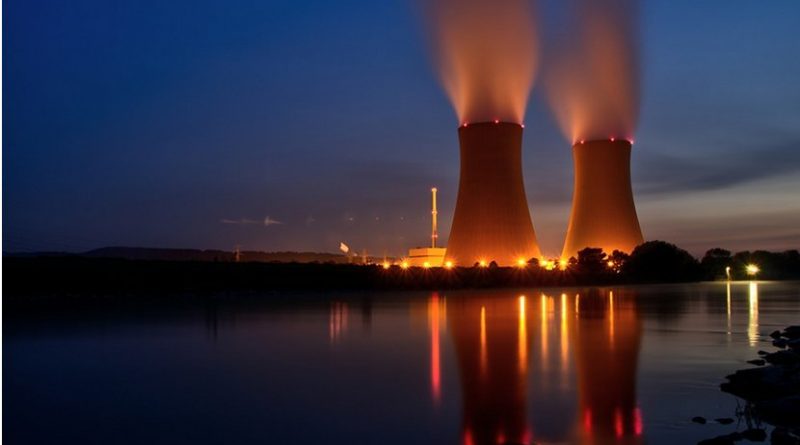 Environmentalists have long promoted renewable energy sources as better for nature. But a new study suggests that the expansion of mining for the materials to make solar panels and wind turbines may pose a greater threat than climate change to endangered species.

“Most mining areas (82%) target materials needed for renewable energy production,” note the authors in the peer-reviewed journal Nature Communications. And, they add, “these new threats to biodiversity may surpass those averted by climate change mitigation.”

The study comes at a moment when the expansion of solar and wind energy is increasing local opposition, raising electricity prices, and contributing to electricity shortages.

Recent electricity outages in California forced the state’s governor to acknowledge the dangers posed by attempting to rely on unreliable sources of renewable energy.

“We cannot sacrifice reliability,” Gov. Gavin Newsom said on August 17. “We have to sober up to the reality that… we’re going to have to do more, and be much more mindful, in terms of our capacity to provide backup and insurance.”

The problem with relying on solar panels is that the sun sets during peak demand, which is between 5 pm and 10 pm, requiring a massive ramping up of natural gas power plants. And the same lack of wind behind the heatwaves has also meant a lack of electricity from industrial wind turbines.

As renewables have faltered, pro-nuclear environmentalists have become increasingly vocal, even in Germany, the world’s most anti-nuclear nation.

“In the following weeks, there will be similar rallies,” reported the Frankfurter Allgemeine Zeitung (FAZ) last week, “where the five other German nuclear power plants that are still running but whose operating licenses will soon expire.”

Over the next six weeks, there will be over forty pro-nuclear demonstrations around the world organized by the Nuclear Pride Coalition. (My nonprofit organization, Environmental Progress, is a member of the coalition, but did not organize the demonstrations in Germany, France, or other nations.)

The chairman of Nuklearia is Rainer Klute, a computer scientist and “eco-modernist.” That’s someone who, according to FAZ, “wants to save the world by relying on modern technology, not on using jute bags.” FAZ noted that Klute is finding allies “among those who oppose wind turbines out of concern for noise and the landscape.”

It wasn’t the first pro-nuclear demonstration in Germany. In December 2019, 120 people from Germany, Poland, Switzerland, Austria, the Netherlands, and the Czech Republic rallied near the Philippsburg nuclear power plant, forty-five minutes from the French border, which the German government had forced to close prematurely.

A similar dynamic has played out before. Merkel publicly declared former German Chancellor Gerhard Schroeder’s decision to work for Russia’s natural gas company “not acceptable.” But she did, in the end, accept it.

Merkel used similarly strong language after the Russian government intervened in Ukraine. “Merkel issues rebuke to Russia,” a New York Times headlineblared in 2014, “setting caution aside.” But in the six years since, Merkel has deepened Germany’s dependence on imported Russian gas.

Klute and Peters note that if Germany kept its nuclear plants open, and even expanded them, the nation could be as free both of coal and of Russian gas, as France is. That nation’s nuclear-heavy electricity supply produces one-tenth of the carbon emissions per unit of electricity as Germany’s, for little over one-half the price.

Klute acknowledges that he is a long way from winning over a majority of support from his fellow Germans, but stresses that popularity isn’t the only factor nations must consider when deciding what kind of energy to use.

And Klute notes that the times are changing. “When Angela Merkel is no longer Federal Chancellor,” he notes, “politicians will also dare to take our side.” Merkel will leave office next year.

In the end, it may take a more serious rattling of the global order, such as the withdrawal of the United States from NATO, to persuade a nation like Germany to hang on to its nuclear plants.

As the failings of renewables have become more apparent, journalists have started covering pro-nuclear demonstrations more fairly and respectfully than they had in the recent past.

But in June, France’s anti-nuclear Le Monde covered the pro-nuclear protest of Greenpeace in Paris far more fairly. “We are here to denounce the untruths of Greenpeace on nuclear power,” pro-nuclear leader Myrto Tripathi is quoted as saying.

Even German media are changing. In mid-July, Die Zeit, a major newspaper, published an article by Klute’s colleagues titled, “Stop the Nuclear Phase-Out!” And in mid-August, Der Spiegel published a long debate that gave space for pro-nuclear and anti-nuclear activists to make their case.

But the biggest change to nuclear’s reception and perception can be seen on social media.

As recently as 2016, I had to routinely refute on Twitter obviously false claims, such as that nuclear energy isn’t low-carbon energy. Such claims have largely disappeared from view. And, in the rare instance they are still made, I find others debunking them before I have a chance to.

And there have been some recent surprises. Over the last few weeks, Isabelle Boemke, a 29-year-old Brazilian model with a large social media following, has released a series of videos about the environmental benefits of nuclear.

“One uranium pellet, about the size of a gummy bear, has as much energy as 2,000 pounds of coal,” she notes in a September 6 Tik Tok video that has been viewed a half-million times.

“This means we can create an insane amount of energy in smaller spaces, which means it requires less land, which is great news for the environment,” she explained.

Financial Times columnist Jonathan Ford made a similar point in his recent article about Greenpeace’s opposition to the proposed solar farm.

“It all goes to illustrate one of the awkward truths about renewables,” wrote Ford, “and one that is often buried beneath impressive statistics showing the declining cost of solar panels and wind turbines. Their relatively low ‘power density’ makes them more consumptive of resources.”

“One [New York] resident handing out flyers opposing the [wind energy] project found a dead rabbit in the mailbox,” reported The Financial Times. “This project is tearing our previously peaceful community apart,” he says.

And it’s their low power density that scientists say may make renewables a greater threat than climate change to endangered species.

Home » As Renewables Falter, Environmentalists Stand Up For Nuclear – OpEd