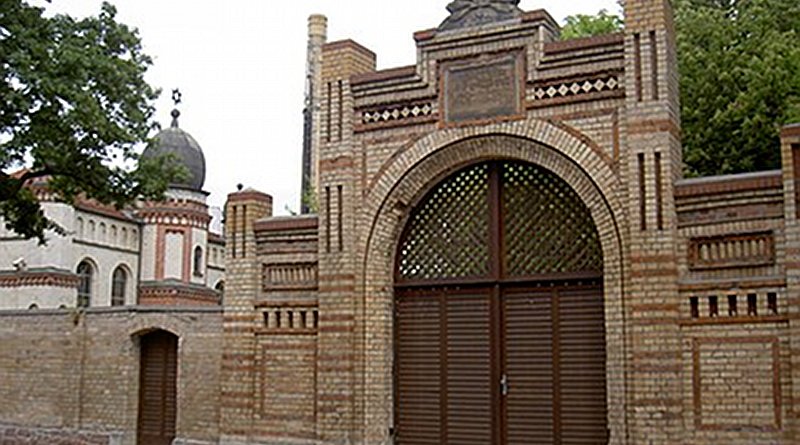 One man has been arrested and the search is ongoing for a second person after at least two people were shot and killed near a synagogue in the German city of Halle on October 9.

Authorities are now describing the attack as anti-Semitic with far-right motives. Horst Seehofer, the German Minister for the Interior has said that a “heavily armed” individual tried to force his way into the synagogue.

Associated Press have reported that the attack may have been broadcast on the streaming service Twitch, though it is not yet clear by whom.

Witnesses said one of the shooters fired into the restaurant, and other places, before leaving the scene. Another jumped into a vehicle and fled.

“Our forces have detained one person,” said a translated tweet from the Halle Police’s Twitter account. “We remain alert, however. We have deployed forces in and around Halle and are trying to stabilize the situation until we have all the relevant information.”

The Bundesanwaltschaft, the Federal Attorney’s Office, has reportedly taken control of the investigation due to the “special significance of the case” and its possible implications to German security.

The police and German authorities were slow to release information about the attack as the investigation continues. The Halle Police tweeted that they could not confirm rumors of a hostage situation, and encouraged people to stay in their homes.

According to German media, the head of the city’s Jewish community stated that the gunmen had attempted to enter the synagogue, but were turned away by security. The two then split up, and at least one opened fire at other targets.

One of the victims died in the restaurant, and another was killed on the street. A grenade was reportedly found in a Jewish cemetery. There was another shooting in the city of Landsberg, which is located about nine miles away from Halle. It is unclear if these two attacks were connected.

Not much is known about either suspect, although witnesses said they were wearing military-style clothing and a silver helmet. The victims have yet to be identified, other than one was a man and the other was a woman. Several other people were wounded by the gunfire.

Steffen Seibert, spokesman for German Chancellor Angela Merkel, tweeted that “We mourn for the two murdered people. We hope the security forces can quickly catch the perpetrator(s).” He encouraged people to follow the directions of the police so that nobody else gets hurt.

While the motivation has not yet been determined, many German politicians tweeted out statements about the importance of protecting the country’s Jewish population.

“I am shaken! At #YomKippur shots in front of a synagogue in Halle, with dead and injured,” said a tweet from Lars Klingbeil, General Secretary of the Social Democratic Party. Klingbeil said he would be keeping the victims and their families in his thoughts, and added “Jewish life must be protected in Germany!”

Pope Francis has repeatedly spoken out against anti-Semitism in recent months. On March 8, he condemned the rise of such attacks as a “source of great concern,” saying that a “depraved hatred is taking root.”

The pope said it is important to be “vigilant” against anti-Semitic attitudes, to prevent another event like the Holocaust.

“I stress that for a Christian any form of anti-Semitism is a rejection of one’s own origins, a complete contradiction,” said Pope Francis.

He called interfaith dialogue an “important tool” in increasing understanding between Judaism and Christianity, stressing the importance of forming new generation of young people who are committed to interreligious dialogue.