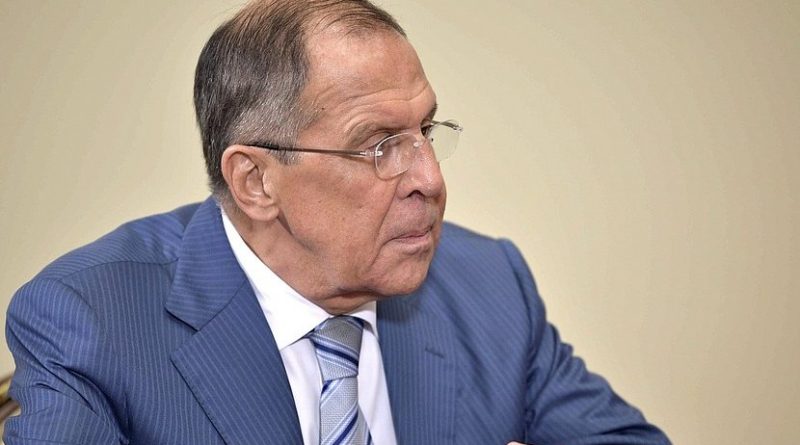 After two weeks of relentless warfare, Azerbaijan and Armenia have agreed to dispatch their foreign ministers to Moscow for “consultations” with the Russian government led by President Vladimir Putin, who is seeking to play a delicate balancing act between Baku and Yerevan.

The big question is, of course, if Putin’s efforts and those of his resourceful and highly experienced foreign minister Sergei Lavrov will succeed in extinguishing the fires that have melted the socalled “frozen conflict” in the disputed Nagorno-Karabakh territory?

The answer depends to a large extent on Azerbaijan, which has so far clung to the position that no cease-fire will be forthcoming until the departure of Armenian forces “occupying” the Azeri territory since the early 1990s.

Baku’s position is echoed by Ankara, in light of a recent statement by the Turkish Defense Minister ruling out a premature cease-fire.  By now, Turkey is deeply embedded in the on-going conflict and President Erdogan has gone as far as stationing several F-16 fighter jets in Azeri airports to assist with Baku’s war efforts; also, Erdogan has reportedly dispatched a few thousand Islamist fighters from Syria and Libya to Azerbaijan, thus raising alarms in both Moscow and Tehran, prompting Iran’s President Hassan Rouhani to warn that Iran will not tolerate the presence of mercenary extremists near its northern borders.

For Russia too, the concern is that the ISIS and other Jihadists terrorists will use the South Caucasus as a launching pad for future operations in the Muslim ramparts of Russian Republic.

Baku, on the other hand, has complained of Armenia’s recruitment of Kurdish fighters in Karabakh which, if true, poses a new threat to Turkey.

While the fog of war at the moment precludes a clear understanding of the true extent of Azerbaijan’s success at the battlefields, still it is fairly obvious by now that Baku had long pre-planned the present offensive in cooperation with both Turkey and Israel, which has furnished sophisticated attack drones to Baku, much to the chagrin of Armenians who have recalled their ambassador from Israel in protest.

As a result, the old territorial conflict over Nagorno-Karabakh has been re-framed as a proxy war, interlaced with new geopolitical considerations traversing the limited objectives of contested sovereignty on the part of Azeris and Armenians.

Against the backdrop of a rapidly expanding NATO at Russia’s doorsteps, US efforts to re-orient Europe away from Russia energy dependency by promoting the Baku-origin gas and oil pipelines, as well as Moscow’s perception of new Western meddling in its spheres of influence including Belarus, the stage is set for a more proactive Russian policy that seemingly does not shrink from moving the chess pieces in South Caucasus in order to counteract the brewing negative developments such as Georgia’s impending NATO membership, assuming that Georgia has not drawn the right lesson from the present conflict, underscoring the exorbitant price of moving too close to the West, given Baku’s change of its balanced approach in relations with neighboring powers in favor of a close alliance with ambitious (pan-Turkic) Turkey.

But, Baku despite being militarily beefed up has key vulnerabilities, such as with respect to the pipeline security in the Ovus region within range of Armenian rockets, which has already been demonstrated by the Azeri report of intercepting an attack, which may have been calculated as a mere warning, in light of Armenia’s possession of more sophisticated Russian-made missiles that have not been operationalized yet.

On the other hand, Putin has made it abundantly clear that Azerbaijan’s attack on Armenia, which is a member of Collective Security Treaty Organization is a red line that will not be tolerated, thus restricting Baku’s military maneuver — to the theater in upper Karabakh, considered a part of Azeri territory by both Tehran and Moscow.

Does this mean, however, that Putin is willing to pressure Armenia to give up Nagorno-Karabakh and the seven adjacent areas it has controlled since the 1991-92 war?

That does not seem likely and the mere fact that Russia is incensed by Turkey’s aggressive role and its Jihadists proxies, confirmed by Syria’s President Bashar al-Assad in a recent interview with Russia’s Sputnik, chances are that we will at best witness incremental changes in the status quo, such as the return of some of the 7 areas aforementioned to Baku’s hands, perhaps in tandem with a new corridor connecting Azerbaijan with the autonomous republic of Nakhchivan, in exchange for the Lachin corridor connecting Armenia to the self-proclaimed Armenian republic in Karabakh, involving Russian separation forces i.e., on the whole falling short of Baku’s maximalist demands.

While it remains to be seen if Baku’s leadership will consent to such a compromise, it is however abundantly clear that the present crisis is also a crisis of opportunity for Moscow to accentuate its hegemonic role in the South Caucasus, as its natural sphere of influence, and thus, as stated above, to reverse some of the present anti-Russian momentum in its periphery.

Simultaneously, in light of the joint Russia-US-France statement as co-chairs of the OSCE Minsk Group, calling for an immediate cease-fire and the resumption of negotiations, it is clear that Moscow sees a new window for US-Russia cooperation on regional crises — that can hypothetically speaking extend to other hot spots in the future.

But, of course, it is a given that such optimistic expectations may fizzle if the warring parties in South Caucasus fail to reach an agreement and the crisis continues.

Home » Can Russia Restore Peace In The Caucasus? – OpEd

The continued increase in COVID-19 infection around the world has led scientists from many different fields, including biomedicine, epidemiology, virology,