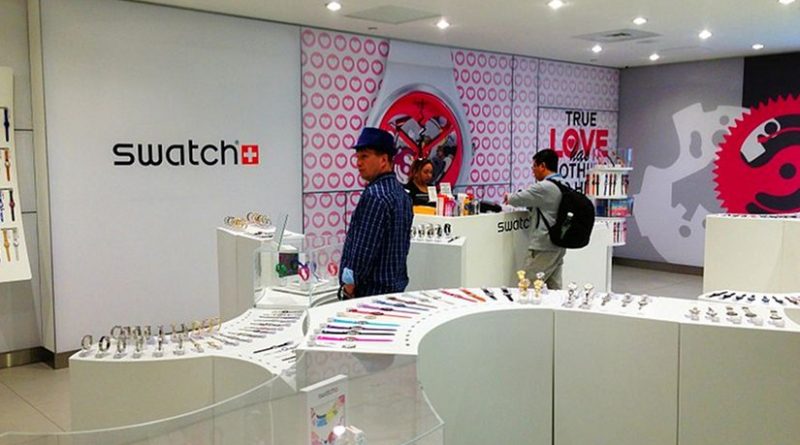 Rare 1980s timepieces from Swatch’s heyday are being sold at a Geneva auction on Tuesday. The collection retraces the brand’s early creative period that helped save the Swiss watchmaking industry.

Stored in an attic in canton Neuchâtel for years, the collection of 1,000 original watches being sold by Sotheby’s includes 380 prototypes, as well as technical drawings, dials, sketches and artwork. It belongs to Swiss designers Bernard Müller and Marlyse Schmid, who created Swatch’s iconic visual identity in the early 1980s.

The Schmid & Müller collection is hugely significant, according to Sotheby’s watches department manager Pedro Reiser. The auction house estimates it to be worth around CHF1 million ($994,000).

“It’s very rare to have such an extensive collection,” he explained. “This completely unique and historic selection of timepieces, components, and designs maps out the creative process during the fascinating early years of Swatch.”

Independent watch designers Schmid and Müller were part of a small team, which included Müller’s engineer brother Jacques, who worked on the secret project “Vulgaris, Caliber 500.121” at the start of the 1980s to develop the first Swatch. It was officially launched on March 1, 1983.

“Much like a rock band, from the very start this small core of people forged a very strong bond, and it was an explosion of creativity, collaboration and joy, with the aim of giving the very best of ourselves for this unique project,” said Müller.

The original idea of the Swatch was to create a quality Swiss-made plastic watch, which was strong, precise, water-resistant and affordable – the production costs could not exceed CHF10.

Swatch was a technical breakthrough. Each one had 51 parts, as opposed to nearly 100 needed to make a traditional wristwatch, making it 80% cheaper to produce by fully automating assembly.

Reiser said the team “made their own new rules” for every aspect of the watchmaking and design process and shared ideas, such as on the strap design.

“They took great risks. Nobody really knew how successful this project would be. It was so unique and they worked well together,” he added.

“For us the challenge was to establish plastic as a noble product,” said Müller. “Among the various components, the watch dial was the most expensive piece. This initially meant we were only able to use one or two colours at most. Swatch’s almost instant success allowed us free reign with our creativity, enabling us to change the look in an infinite number of ways following new fashions and trends.”

The lot sold in Geneva contains the original Jellyfish Swatch — the first transparent watch dating back to 1983, which gave birth to a trend in see-through watch movements. Designed by Marlyse Schmid, it was part of a limited edition of only 200 pieces.

It also includes original prototypes from the “Swatch Art Special” series, launched in 1985. The very first model featured artwork by “Kiki Picasso”, the French painter, moviemaker and designer Christian Chapiron, and a complex, layered design. At the height of Swatch hype at the end of the 1990s a single model sold for CHF60,000.

Another highlight is a series of models and artwork by cult US artist Keith Haring. Swatch had initially contacted Andy Warhol to work with the brand but he declined, instead suggesting his young protégé. Haring, who shot to fame for his colourful paintings, murals and subway art, took two years to come up with his 1986 collection of six designs.

With its inexpensive brightly coloured plastic watches with constantly changing quirky designs, many people view the iconic Swatch brand as the saviour of the Swiss watch industry during the 1980s. At the time, the Swiss watch sector had underestimated fierce competition from quartz watches produced cheaply in Asia and faced 60,000 job losses.

Specialists say Swatch’s success in the 1980s was partly due to its unrivalled, innovative marketing strategies, orchestrated by founder Nicolas Hayek. Hayek brought in marketing skills from outside the industry to build an identity around a low-cost, trendy, youthful brand. One million watches were sold within 12 months of its launch.

“Given the economic situation of the Swiss watch industry, the 1980s was a fertile period to implement an innovative new product,” said Müller. “Swatch’s pleasant shape and the infinite variety of colours and disguises immediately seduced the general public.”

The Geneva sale comes amid renewed interest for vintage watches like Swatch. In April, Sotheby’s auction house in Hong Kong sold one of the biggest private collections of Swatch watches in the world – 5,800 timepieces collected over a period of 25 years – for $6 million.

As he bids farewell to his unique collection, Müller’s final wish is that it somehow manages to stay in one piece and enriches other Swatch collections.

“This collection represents a piece of historic Swiss watch heritage. It’s the DNA of a global product,” Müller told swissinfo.ch.