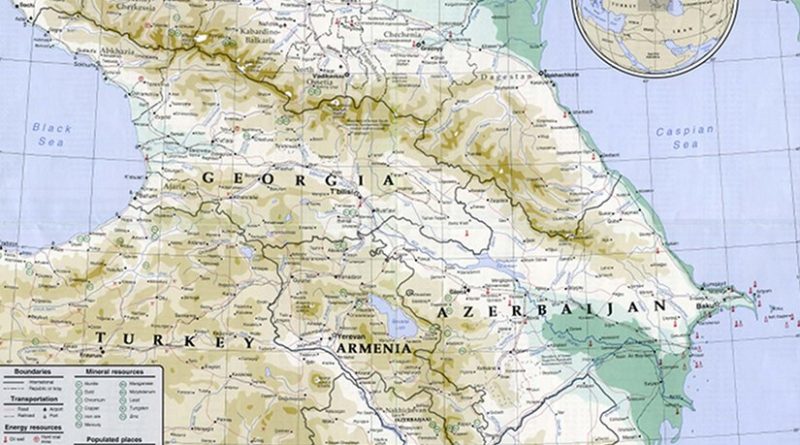 On the cusp of what appears a new era of unpredictability in international affairs, countries in the Caucasus, that sensitive borderland between East and West, are wondering what to expect from Donald Trump, the United States’ choice for president.

In what many see as schadenfreude, Moscow is the only place in the larger region where politicians unabashedly hail Trump. The State Duma, in fact, met the news of Trump’s victory with a standing ovation.

“Man to man, I don’t envy Bill Clinton because his old lady, for whom he trailed around all the states like a threadbare backpack, will be going through the roof over losing,” predicted Sergei Mironov, leader of the social-democratic Fair Russia.

“Our dear Trump, congratulations on your victory,” chimed in the Liberal Democratic Party’s Vladimir Zhirinovsky, an ultranationalist known for his ebullient pre-election endorsement of Trump. “Babushka Hillary should go have a rest,” he advised.

For his part, President Vladimir Putin refrained from gloating and said he looks forward to working with Trump to end the crisis in US-Russian relations.  One Facebook spoofer, however, could not resist depicting him signing a decree naming Trump head of the “North-American federal district [округ].”

While Russian officials could well be rubbing their hands at the sight of a divided and weakened US, many Russians think they get Trump because they know the type. He has been compared to the “new Russians” of the 1990s; a breed of new-money philistines often sporting tracksuits and gold chains.

Andrei Kolesnikov, an analyst with the Moscow chapter of the Carnegie Endowment for International Peace, said that for the average Russian, Trump cuts a familiar political figure. “A politician of that type has been a constant in Russia for the past 25 years,” he wrote.

South of Russia, across the Caucasus mountain range, where Washington is often seen as a much-needed counterbalance to Moscow, reactions have been less enthusiastic.

The leaders of Armenia, Azerbaijan and Georgia made sure to send in the requisite pleasantries to the US president-elect, too.

In what appeared to be a fill-in-the-name statement, Armenian President Serzh Sargsyan hailed Trump’s “experience” and “vision,” and expressed confidence that “the Armenia-US close partnership… [will be] expanding and reaching new heights in diverse areas.”

With similarly general words, Azerbaijani President Ilham Aliyev kept the focus on resolving the conflict with Armenia over breakaway Nagorno-Karabakh, expressing hope that “the U.S. . . .will contribute to a fair settlement of this conflict.”
.
Georgian President Giorgi Margvelashvili used more direct speech, saying that the world expects responsible leadership from a US president. “Humanity faces new challenges, growing and interconnected threats, which puts a great responsibility on us to protect universal values, such as freedom, democracy and peace,” Margvelashvili said.

But local analysts seem fairly confident that all three countries had been rooting for Hillary Clinton.

Washington plays a mediating role in the Karabakh conflict, and both counties would have benefited from a US president who is aware of it, the thinking goes.

“The election of Clinton, who is knowledgeable about Caucasus affairs from her time as secretary of state, would have meant Washington’s more active role on a few questions of vital importance for Azerbaijan, with the number one being the Nagorno-Karabakh conflict,” said Azerbaijani political analyst Zaur Shiriyev.

Arguably, some might say, particularly so given that Azerbaijan’s US embassy uses a lobbying firm, the Podesta Group, run by the brother, Tony Podesta, of Clinton’s campaign chairperson, John Podesta.

But Clinton ranks as more of a known quantity for Armenia, too. “Obviously, Hillary is more predictable, [including] when it comes to Armenia and [the] South Caucasus,” said Mikayel Zolyan, a policy analyst with the Regional Studies Center, a Yerevan-based think-tank.

There was some hope in Armenia that Clinton would have given the failed 2009 attempt to reconcile Armenia with its old foe, Turkey, another try. Zolyan, though, is skeptical.

“I tend to agree with those who say that she would not want to touch something [that] she got burn[ed] with,” he told Tamada Tales. Still, Zolyan believes Clinton would have played an active role in the region, a geographical area she has visited and knows. By contrast, he said, Trump has little knowledge of or interest in this part of the world.

“I tend to think that he will probably not be interested in the South Caucasus” and all region-related decisions will simply be left to State Department officials to make, Zolyan said.

In 2012, Trump visited the Georgian port-city of Batumi, then the prospective site of another hotel bearing his name, and his daughter, Ivanka, has made it to Baku to check in on another Trump hotel project. But neither hotel has been built.

Nonetheless, a commentator for Azerbaijan’s pro-government Trend news service expressed hope that Baku’s own construction project would bring the entrepreneurial Trump to their energy-rich country.

Trump has scared off many Georgians by wafting kisses at Putin, Georgia’s biggest bête noire. A sense exists that a Trump administration would care less about protecting Georgia from Russia’s imperial ambitions.

But Georgia may reap one unexpected benefit from a Trump presidency: the country features among The Telegraph’s 15 best places in the world for emigration by Americans who can’t stand having Trump for president.

2 thoughts on “How Will Donald Trump Handle The Caucasus? – Analysis”