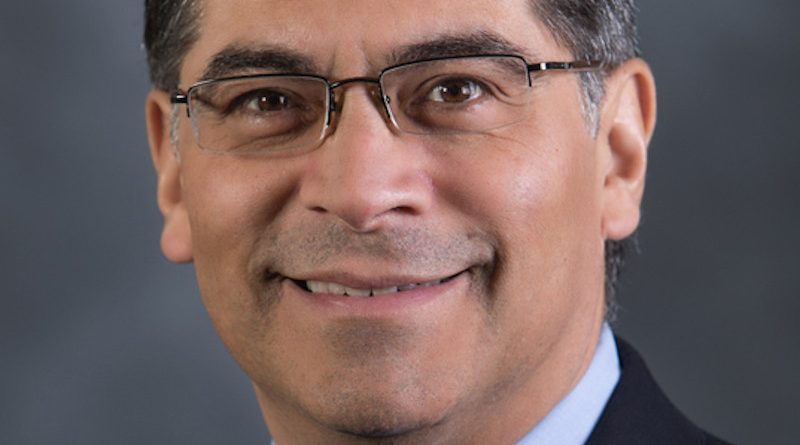 As pointed out in detail, it is indisputable that Xavier Becerra is a threat to life—at its beginning and at its natural ending—and to religious liberty. This alone is enough for practicing Catholics to be outraged, but given that he claims Catholic status, it spells grave danger.

Like many Catholic politicians who rail against the most serious public policy positions of the Catholic Church, Becerra does not flag his Catholic identity, though he does roll it out when it suits him. For example, in 2013, when speaking in support of illegal aliens obtaining American citizenship, he said he was a “proud Latino of Catholic heritage.” In 2018, he sported his brilliance when he concluded that “maybe you don’t have to be Catholic to be a good person.”

In other words, in the few times when Becerra has spoken about his religion, it has been done either to showcase his identity politics or to prove the banality of his thinking. There is no public record of him ever reflecting on how his Catholic upbringing shaped his life.

If Becerra were to be confirmed by the Senate, he will surely do what he can to promote abortion-on-demand, with public funding, and to undermine religious exemptions.

This raises a question about his boss: Why would Biden, another self-professed Catholic, want to appoint an enemy of the Catholic Church to the one cabinet post where he can do the most damage? The obvious answer is because Biden himself is at war with these Church teachings.

This is nothing new for Biden. Consider who was the first HHS Secretary under the Obama-Biden administration: Kathleen Sebelius. She is responsible for the HHS mandate that sought to force Catholic non-profits to pay for abortion-inducing drugs in their healthcare plans. In short, she was the single most important person to crusade against the Little Sisters of the Poor, nuns whom Biden pledges to crush again (they won in the Supreme Court this past summer).

Sebelius was never conflicted about abortion. Indeed, she was best friends with Dr. George—the Killer—Tiller, the man who, by his own admission, performed over 60,000 abortions, specializing in partial-birth abortions. He contributed mightily to her campaign when she ran for governor of Kansas. Moreover, Associated Press reported that Gov. Sebelius lied about the amount of money she received from him. Tiller knew that if he greased her, she would not interfere with his “profession.” He was right about that.

In 2002, Sebelius described herself as “a practicing Catholic.” Four years later she said, “My Catholic faith teaches me that life is sacred. Personally, I believe abortion is wrong.” She said this immediately after she vetoed a bill that would have strengthened her state’s ban on late-term abortions.

In 1992, when Sebelius was a state legislator, Archbishop Ignatius Strecker rebuked her for leading what he dubbed as a “death-march of the unborn.” When she became governor of Kansas in 2003, Archbishop James Keleher asked her to move her inauguration interfaith service from Topeka’s Assumption Catholic Church. She refused. Then Archbishop Joseph Naumann called her out, challenging her to name one instance in her long legislative career where she supported limiting abortion rights. She could not. He subsequently asked her not to go to Communion.

Biden has been asked by some members of the Catholic clergy not to go to Communion. That was before he became even more extreme in his defense of publicly funded abortion-on-demand.

Los Angeles Archbishop José Gomez, president of the United States Conference of Catholic Bishops, recently expressed his concerns about Biden’s views and his religious identity. He asked Detroit Archbishop Alan Vigneron to chair a special committee to deal with this issue.

Now that Biden has picked Becerra to be his new HHS Secretary, continuing the legacy of the Obama-Biden administration’s record of choosing Catholics who are at war with the Church for this post, Vigneron, and all the bishops, have their work cut out for them.

Biden has made his move. It is up to the bishops to make theirs—they are now in the Catholic equivalent of the Situation Room.