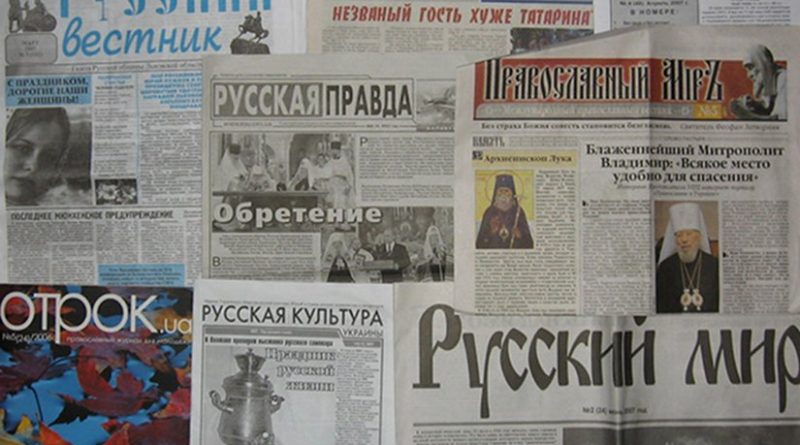 Print media are going out of business because of shrinking readerships, advertising budgets, and cutbacks in subsidies from governments or owners, a trend that will undermine the communities that depend on them much as the closing of schools and post offices does even if some of them are able to make the transition to electronic versions.

In addition, and perhaps by design, their closure will mean that there will be less coverage of official actions by governments at all levels and that Russians will simply know even less than they do today about what is going on in their communities and among the powers that be ruling over them.

This week brought the news that the Kommersant media empire is suspending publication of the paper versions of two of its flagship journals, “Dengi” which was devoted to financial news and “Vlast” which covered political developments. Not surprisingly their demise has sparked much discussion (profile.ru/obsch/item/114483-kommersant).

The closure of these two weeklies, which had a combined circulation of 60,000, is only the latest in a long line of print media shut downs in Russia in recent years, which includes, at the national level, such outlets as “Afisha,” “Iz ruk v ruki” where the number of journalists employed fell from 2600 to 360, “Novyye izvestiya,” “The New Times,” “Allure” and “Conde Naste Traveller.”

Aleksandr Oskin, president of the Association of Print Production Distributors, told “Profile” that the publications were being shuttered just now “not only as a result of the economic crisis but also because of the lack of a desire on the part of the government to help the media sector.”

And he said that the notion that electronic media can simply substitute for print media is misguided: as other countries have shown, the best situation is when the electronic version and the print version work together, supplementing each other rather than either thinking it can do without the other.

The state of the print media may be even worse at the local level, commentators and journalists say. Many local papers which have been in existence for decades are folding as their readership declines and local governments cut back subsidies (thebarentsobserver.com/en/civil-society-and-media/2017/01/local-russian-newspapers-crisis).

Only about one Russian in ten subscribes to any paper now, down from far larger shares in the Soviet past. And while this is a worldwide trend, its impact on Russia is likely to be even greater given the role that the print media has traditionally played there