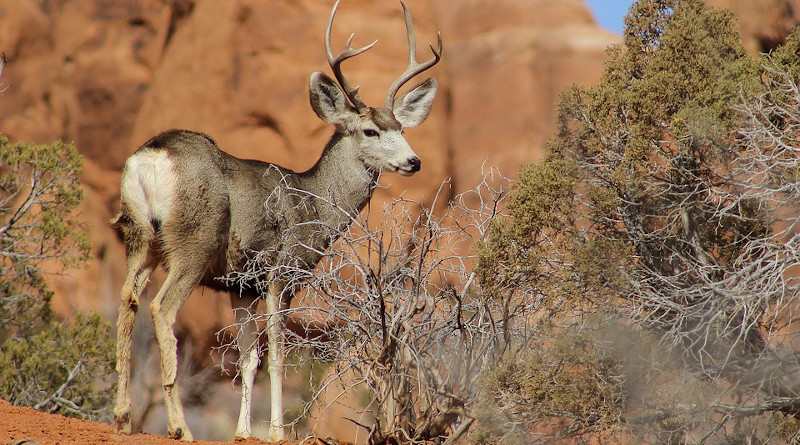 A new study shows that surface disturbance from energy development can hinder mule deer migrations when it exceeds 3 percent.

Researchers from the University of Wyoming and Western Ecosystems Technology used 15 years of movement data collected from GPS-collared mule deer in western Wyoming to evaluate how much disturbance mule deer could withstand during migration. The study was conducted in the Pinedale Anticline — the sixth-largest natural gas field in the nation and home to one of the largest deer herds in West.

The findings were published in the Journal of Wildlife Management.

The authors note that similar disturbance thresholds likely vary across development types — such as wind, solar and residential – as well as geographic regions and species.

“There is a growing need to understand and predict how our migratory animals respond to disturbed landscapes, so we hope to expand this type of work in the future,” says Jerod Merkle, who is the Knobloch Professor of Migration and Conservation Ecology at UW.

Mallory Lambert, a UW graduate student and study co-author, says the next steps will be identifying disturbance thresholds for migrating pronghorn and wintering mule deer.