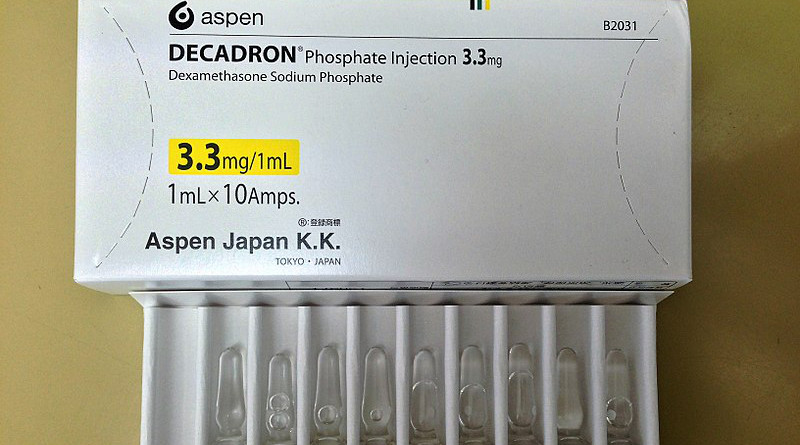 COVID-19 continues to attack different parts of the world. While several potential cures have been introduced to fight the disease, they have all failed to achieve the desired results. With cases continuing to rise, various cures have experienced popularity due to their limited efficacy.

Anti-malarial medicine Hydroxychloroquine was touted as the first and most effective cure for COVID-19 with several limitations that cannot be ignored. An analysis of the drug published in the journal Med found that administering it – with or without the antibiotic Azithromycin – had no benefit in the cure of COVID-19. In fact, the US Food and Drug Administration (FDA) observed that patients were at a greater risk when they were given this combination rather than the anti-malarial drug alone. Moreover, in recent times, Hydroxychloroquine’s effectiveness has come under greater scrutiny. For example, a recent study on Hydroxychloroquine showed that the drug did not cause any “statistically significant difference in symptom severity or prevalence over the 14-day period [of the study].” Moreover, that study even found adverse effects occuring in nearly half of the patients who received the drug.

Whereas, Remdesivir – which unlike Hydroxychloroquine has not undergone expansive studies, has also emerged as a major potential drug against COVID-19. Despite insufficient information about Remdesivir’s safety and effectiveness, the US Food and Drug Administration (FDA) released an Emergency Use Authorisation (EUA) because it showed a reduction in the recovery period in certain COVID-19 patients. This has also been challenged by a recent study. The earlier touted effect of reduction in time to recovery has not been found to be uniform across all patients. More so, it is now clear that the recovery period only reduced for those patients with mild or moderate symptoms.

Amidst recent studies that have further questioned the effectiveness of Hydroxychloroquine and Remdesivir, Dexamethasone has emerged as the newest possible cure.

Following the arguments around the efficacy of Hydroxychloroquine, scientists have now made a major development in the world’s fight against the pandemic. The anti-inflammatory drug, Dexamethasone, has been presented as a possible cure for the disease during a clinical trial conducted in the United Kingdom. The biggest global clinical trial, the Randomised Evaluation of COVid-19 thERapY (RECOVERY) trial, sought to test the efficacy of a selection of treatment channels: Lopinavir–Ritonavir, Tocilizumab, Azithromycin, Convalescent plasma therapy (CPT) and the corticosteroid Dexamethasone.

The clinical trial results showed that one death was prevented with the use of this drug among every eight COVID-19 patients who were put on ventilators. Similarly, one death could be prevented in every 25 patients with COVID-19 who had received the drug and were on oxygen. According to Sam Pernia, Associate Professor and Director of critical care and resuscitation research at New York University Langone Health, backed the results stating that the trial was conducted by a “very reputable group” and the trial had a “very large sample size”. However, the chief investigators of the RECOVERY trial said that they would publish detailed report of their findings at the earliest, and possibly shed light on some less than satisfactory results of the trial, such as – no significant benefits for those patients who were not receiving any form of respiratory support.

With the data published, it was enough to cause the world to hail Dexamethasone as the new-found cure for COVID-19. Mainly because, Dexamethasone is a medicine that decreases inflammation by producing anti-inflammatory hormones by the human body. To fight off the novel coronavirus, the body’s immune system causes inflammation to occur. In its response, the immune system sometimes goes into an overdrive (proving to be fatal in some cases) and Dexamethasone helps to calm this effect. Moreover, Dexamethasone has been promoted worldwide not only for the positive findings it generated during the RECOVERY Trial, but also for its affordability. Dexamethasone is made by many Indian manufacturers and is sold for less than Rs.10 for 10 ml.

While a few Indian doctors are weary of using Dexamethasone without studying and conducting their own analyses of the full text of the trial’s findings, others are hopeful of its efficacy. Some view this to potentially help in reducing the mortality rate of ventilated patients. This comes with a cautionary note, however: Dexamethasone should not be used at home or for patients with mild symptoms. After all, it is a steroid and might exacerbate the condition, proving to be very risky and even life-threatening.

Dr. Shashank Joshi, a member of Maharashtra’s COVID-19 task force, said, “This (the trial’s findings) is a clearly good observation in the ventilator cases. We have been using IV Methylprednisolone judiciously in appropriately selected cases…to save lives and prevent them from going on the ventilator. Once a patient is ventilated, then the mortality rate is very high, for which Dexamethasone now seems to be [a potential treatment option].” He went on to advise against the use of the drug at home or in mild cases as, “It’s a contra-indication because it may aggravate their condition and may be dangerous.”

Others, such as Dr. Behram Pardiwala, an Internal Medicine Expert at Wockhardt Hospitals, have a more approving view of the drug. According to him, India has anyway been using steroids such as Dexamethasone since the beginning of COVID-19’s spread in the country.

While there is no appropriate data to corroborate Dr. Behram Pardiwala’s statement on India’s initial use of steroids such as Dexamethasone, the country’s Union Health Ministry took a major decision regarding the drug on 27th June. It announced a reconsidered version of the “Clinical Management Protocol: COVID-19” which entailed the advice to use Dexamethasone instead of Methylprednisolone for treating moderate to severe cases. According to this protocol, Dexamethasone can be used to treat COVID-19 patients who require oxygen support and those who show excessive inflammatory response to the disease. This followed the World Health Organisation’s (WHO) directives, which stated that the drug should be administered only to patients with severe conditions and under medical supervision.

Now, when major medical institutions including the World Health Organisation (WHO) have approved the use of Dexamethasone for severe vases, the only question that remains is whether there is adequate supply and production of this partly working cure for the disease. The US FDA has already added Dexamethasone to the current drug shortages list found on its website.

Following the United Kingdom’s Trial of the drug, the WHO asked for an immediate increase in its production. While the top markets by value for Dexamethasone are the European Union, United States and Japan, the countries that account for the highest volumes for the medicine are India, China and Indonesia, with Indian pharmaceutical firms having the biggest stake (46 percent of share in the global volume). While the Active Pharmaceutical Ingredient (API) for Dexamethasone majorly comes from China, some industry executives are expecting a rise in demand for the export of this drug, regardless of the country’s own utilisation.

Thus, Dexamethasone seems to be a better treatment option than Hydroxychloroquine and maybe even Remdesivir. However, it is clear that it neither can be taken as a preventive measure nor for mild cases of the disease, but could possibly help patients who are critical and are on ventilators.

The author is a Research Intern, ORF

Home » Is Dexamethasone A Cure For COVID-19? – Analysis