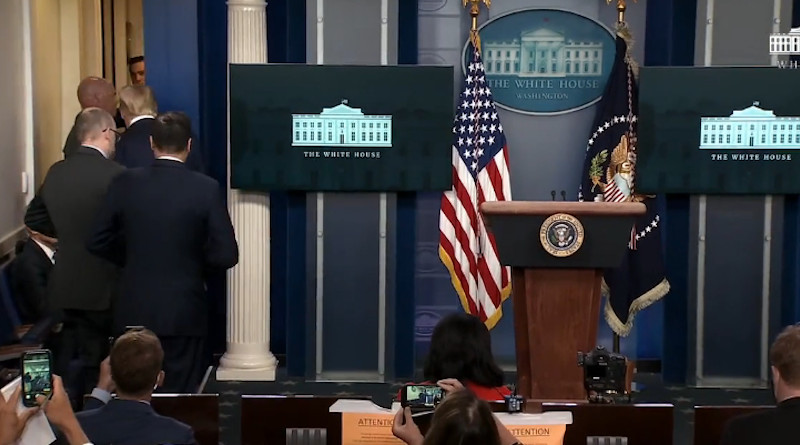 US President Donald Trump’s press conference was interrupted after just a couple of minutes by the Secret Service, which ushered him out of the briefing room amid reports of shots fired near the White House.

Armed Secret Service police were seen patrolling the grounds of the presidential residence on Monday afternoon, as puzzled reporters were ordered to leave the briefing room. Multiple outlets reported two “loud pops” outside the White House.

“It was a shooting outside the White House,” Trump said after the press conference resumed, thanking the Secret Service for its quick reaction. One person was taken to the hospital, in unknown condition.

According to multiple reporters, the incident took place on 17th Street NW and Pennsylvania Avenue, near the Old Executive Office Building. Trump said that law enforcement shot a suspect.

The incident “might not have had anything to do with me,” Trump told reporters. There has been a spike in gun violence in the US capital in recent months, following the anti-police protests triggered by the death of George Floyd, an African-American man, in police custody in Minnesota.