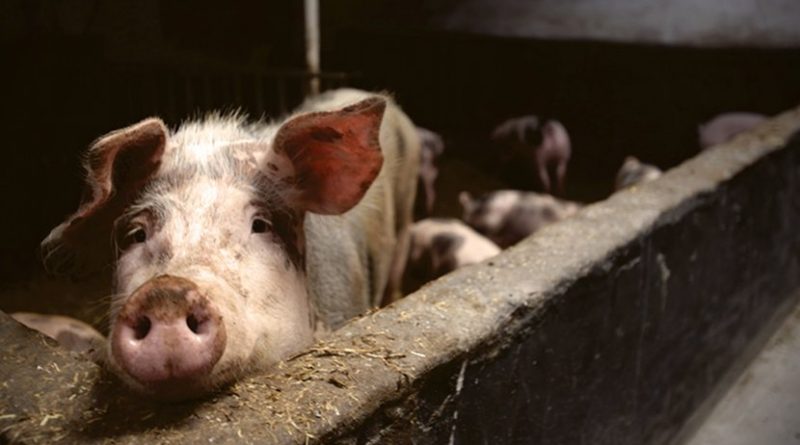 African swine fever was first detected in East Africa in the early 20th century. It is transmitted by ticks or by direct contact between animals, and is caused by a virus for which the natural reservoirs are African wild suids (warthogs, bush pigs, etc). While these carriers do not develop symptoms, in domestic pigs and wild boar, ASF causes a violent haemorrhagic fever with a mortality rate of up to 100%.

Since its emergence, the disease, against which there is no vaccine, has spread throughout sub-Saharan Africa. It has also spread beyond the continent several times, causing substantial economic losses in many countries, from Europe to South America.

A new disaster scenario is now on the cards: the potential arrival of ASF in China, which has more than half the total global pig population on a third of its surface area.

In an article published this summer in the journal The Veterinary Record, an international team looked at the various factors that may play a role in the emergence of the virus in China, and studied the probable ways in which it spreads. The researchers from CIRAD and their partners involved compiled substantial amounts of data with a view to assessing the impact of movements of people, goods or wild boar, the consequences of various livestock farming practices, etc.

“Each year, China produces 500 million pigs, including 40% on small family farms that sometimes have just one or two pigs. The country could become a vast virus reservoir if ASF were to become established,” said François Roger, a researcher with CIRAD and Deputy Head of UMR ASTRE. “This would be a threat to emerging economies in Southeast Asia, where pig rearing is growing rapidly. Moreover, the economic and cultural impact would be devastating, as pigs play a central role in these Asian societies. The authorities in China are aware of this, and are keen to improve the country’s preparedness before the disease arrives.”

Anticipating better thanks to an integrated approach

This work showed that there is a very real risk of ASF emerging in China. The country has trade links with a multitude of countries, and welcomes growing numbers of visitors from world regions affected by the ASF virus.

Furthermore, between 1990 and 2011, imports of pigs and pig products were multiplied by 25. While there is a ban on imports from countries affected by ASF, we cannot afford to overlook the risks linked to smuggling. The stakes are high, notably since the virus survives easily in processed products such as cured meats.

“One bit of leftover contaminated sandwich that is thrown away and then eaten by a pig is all it takes to trigger an epidemic,”  François Roger said. “But waste and swill from aircraft, boats and restaurants are often used in Chinese pig farms.”

This practice, which is now banned in most countries, was probably behind the introduction of ASF into Georgia in 2007, whence it spread to East Europe and Russia, and into Madagascar in the late 1990s.

Given the multitude of factors that affect the emergence of ASF, managing the risk effectively will require an integrated approach combining science and policy. This work was a first step in that direction. The next stage will be to build a risk analysis model and assess in more detail the role of surveillance networks. These objectives are to be pursued by the project that will replace the EU LinkTADs project, which ended in 2016 and set out to boost collaboration between European and Chinese experts.

China is currently the world’s leading animal product producer, and could therefore benefit from CIRAD researchers’ expertise in the fields of epidemiology and health risk management.