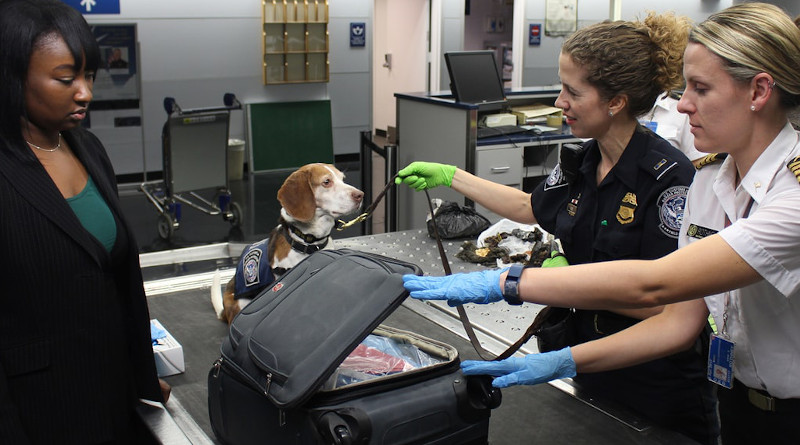 The Transportation Security Administration (TSA) has reported that it found 4,432 firearms in carry-on baggage at airport security checkpoints in 2019, and more than 20,000 firearms since 2014. New research published in the INFORMS Journal on Applied Analytics suggests that they could have found even more.

The initial reaction to these numbers is shock and concern. It’s easy to jump to conclusions about airline security, but Sheldon H. Jacobson of the University of Illinois at Urbana-Champaign is encouraging air travelers to look closer.

Jacobson was funded in 2001 by the National Science Foundation (NSF) to conduct research on risk-based security and its impact on improving airport security following 9/11. This research provided the technical foundations for PreCheck, a prescreening program for airline passengers that conducts background checks and fingerprinting prior to travel to ensure a speedy travel experience. The amount of passengers prescreened through PreCheck rose from 2014 through 2017, leveling off since then.

While this new study, “Using Risk-based Security to Quantify the Number of Firearms Missed at Airport Security Checkpoints,” reveals an uptick in firearms found at airport security checkpoints from 2014 through 2019, and estimates thousands more missed, the results aren’t bad, they’re good.

“This 2018 and 2019 data trend suggests that increases in firearms detected since 2017 are largely due to more passengers being screened using PreCheck,” said Jacobson, a founder professor of computer science at the University of Illinois. “Moving forward, the most effective way for the TSA to miss fewer firearms in carry-on baggage at airport security checkpoints is to increase the number of PreCheck qualified screenings.”

What we are seeing is an enhanced focus from TSA agents because they can slow down, as lines are being reduced due to prescreened passengers, and pay closer attention to higher risk passengers who have not been prescreened.

Jacobson used publicly available data on firearm detection, number of passengers screened, and the fraction of passenger screenings in PreCheck lanes to estimate the number of firearms missed at airport security checkpoints in the United States. Under the assumption that firearms are only being detected in standard screening lanes he estimates as many as 4,600 firearms may have been missed by TSA officers in carry-on baggage at airport security checkpoints during the above time frame.

Another point to note, amid the current COVID-19 pandemic, with 94% fewer travelers from March 22, 2020 through April 22, 2020 and 75% fewer passengers in July 2020, officers working standard lanes are more focused, so miss less, creating a PreCheck-like environment in standard checkpoint lanes. Ironically, the 65% miss rate, cited in a recent editorial written by Jacobson about the impact of this reduced number of passengers, is consistent with the numbers in the new paper.

“Although the TSA has missed thousands of firearms at airport security checkpoints, none of these missed items have resulted in any malicious activity,” adds Jacobson. “Given that risk-based security is more about people rather than items, partitioning passengers according to their risk is the most effective means to ensure a secure air system for all.”

The study comments that making PreCheck available to anyone (at a cost below the current $85 for five years) wishing to enroll and undergo the background check, would enhance overall air system security and improve passenger service, a win-win for all. This would allow TSA agents to search for needles in a smaller haystack, if you will. Less hay means that it is easier to identify needles.