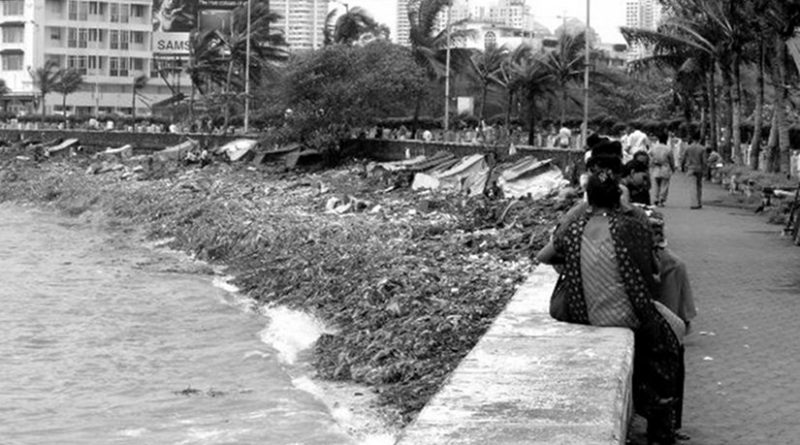 The developing world has notoriously low female-to-male sex ratios, a phenomenon that has been described as ‘missing women’. It is argued that this is driven by parental preferences for sons, sex-selective abortion, and different levels of care during infancy. This column shows that these higher rates of female mortality continue into adulthood. It argues that being unmarried, especially through widowhood, can have substantial effects on relative rates of female mortality in the developing world.

By Siwan Anderson and Debraj Ray*

The phrase ‘missing women’, coined by Amartya Sen (1990, 1992), refers to the observation that in parts of the developing world – notably in India and China – the ratio of women to men is suspiciously low. On average in developed countries, males outnumber females at birth, but that imbalance begins to redress itself soon after. The combined effect is (or should be) a roughly equal proportion of men and women in the population as a whole. This is not the case in many parts of the developing world.

Sen calculated how skewed sex ratios translate into absolute numbers of missing women. His computations permit us to derive the number of additional women who would have been alive in, say, China or India if these countries had the same ratio of women to men as in developed countries, where women and men presumably receive similar care. Sen’s methodology suggests that more than 200 million women are ‘demographically’ missing across the developing world. This is meant to be an estimate of the total number of women who have died prematurely due to gender discrimination.

These astronomical numbers have spawned a significant literature aimed at explaining the ‘missing women’ phenomenon. A central focus of this literature is on skewed sex ratios at birth, a red flag for sex-selective abortion (Junhong 2001, Lin et al. 2014, and Jha et al. 2006). A second area of focus is early childhood and the possibility that young girls are systematically less cared for (Deaton 1989, Garg and Morduch 1998, Oster 2009). Das Gupta (2005) quite fairly summarizises the literature when she states that ‘the evidence indicates that parental preferences overwhelmingly shape the female deficit in South and East Asia’.

In earlier work (Anderson and Ray 2010, 2012), we critically examine the age distribution of missing women. Instead of relying on overall sex ratios that point to an overall ‘stock’ of missing women and make it difficult to separate the problem across different age groups, we use ‘flow’ mortality rates by age and gender. This allows us to estimate the number of missing women (per year) in each age category. In stark contrast to the emphasis in the earlier literature on sex-selective abortion and female infanticide, we found that the vast majority of missing women are actually of adult age. Moreover, a large number of missing adult women are to be found in sub-Saharan Africa, where an unusual birth ratio (the percentage of girls born is biologically higher among African ethnicities) masks the problem from the traditional ‘stock’ viewpoint.

That the majority of missing women are of adult age suggests that excess female mortality across the developing world is not just the result of gender-biased parental preferences. Rather, our estimates reveal that the plight of adult women can be as serious a problem as that of young girls who were either never born or die prematurely in childhood.

In recent work, we takes these findings a step further, by examining the role of widowhood in explaining missing women of adult age (Anderson and Ray 2015). There are prima facie reasons for entertaining such a suspicion: that unmarried individuals die at a faster rate than married individuals is well documented. In developed countries, this relative excess mortality for the unmarried occurs at all ages, for both sexes, for all ethnicities, and for all causes of death (Johnson et. al. 2000). While data for developing countries are somewhat coarser, the evidence similarly indicates relative excess mortality for the unmarried in most age groups and for both sexes. Most of this stems from widow(er)hood, given that marriage at a young age is essentially universal in developing countries, so that unmarried adults are typically widowed. None of this is surprising: after all, marriage provides significant economic, psychological and environmental benefits, and it involves two partners caring for each other.

However, the fact that both developed and developing countries suffer from the ‘unmarriage bias’ raises a subtle question about missing women on this particular account. Higher female death rates per se do not imply missing women: these rates relative to those for men must be higher in developing countries. But that isn’t a far-fetched possibility: after all, the price of widowhood is particularly steep for women in developing countries. In South Asia, such marginalizisation is well documented for both India and Bangladesh (Chen and Dreze 1992, Jensen 2005, Rahman et al 1992). That vulnerability is not only a result of losing the main breadwinner of the household (the husband), but also of property ownership laws and employment norms which restrict the access of widows to economic resources. Patrilocal norms exacerbate the situation. The economic and social support that a widow receives in her late husband’s village is typically extremely limited. Add to these a variety of customs and beliefs:: seclusion and confinement from family and community, a permanent change of diet and dress, discouragement of remarriage, and the fact that often, widows in South Asia are considered bad luck and to be avoided (they are unwelcome at social events, ceremonies and rituals). Moreover, this is a problem on a grand scale: in India, there are more than 40 million widows.

A similar plight can be documented for African countries (Sossou 2002, Oppong 2006). As in South Asia, rules of inheritance and property rights restrict the access of a widow to her late husband’s resources. The general isolation of widows (as well as particular rituals of seclusion) is a widespread practice. Widows can be accused of witchcraft and persecuted if they are suspected to have somehow caused their husbands’ death. Witchcraft beliefs are widely held throughout sub-Saharan Africa and elderly women are the typical targets of witch killings (Miguel 2005). Customarily, causes for any death are sought within the prevailing social system, and suspected witches in the family of the dead or sick are a prime focus of blame (Oppong 2006).

In short, given these extreme vulnerabilities faced by widows in developing countries, we expect that ‘excess unmarried mortality’ will be relatively more extreme for women in these regions. That sets up the possibility that “‘unmarriage” ’ alone might explain a significant proportion of the overall numbers of missing women. Now, there are approximately 1.5 million missing women of adult age (20-65) each year. They are distributed over India (and South Asia more generally), China, Southeast and West Asia, and over diverse regions in the African continent. Our methodology indicates that that over 40% of these missing women of adult age can be attributed to not being married. These estimates vary by region. In India and other parts of South and Southeast Asia, roughly 55% of the missing adult women are due to not having a husband. For sub-Saharan Africa, the estimates are somewhat smaller at around 35%, and for China only 13%.

The total number of missing unmarried women each year, by region, are listed in the table below.

Approximately 70% of the missing unmarried women are of reproductive age (20-45). These younger unmarried women are classified as missing precisely because in Asia and Africa, their death rates relative to those for unmarried men are extremely high compared to the same ratio in benchmark developed countries. The significant discrepancy stems from limited access to resources and health care for this very socially marginalizised group.

The remaining 30% of the missing unmarried women are older (between 45 and 65). Our computations demonstrate that excess female mortality amongst this older unmarried group is driven mainly by a second key factor:: the relative incidence of widowhood is larger in developing regions. It may well be that this factor is not as directly linked to gender discrimination, and has more to do with patterns of mortality across age and gender with development. But further research is needed to identify precisely the sources of the significant excess female mortality from the absence of marriage amongst women in parts of Asia and Africa.

The vulnerabilities faced by unmarried women in developing countries have been much discussed. Our approach places these vulnerabilities explicitly in the context of missing women, thus permitting a comparison across different sources of excess female mortality. The resulting statistic – that over 40% of excess female mortality can be attributed to just this one factor – is quite remarkable.

Home » Where Are All The Unmarried Women? – Analysis