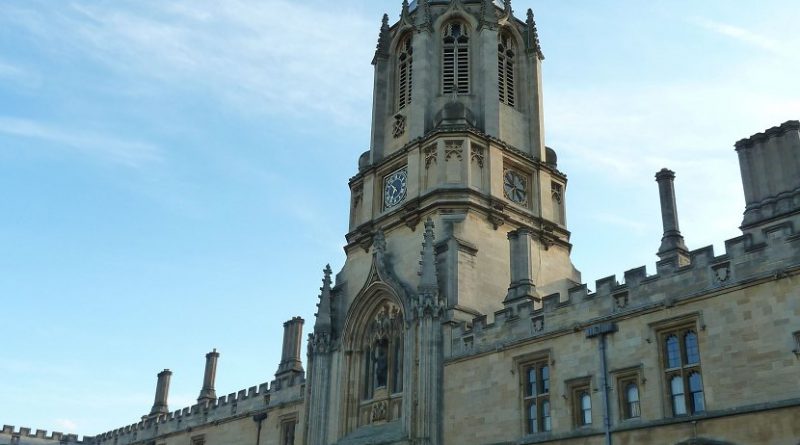 There is reluctance in offering absolute autonomy to institutes in something as basic as issuing degrees. When it comes to financial autonomy, it is assumed that the institutes are incapable of funding themselves and are tied down strongly to the state governments and their pitiable budgets.

The recent crisis at the University of Mumbai (MU) over the OnScreen Marking (OSM) system, a centralised digital process of evaluating examination papers of all disciplines and sub-centres, has bared the inability of our state public universities in handling progressive transformations.

The OSM fiasco has jeopardised the future of about five lakh students. While 4,565 papers went missing in the process, close to 2,000 were never found. These students were given average qualifying marks affecting their chances of admission to the next academic levels in institutes within India and abroad. Revaluation results of about 20,000 students were not declared even until a day before the upcoming semester, disturbing the next academic sessions too. This is a raucous example of how crippled our public universities have become in handling mundane changes such as this.

Aside from the despicable budgets that these universities run on, there are several factors — external and internal — that are holding them back from performing.

For starters, there is an urgent need for de-affiliation that has been reiterated by several high-level committees time and again to provide respite to these almost suffocated institutes. For instance, Professor Yashpal in his report in 1993 said: “It is necessary for the apex body in the field of higher education to address this vexed problem in a comprehensive manner as one of its first tasks and suggest a time frame for elimination of the present form of affiliating system.” As part of its 12th Five Year Plan (2012-17), the government devised several options to revamp the affiliation system. However, the urgency, it seems, has remained confined to such reports and their half-baked implementation plans that have never been actioned. It is therefore not surprising that Indian universities are a perfect example of “crisis and status quo” in the country, as explained in A Half-Century of Indian Higher Education: Essays by Philip G. Altbach.

The National Policy on Education framed in 1986 and implemented subsequently in 1992 had proposed that the system of affiliation should be phased out by encouraging the development of autonomous colleges. In fact, the University Grants Commission, since then, has also laid out several guidelines for bestowing autonomy to such colleges that have been performing consistently well. The Yashpal Committee report believes this number to be at least 1,500 in India. While it is an ingenuous suggestion, the process has to be applied in phases. The government will have to liberate the outstanding institutions, while handholding the middle-rung colleges in upping their game.

It is rather perplexing to see that none of what has been spoken till now is unknown. Rather, some governments will even claim that they have been practicing this for several decades now. Where are we lagging then? Why haven’t we been able to create institutes of excellence, like in the West — even while aping them in principle?

In retrospect, there is an inherent flaw in the form of autonomy we practice in India presently. Heavily influenced by our colonial past, India seems obsessed with a classical form of education and governance. There is reluctance in offering absolute autonomy to institutes in something as basic as issuing degrees. Hence, when it comes to financial autonomy, it is assumed that the institutes are incapable of funding themselves and are tied down strongly to the state governments and their pitiable budgets. There has to be a realisation within the regulatory bodies as well as the institutes themselves that the outstanding ones have to be left on their own after a point to thrive in a competitive market.

Autonomy, in its present form, which comes with a laundry list of constricting conditions, has been refused by several colleges. The UGC Guidelines for Autonomous Colleges 2017 also appear to be self-defeating, as institutes are forced to include three government nominees out of the 12 members in its governing body viz. representatives of the state government, the state university and the UGC. Such preconditions leave the door wide open for political interference. Aside from reasons such as “outsiders” in the governing boards, several colleges are critical of an eventual, “forceful” financial autonomy. Some are even worried of bureaucratic hurdles in the process. Interestingly, a report by the Central Advisory Board of Education Committee (CABE) on Autonomy of Higher Education Institutes, in 2005 has observed that the vice chancellors fight for autonomy but do not let that percolate to the lowest levels — to departments and colleges.

While none of these concerns are illegitimate, one needs to understand autonomy in its truest form to blame either party. Autonomy, in spirit, refers to academic, administrative and financial independence. Thus, once declared autonomous, it is the duty of an institution to not depend solely on government funds but raise its own capital, design its own academic structure and appoint its own governing committees.

The CABE committee report, through a stakeholder survey, concluded that the cost of education should be collectively taken care of by both the state and the students. In fact, it states: “If the institutions want to be fully autonomous they must not be entirely dependent on government funds.”

As noted academic Philip Altbach observes — with an “overwhelming portion of university funds” coming from the government, “It has been natural that government officials should take a substantial interest in university affairs.” Which is why we shouldn’t then blame our chancellors and vice-chancellors to be political appointees.

To reduce such political meddling, the CABE committee also recommends that the institutions must make efforts to generate their own resources “for better self-reliance and for improvement in the infrastructure requirements that are becoming all the more demanding in the knowledge era.” While still receiving assistance from the state, institutions that generate their own resources “must be encouraged by providing them some incentive package.” The committee further recommends that “all guidelines should emanate from within the institutions.” However, all these recommendations have only remained on paper.

Even after a decade since, none of our institutes have taken heed of the same — nor has the government done anything to create an enabling environment. Devoid of the culture of philanthropy, Indian education institutions have often failed to raise funds for its own necessities. Also, happy with the “status quo”, most institutes do not strive to raise funds by doing industry-relevant research.

In the US, for instance, autonomous institutions craft new programmes, modify academic cycles, and pursue alternative financial aid policies to attract more and better students — “particularly those who can afford to pay high tuition prices.” Institutions pursue partnership agreements to enhance research programmes with practical applications that may have huge financial disbursements. “They are changing their institutional structures — for example, by adding new units that focus on generating external grants and bringing new technology to market, by building conference centers, and creating for-profit subsidiaries…”

In the UK, most efficient education systems rely on basic autonomy and amenable policies of staff recruitment, financial autonomy and appointment of the academic boards, states a 2010 report of the European Commission. The report also highlights certain “right conditions” of “financial incentives, sufficient ability to attract and retain qualified staff, sufficient capacity to meet demand and adequate levels of resources (public and private sources combined)” — to ensure academic quality and research productivity of the institutes.

The higher education institutes in the UK fiercely protect their autonomy, which became evident when the Higher Education and Research Bill — which became an Act in April 2017 — was vehemently challenged for infringing on autonomy. There were concerns within the fraternity over powers vested in the secretary of state on courses of study and quality and standard of education. This was eventually annihilated in subsequent amendments to the bill.

In the UK, universities generate more than £95 billion a year for the British economy, contribute nearly 1.2% of the national GDP, and support more than 9,40,000 jobs, according to a study by Oxford Economics Analysis for Universities UK. Increasingly, higher education policies are looking at introducing new funding arrangements, such as “more performance and competition-based funding, more private contributions, expanding student support mechanisms.”

It is often argued as to how much autonomy is beneficial. Increased autonomy also increases cost of education, eventually overburdening students. Which is why, alternate ways of funding (also suggested by the CABE committee) — such as endowments, corpus funds, grants, alumni funds, special courses, projects or consultancy services with industries, donations and creation of funding agencies — need to be explored on an urgent basis in Indian institutes. It is also necessary to empower outstanding institutions by letting them issue their own degrees as this will also help them gain global recognition.

It is high time our state public universities drastically cut off the number of affiliated colleges, seize to handhold them — for their own well-being as well as to sustain excellence in the standalone colleges.

Home » Why Have We Failed To Create Institutes Of Excellence, Like In West? – Analysis