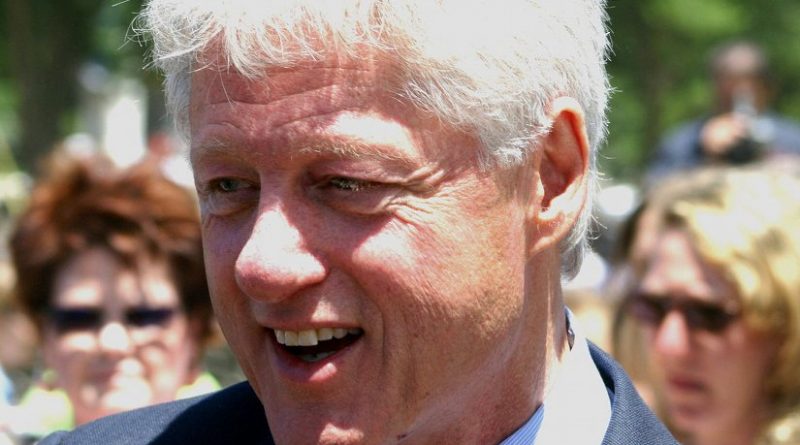 Matt Lewis writes, in his new book Too Dumb to Fail, that “neither of [the bases of both parties] want to hear hard truths and both … demand pandering. And so, a politician who stands up to his or her own base and attempts his or her ‘Sister Souljah moment’ … is more often than not punished for being courageous.”

“I don’t know how you would describe the gang leaders who got 13-year-olds hopped up on crack and sent them out in the streets to murder other African-American children,” he said. “Maybe you thought they were good citizens. She didn’t. You are defending the people who kill the lives you say matter.”

Clinton’s comments point to a problem with the #BlackLivesMatter movement. As their emphasis has been focused on the lives of convicted criminals (“mass incarceration”) and suspects like Michael Brown, who, in many cases had resisted arrest or gotten into physical altercations, they have ignored larger problems. Michael Brown, in fact, having robbed a convenience store, was one of the very people who had contributed to a level of crime in his community that his innocent neighbors bear the burden of.

Needless to say, however, Democratic Party activists didn’t want to hear any of it. Hillary Clinton had to deal with negative headlines from liberal commentary outlets. Slate’s Michelle Goldberg called on Bill to step away from Hillary’s campaign. Bernie Sanders called on Hillary to apologize.

Meanwhile, Barack Obama, who seems to have taken his lame-duck status with joyful relief, spoke out, as forcefully as a nuanced Obama could, against recent politically correct controversies at universities.

“I’ve heard of some college campuses where they don’t want to have a guest speaker who is too conservative. Or they don’t want to read a book if it has language that is offensive to African-Americans, or somehow sends a demeaning signal towards women. I’ve got to tell you, I don’t agree with that either. I don’t agree that you, when you become students at colleges, have to be coddled and protected from different points of view. Anybody who comes to speak to you and you disagree with, you should have an argument with them. But you shouldn’t silence them.”

It is likely Obama was thinking about Oberlin, Mizzou, Yale and particularly Emory, where students recently protested against the fact that someone had used his free speech rights to chalk the name of a candidate whom many college students (and us at Bombs and Dollars) oppose.

“I’m supposed to feel comfortable and safe [here]. … I don’t deserve to feel afraid at my school,” one student said. “Why did the swastikas [on the AEPi house in Fall 2014] receive a quick response while these chalkings did not?” another student, who hopefully isn’t studying history, said. University President James Wagner even met with the students and the administration responded with a campus-wide chalking ban.

Obama’s comments, however, apply similarly to some of the tactics of #BlackLivesMatter. By interrupting speeches, they have been able to shut down the ability of many Democratic candidates from voicing their opinions. At a Netroots Nation forum in July 2015, #BLM protesters chanted and heckled the moderator and candidates for 20 minutes, pressuring the moderator into letting the protesters push the lines of questioning. At a Sanders rally in August 2015, #BLM protesters took the stage and stole the microphone, and Sanders stood back in pathetic silence.

That the candidates and moderators in each case let the protesters take over their own events—effectively denying themselves their own voice and dignity—shows how far they will kowtow to a loud fringe group of activists. Ever since Martin O’Malley was booed for saying, “Black lives matter. White lives matter. All lives matter,” no other Democratic candidates have dared express that uncontroversial sentiment.

Two aspects of political correctness came together there: those of tactics and rigid ideas. Conservatives, who already disagree with liberal ideas, would say that the claims themselves—that young gang members shouldn’t be “demeaned” as “super-predators”—are “politically correct.” Yet the tactics of political correctness—silencing people through policy or formal or informal pressure—can really be used to push any set of ideas. While Trump has labeled himself as “anti-PC” and contrasted his reaction to protesters with that of Sanders, his own reaction to protesters expressing their speech—inciting violence against them—is itself a means of shutting down dissent.

If it weren’t for the fact that leftists really hate the word “thugs”—when it was used to describe those who looted and lit shops on fire in Baltimore–I would say that many of Trump’s fans, and indeed his campaign manager Corey Lewandowski, are thugs. (Obama’s use of the word in criticizing the rioters marks another time he broke with leftist dogma.)

When Hillary Clinton decried “super-predators” in 1996, there could be no denying that crime was a huge national problem—and that the rate of black citizens being victimized by crimes in their communities was scandalously high. The Clinton crime bill was passed in 1994 when the murder rate was 9-per-100,000, nearly twice what it was in 1960, and it had been steadily around that number for more than 20 years. There was no way for them to know that the murder rate would decline to 5.5 by the time Clinton left office in 2000 and then 4.5 in 2014.

Nor, even today, is there any way for us to know if it wasn’t Clinton’s crime plans, including his famous bill that Sanders voted for and now denounces, that included incentives for increased prison building and new mandatory minimum sentences as well as more officers on the streets, gun control, and community activities (“midnight basketball” was touted).

Five-out-of-8 studies between 1994 and 2015 summarized by the Brennan Center, a liberal-leaning think tank which opposes “mass incarceration” policies, found that increased levels of imprisonment were contributing factors in the decrease in violent crime in the 1990’s (pdf). Steven Levitt’s 2004 study found the decrease was 58% attributable to incarceration. The Brennan Center, however, argues that those studies didn’t take into account the rate of diminishing returns for further imprisonments, and that their study found a 0% decrease in violent crime due to incarceration but a 6% decrease in property crime in the 90’s.

Whatever the reason, the country as a whole and cities across the country are safer now, and less lives are being wasted, than when Clinton took office.

That fact is inseparable from incarceration. Yes, someone who shoots another is a bad person, and yes, they deserve to be put in jail in order to keep innocent people safe. Even heroin dealers, in pushing deadly substances to kids and adults alike, are ruining their communities. While the dealers are morally and legally wrong, the adult users have a responsibility to themselves, too, to not use drugs in the first place. Yes, although many Trump supporters and sympathizers deny white guilt in those areas, honest conservatives like Kevin Williamson at National Review have been holding whites responsible for their poor choices and personal failings.

“If you spend time in hardscrabble, white upstate New York, or eastern Kentucky, or my own native West Texas, and you take an honest look at the welfare dependency, the drug and alcohol addiction, the family anarchy … It wasn’t Beijing. It wasn’t even Washington, as bad as Washington can be. It wasn’t immigrants from Mexico…

It was a problem that more and more people were using drugs in the 1970’s, and when Nixon was president Chuck Rangel (D-NY) put pressure on the president to try to solve it. “We could bring a halt to this condition which is killing off American youth,” he said.

But if someone is selling drugs, and if you want to use the power of the government to try to end it, that means police are going to be involved. It means some kind of punishment. Each drug dealer the government takes off the street and imprisons is one more addition to the prison population statistics.

If anything can be said of the pendulum on the left constantly swinging from one side to another about trying to have the government solve everyone’s problems, it could be that the government can never entirely solve problems created by people.

Source:
This article was published at Bombs and Dollars