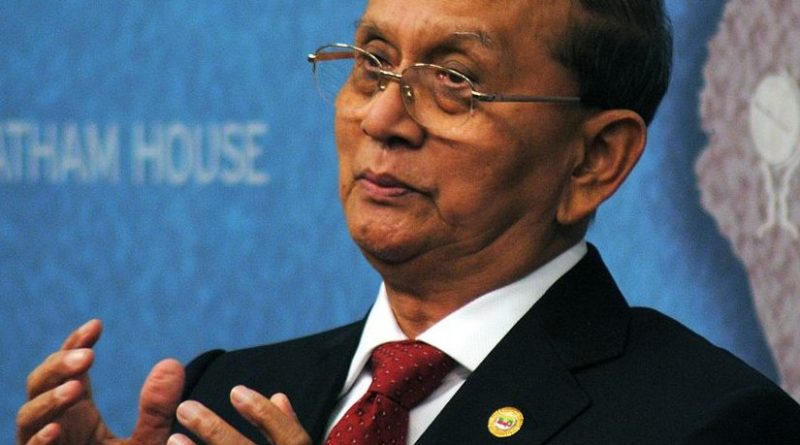 Cardinal Charles Maung Bo of Yangon has urged Myanmar’s president to review a set of controversial laws that could target religious minorities, saying the legislation will fragment “the dream of a united Myanmar”.

In a written appeal Sept. 10, the cardinal condemned a package of legislation known as the race and religion laws. Rights groups and faith leaders fear the laws will be used to persecute religious minorities in the Buddhist-majority country.

“Parliament was coerced by a fringe group of religious elite to enact four black laws, virtually fragmenting the dream of a united Myanmar,” the outspoken cardinal said in a strongly worded statement. “That these four bills were conceived not by the elected representatives of the Myanmar people, but by an extra-constitutional fringe element … is a dangerous portend for the fledgling democracy.”

Myanmar President Thein Sein signed into law the last of the four divisive bills on Aug. 31. The restrictive legislation had been championed by hard-line Buddhist monks from a group known as Ma Ba Tha, or the Committee for the Protection of Race and Religion.

The laws include a population control bill imposing mandatory “birth spacing” between a woman’s pregnancies; a monogamy law setting punishments for people with more than one spouse; an interfaith marriage law requiring Buddhist women to register their marriages in advance if they want to wed a non-Buddhist man; and a law regulating religious conversions.

In his statement, Cardinal Bo said the restrictive laws represent a major step back for a country that has only recently begun to emerge from decades of isolation amid military rule.

“We need peace. We need reconciliation. We need a shared and confident identity as citizens of a nation of hope,” Cardinal Bo said. “But these four laws seemed to have rung a death knell to that hope.”

The prelate said the Buddhist teachings of universal compassion and mercy for all were being threatened by “peddlers of hatred”.

“Any effort to dilute the pristine image of Buddhism and its message of universal love needs to be resisted by all people of our nation,” he said.

Cardinal Bo then appealed to Myanmar’s president to review the laws.

“The four laws are a result of … hatred,” he said. “We urge our rulers and elected representatives to review these laws, which can turn out to be a toxic recipe for more decades of conflict.”

The cardinal’s appeal comes as political parties in Myanmar begin campaigning ahead of long-awaited national elections on Nov. 8. Many observers see the poll as a test of Myanmar’s democratic reforms.

Yet the election itself has been tainted by issues of race. Before the campaign began, the country’s election commission disqualified most of the candidates running for a predominantly Rohingya party. And a prominent Rohingya parliamentarian who previously won a seat with the military-backed ruling party was also barred from running.