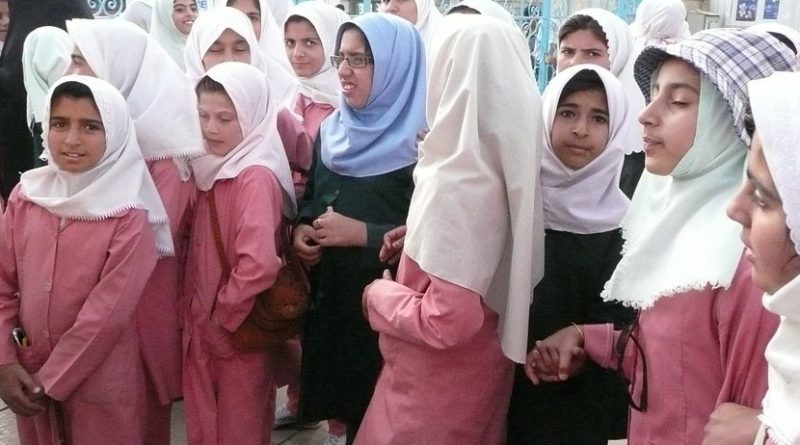 Putting education on the list of priorities in any country is a sign of healthy society. Democratic countries around the world are in a race for upgrading their education systems. At elections times, parties compete with each other on the issue and how much their proposed government is planning to invest on education.

In Iran however education and investing on modern systems has no place on the list of regime’s priorities. In fact many children are deprived of their undeniable right to education. Last week schools officially opened in Iran. But a large number of children were deprived from attending simply because their parents had to choose between sending them to school or to the job market. Children have been forced to share the burden of helping their parents cope with Iran’s crazy economy.

There are anywhere between three to seven million street children according to the Iranian regime’s official figures.

The Workers’ House or the Coordination Center of the Iranian Workers’ Councils states: “The current situation, in particular wages are under the poverty line or the failure to pay workers’ salaries for long periods of time, has worsen their distress as they now have concerns over not being able to afford their children’s stationary supplies nor the cost of their education. This concern has become so serious that the children of these families, despite the dissatisfaction of their parents, are forced to drop out of school and enter the labor market in order to help out with living expenses,” the state-run ILNA news agency reported.

It is estimated that ten million Iranians are illiterate and another 15 million semi-literate.
Media reports are filled with warnings that Iranian children are rapidly dropping out of school to help feed their starving families. “It appears that if things stay as they are, drop-out numbers, especially for girls, will rise. As things are, low-income families, especially in deprived regions, prefer to just ‘survive’. So they must choose between eating enough and continuing their children’s education, and naturally, they will choose survival. On the one hand, living costs and education costs have multiplied, and on the other hand, free education plans have become a thing of the past. In such conditions, there are few low-income families who can pay the cost of their children’s education, especially girls. The red alarm is already shining for a few months. While salaries are still 70 percent behind the increase of life costs, education should be free for everyone and students from low-income families should receive subsidies for stationeries and other educational assistance tools. Otherwise, soon we will face a high rate of illiterates and half illiterates,” reported the state-run news agency Ilna on September 21th.

An Iranian official said on June 14th that “in Iran, one in every four students drops out and the reason is mainly a lack of stationaries… in a place where the school can collapse at any minute, you can’t talk much about education and now it’s a little difficult to talk about education.”

“Stationery prices have increased 100 percent this year and there are no Iranian-made items… Families and students go shopping but eventually leave the stores with tearful eyes because of the prices,” Quds website wrote on September 14th.

Isna news agency published an article on September 9th titled “Favoritism for Managers, Costs for Families,” revealed another aspect of corruption in Iranian schools: “One of the major costs for families in the back-to-school season is the purchase of new outfits, which is done through wrong channels and inflicts exorbitant costs on families… In recent years, pre-made uniforms are in parts put aside and schools choose special uniforms for their students based on the principal’s personal taste… A major part of the uniforms are created through unlicensed dressmaking shops and they receive these orders because of their connections with the school’s principal.”

To add insult to injury, there are reports that children of the “elite” pay substantially for their education in upper-class private schools run by former Revolutionary Guards and high-level clerics. These schools only accept children of Iranian regime’s officials. As an example the former President Mohammad Khatami runs the most expensive one. He charges students who enroll in his school 37 million Tomans a year. Running second is Imam Sadegh School belonging to Mohammad Reza Mahdavi-Kani former head of the regime’s Assembly of Experts tasked with choosing the next leader should Ali Khamenei die. Imam Sadegh School charges its students 25 million Tomans. In the chaotic state of Iran’s currency, Rial, it is very difficult to convert it to foreign currencies such as US dollar because the rate changes by the hour. It suffices to say that no ordinary citizen can ever image sending his child to such schools.

Hassan Rouhani’s military budget for this year shows a 40 percent jump. With Iran’s failing economy the cut had to come from somewhere and it came from areas such as education, public welfare and environment.

The mullahs’ regime will not stop spending on foreign wars and suppression at home. Iranian people have no option but to continue their protests for a regime change. Maryam Rajavi, President of the National Council of Resistance of Iran (NCRI) in her message for school opening day 2018 said: “The solution lies in the hands of a generation risen in this path demanding the regime’s overthrow. As the Iranian Resistance’s Leader Massoud Rajavi has said, “The days of Khomeini’s heirs and the brutal mullahs are numbered. The dawn of freedom and justice is on the horizon.”

*Reza Shafiee is a member of the Foreign Affairs Committee of the National Council of Resistance of Iran (NCRI). He tweets @shafiee_shafiee