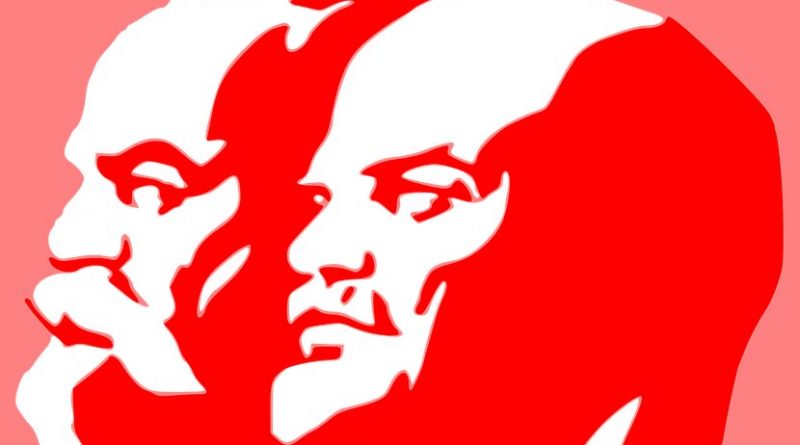 When the Berlin wall fell in the year 1989, the American pragmatist liberal political commentator Francis Fukuyama Called it “The End of History”, professing that the only triumphant order to dominate the International Political system for centuries to come will be Liberal democratic Capitalism. He said:

“What we are witnessing is not the end of Cold war but the end of history as such; that is, the end point of man ideological evolution and the universalization of Western liberal democracy.”

But, this time, it seems that, it is the end of liberal democratic capitalism either for good or worse. Since the fall of Soviet Union, the liberal and neo-liberal proclamation had dominated the global political arena. Even famous American scholar, Samuel p. Huntington, in his famous article “the clash of civilization” published in Foreign affairs Magazine in 1992, claimed that the conflicts in the coming Millennium will be between democratic and anti- democratic civilization—by what he meant was between the East and west. Though, the triumph of the liberal free market Capitalism in the 1990s has brought various great transformation in politics and economics at the global scale but despite this, it is a profound fact that, this rapid success has turned the idealist, peace loving, humanist and egalitarian liberals into smug elite. Perhaps, it was the paradigm shift from the radical liberalism towards surplus earning free market liberalism, which betrayed the very ideals of revolutionary liberalism.

A century ago, the ideals of liberalism were based on core universal values such as universal commitment to individual rights, free trade and open market, and a commitment for the collective progress of human society. On the contrary, all these ideals were betrayed a century later. In the beginning, it was the west which embraced the very foundation of liberal democray based on French revolutionary ideals of liberty, equality and fraternity. Likewise, it was the west which became the paragon for the global socio-political transformation and progress, but it is profound fact of our time that; the political philosophies cannot survive in this complex world based on their past glories without promising a sustainable and progress-centric future.

The case against the liberal elite is eminent because of the stagnant and turbulent condition of liberal democratic order around the world. Moreover, the democratic masses around the globe now doubts this system. Across the world, situation has worsened after the financial meltdown of 2008, that wiped out 38 million jobs globally and the US alone lost a net worth of $19 trillion. Europe went under severe recession especially, the southern economies faced severe collapse pressuring the EU to grant bailout packages to rescue their economies.

In contrast, this depression was much worse than the depression of 1930s, when the liberals sided with John Maynard Keynes by agreeing to his theory of government intervention into free market to safeguard the social services and to tackle recession. But, this time there is no Keynes on the ground and liberals behaved very differently because they neither chosen Keynes nor Marx rather continued their backing of instantaneous privatization and deregulation of Reaganomics and Thatcher-omics.

The reason is simple, the continuous deregulation and privatization from the last two decades has transformed the ideological liberals into profound liberal elite. 128 years ago, Frederic Engels wrote a letter to his friend in London, J. Bloch, in which he complaint:

“According to the materialist conception of history, the ultimate determining element in history is the production and reproduction of real life. More than this neither Marx nor I have asserted. Hence, if somebody twists this into saying that economic elements are the only determining one, he transforms that proposition into a meaningless, abstract, senseless phrase…Marx and I, ourselves partly to blame for the fact that the younger people sometimes lay more stress on the economics then is due to it.”

The letter staunchly condemns the very idea of economic determinism upheld by the Marxists after the death of Marx and Engel. While in case of liberals, the core ideals of liberalism advocated by the liberal theorists were neglected and largely despised by the liberal elites since their ascendance to the global throne—perhaps, there is no one to repent this plight. In addition, the continuous wars, financial collapse, stagnant economies, techtified financial market, migrant crises and political insecurities are the gross failure of deregulated liberal free market capitalism.

Now it is time of rethinking? Those in favor of liberal free market economy and free trade must heed upon the plight of ordinary people, who are the victims of liberal political and economic insecurities emulated by the failure of liberal elite to uphold the ideals of liberalism. The modern liberal must look for the new reforms based on the free market and free trade that should not only benefit a single class rather individuals and society, because the major challenge for the liberals in the coming decades is the integration of digital technology into economy with free and fair share of individuals.

*Shahzada Rahim is a postgraduate student with keen interest of writing on history, geopolitics, current affairs, and International political economy.