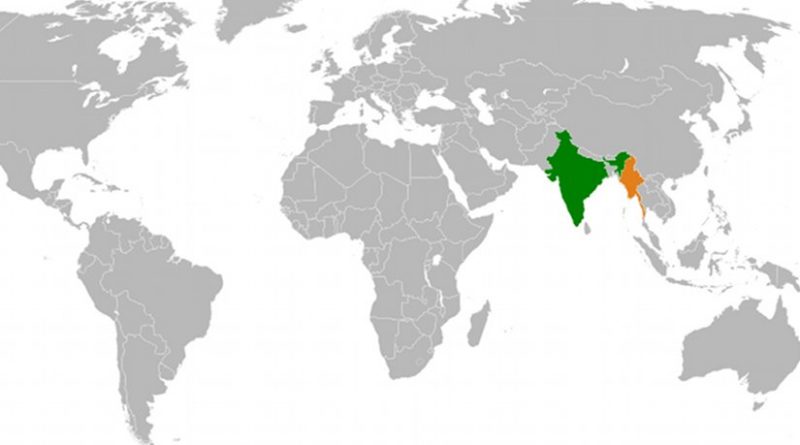 On October 4, 2020, an Assam Rifles (AR) trooper, Havildar Birendra Singh Yadav, was killed while another troper was injured when terrorists ambushed their vehicle (a water tanker) near Hetlong village in the Changlang District of Arunachal Pradesh. Later, the Independent faction of United Liberation front of Asom (ULFA-I), in an email sent to the media, claimed that it, along with the Yung Aung faction of the National Socialist Council of Nagaland-Khaplang (NSCN-K-Yung Aung) and Revolutionary People’s Front/People’s Liberation Army (RPF/PLA), had jointly carried out the attack. NSCN-K-Yung Aung also sent an email reiterating the same claim.

On July 29, 2020, three AR personnel were killed and another five injured when terrorists ambushed their vehicle at Khongtal village in the Chandel District of Manipur. ULFA-I subsequently sent an email claiming that it, along with the Manipur Naga People’s Front (MNPF) and the RPF had jointly carried out the attack.

Significantly, after the demise of Shangwang Shangyung Khaplang, the ‘chairman’ of the Khaplang faction of the NSCN (NSCN-K) on June 9, 2017, and the subsequent internal feud within the NSCN-K, the ULFA-I ‘commander-in-chief’ Paresh Baruah seems to have emerged as the leader of the Indian Insurgent Groups (IIGs) in Myanmar. This is evident with both Naga and Manipuri groups carrying out joint strikes, especially with the ULFA-I, after June 9, 2017.  Altogether 31 fatalities (one civilian, 20 SF personnel and 10 militants) have been registered in nine such joint strikes since that date.

Meanwhile, in the operations by the Myanmar Army (Tatmadaw) in January 2019 targeting IIGs, ULFA-I suffered the most. According to an affidavit filed by the Assam State Government in September 2020, before the Unlawful Activities (Prevention) Act (UAPA) tribunal, Tatmadaw operations targeting IIG camps in the Taka area of Sagiang Region had damaged the “Lungmark, Taka and Nilgiri camps of ULFA -I. Several cadres also deserted the outfit.”

The group’s activities on the ground almost came to a halt after the Tatmadaw operations. The July 29, 2020, attack (above) was the first reported attack resulting in fatalities in which ULFA-I was involved.

However, during the intervening period, ULFA-I took advantage of several opportunities to regain its hold in the region. One such opportunity was the passing of the Citizenship (Amendment) Act 2019 by the Parliament in December 2019 (in the Lok Sabha on December 9 and Rajya Sabha on December 11). ULFA-I declared itself in favour of the agitation that followed the passing of the Citizenship (Amendment) Act 2019, which spread across the Northeast region  and was particularly intense in Assam. ULFA-I ‘commander-in-chief’ Paresh Baruah warned on December 11, 2019,

The ULFA-I will not sit idle if a protesting student or any Assamese for that matter is assaulted. We appeal to Bhaskarjyoti Mahanta, Director General of Police (DGP) of Assam Police, not to lathicharge people taking to the streets and vehemently opposing the Citizenship (Amendment) Bill. The DGP should control his police force and not harass innocent protesters.

The enactment of CAA 2019 on December 12, 2019, when it received the President’s assent, is seen by groups representing ‘indigenous’ interest as a measure that not only legitimises present ‘illegal’ migrants, but also invites future migrations from neighbouring Bangladesh. The resultant demographic shift, they fear, will deprive indigenous populations of their political, cultural and ethnic rights. ULFA-I is trying to exploit such fears for its own ends.

Not surprisingly, ULFA’s support to the CAA agitation helped the outfit regain some support among the locals and to recruit new cadres.

Significantly, the State Government called-off the Rongali Bihu (April 14-20, 2020) celebrations citing COVID-19, but has now allowed the Durga Puja celebrations, albeit under restrictions, despite the situation on the ground being relatively worse. Obviously, one of the reasons behind the Assam Government’s recent decision was intended to keep all dominant linguistic/ethnic groups happy before the upcoming State Assembly Elections in 2021, which are likely to be fought on identity issues.

Not to miss the opportunity, ULFA-I on September 4, 2020, urged the Assam Government to cancel the Durga Puja celebration this year due to the COVID-19 pandemic, stating,

The Assam Government had called-off the Rongali Bihu [Assamese harvest festival] amid the coronavirus pandemic and now to they have allowed celebrating the Durga Puja which is not acceptable.

Obsessed with a polarizing electoral strategy, the dominant political establishment is failing to understand the degree to which providing such opportunities is helping ULFA-I gain more support and revive its strength.

Meanwhile, according to a Union Ministry of Home Affairs (UMHA) notification dated, September 18, 2020,

The ULFA(I) led by Paresh Baruah is currently based in Ruili, Yunnan Province, China is continuing with violent activities including extortion, recruitment and procurement of arms. The members of ULFA(I) are active in Upper Assam districts of Tinsukia, Dibrugarh, Charaideo, Sivasagar, Lower Assam districts of Goalpara, Dhubri and Guwahati city, bordering areas of Udalguri, Darrang, Sonitpur, Lakhimpur districts of Assam besides in the bordering areas in districts of Tirap, Changlang, Longing, Namsai in Arunachal Pradesh, Mon district of Nagaland and Assam-Meghalaya-Bangladesh border.

It added, “At present approximate cadre strength in ULFA (I) is around 250”.

It is imperative for the political establishment Government to ensure that disruptive and polarizing strategies do not create opportunities for relatively marginalized insurgent formations to restore their legitimacy among the population. Unfortunately, with Assembly Elections scheduled for 2021, such hopes are unlikely to be met, putting increasing pressure on SFs to deal with the consequences.