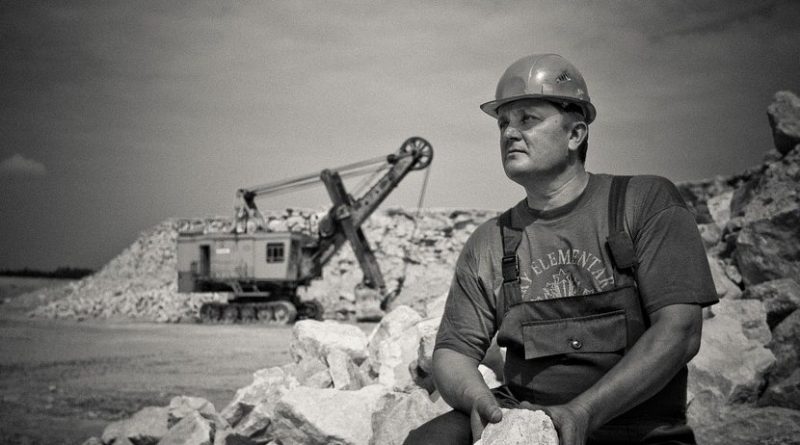 As the US presidential election nears, both candidates are working hard to win votes in the Midwest. President Donald Trump tells Midwestern voters that his competitor, Joe Biden, would pursue policies that would destroy jobs and communities. Biden tells the same voters that Trump is a wealthy man’s son who has broken his promises. The extent to which either candidate gains or loses support in the region is likely to be crucial in determining the election’s outcome.

The Midwest of the US covers the states that sit between the eastern, southern and western states: Ohio, Michigan, Indiana, Illinois, Wisconsin, Iowa, Minnesota, North Dakota, South Dakota, Nebraska, Kansas, and Missouri. The Rust Belt region — an informal term referring to areas that were once manufacturing powerhouses — overlaps with much of the northern Midwest along the Great Lakes, as well as including Pennsylvania.

Together, these two regions are critical to presidential elections. Of the approximately 13 “battleground states” — which could vote either Republican or Democratic and play a key role in shaping the outcome in the Electoral College that determines the presidency — five are in the Midwest, plus Pennsylvania.

In 2016, winning Iowa, Wisconsin, Michigan, Ohio, and Pennsylvania, plus Florida, were the keys to Trump taking the Electoral College. Today, these are still battleground states that both parties are contesting. A FiveThirtyEight model, which considers polling and other factors, projects that Biden is likely to win Michigan, Wisconsin and Pennsylvania (though some other analysts consider Pennsylvania to be very close). It projects Trump winning a close race in Iowa. Ohio currently leans toward Biden but is a toss-up. Other states, such as Florida and North Carolina, are important, but the number of battleground states in the Midwest and Rust Belt highlights the importance of these regions.

The Midwest and the Rust Belt are important to elections partly because of their diversity. Often seen as homogenous by other Americans and foreigners, the reality is that these regions include a wide array of demographics: Both prosperous and economically struggling areas; manufacturing centers, urban areas, and agricultural regions; and voters with college educations and those without. While the regions often appear to be largely white, many areas have significant racial and ethnic diversity.

The demographics have been changing, as many white residents emigrate to other parts of the country and are replaced with younger, black or brown immigrants.

A key feature of many of these states is a division between urban, suburban and small town or rural areas. Several of the states have at least one metro area with more than 1 million residents — an important baseline for developing an urban culture that is likely to vote Democratic, according to some scholars. Chicago is the third-largest metro area in the country.

Suburbs often include a mix of Democratic and Republican voters. Around these metro areas, the map tends to be deep “red” — small towns and rural areas that strongly lean Republican.

The mix of different types of people in these areas is what makes several of the states “purple” — a mixture of Democratic blue and Republican red, with the potential for candidates from either party to win. Some, like Ohio and Pennsylvania, have large populations that bring more Electoral College votes to a presidential candidate.

Multiple issues affect voting in these regions. Changing demographics is a challenge for many communities that were accustomed to a more homogenous culture. Some Rust Belt cities are among the most racially segregated parts of the US, reflecting a long history of complicated race relations that have been highlighted by the recent protests over race and policing. The trade war with China badly hurt many Midwestern farmers, but there was significant government aid to help cushion the effects. The coronavirus disease pandemic, which initially hit coastal areas, has fully spread to the Midwest and several of the Midwestern states now have some of the highest current infection rates.

Identity plays a crucial role in politics in these areas. The Midwest and Rust Belt are more socially conservative than the eastern and western parts of the country, especially outside the cities. Another major factor is the long-term decline of manufacturing communities in the Rust Belt, which has caused extensive job losses and depopulation in some areas; many voters there who used to vote Democratic turned to Trump in 2016. Trump tapped into an important identity issue — a sense that Democratic “elites” and coastal voters look down on the people of the Rust Belt and Midwest. They feel judged by the Democratic Party, which has embraced issues such as diversity and equity, which are not priorities for many white voters in these regions.

Four years ago, Trump reinforced many of these voters’ sense of grievance, reassured them that their culture and values are great, and made them feel good. Many will vote for him again, particularly white men without a college education. However, Biden is much more capable of relating to these voters than Hillary Clinton was. He comes from a family that struggled financially in Pennsylvania. He argues that Trump is a wealthy New Yorker who has failed to meet the needs of Midwestern and Rust Belt voters.

The election might depend on whether Midwestern and Rust Belt voters see Trump or Biden as the candidate most likely to respect them, listen to them, and help improve their lives. Neither party can take several of these key states for granted — now and in the future.