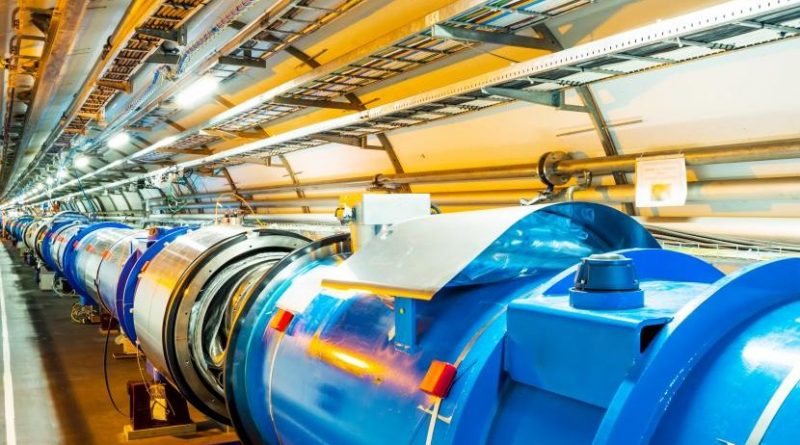 The 27 kilometre Cern particle accelerator is the biggest and most powerful in the world. Credit: Getty

Only five percent of the substances that make up our visible universe and everything around us are provisionally understood and described by science. CERN is the world’s largest particle physics test facility. Here, on the outskirts of Geneva, researches look for the remaining 95 percent of the universe’s substances by beaming particles against one other in collisions that create a type of ‘mini-Big Bang ‘.

“It’s a special kind of ‘archaeology’, where we search for the basic rules of the game applicable to the universe. These can tell us about the structure of everything. The types of particles we produce were dominant in the early universe immediately following the Big Bang,” explains professor and project leader Jens Jørgen Gaardhøje of the Niels Bohr Institute.

The new 11.2 million kroner grant from the Ministry of Higher Education and Science will primarily be used for upgrades to ALICE and ATLAS, two large and complex detectors at the CERN facility. Detectors examine the unique state of the universe during the first billionth of a second after the Big Bang, and look for new particles and new physics, beyond the successful ‘standard model’ that describes the building blocks as we understand them now.

The detector upgrades are part of a major upgrade process throughout CERN, especially of its flagship 27 km long superconducting Large Hadron Collider (LHC). The overall upgrades are scheduled to continue until 2025 and are being financed by CERN member nations, including Denmark. The upgrades will allow for multiple collisions – 50,000 per second – and thereby increase the probability of discovering new particles.

“We will be able to study multiple new phenomena as a result of the increased collision rate and improved detectors. For me, there is no doubt whatsoever that boundaries will shift. Naturally, we also hope that the revolutionary breakthroughs ahead will change our understanding of nature,” says Jens Jørgen Gaardhøje.

The increased number of collisions places greater demands on the detectors used to measure them. The ALICE and ATLAS upgrades will be developed and built by Danish and international researchers, completely from scratch. ALICE is expected to be completed in 2021, and ATLAS in 2025, along with the rest of the CERN accelerator upgrades.

Minister for Higher Education and Science Tommy Ahlers had this to say about the grant:

“If we are going to be an elite research nation, Danish researchers will increasingly need high-tech facilities. Therefore, it is important that we invest in the infrastructure they need.”

Dean John Renner of the Faculty of Science comments: “This grant is an important piece in the great puzzle of trying to understand our world through science. At the same time, it is essential for Denmark. Without it, we would not be contributing our share to the large research partnership that CERN is. “