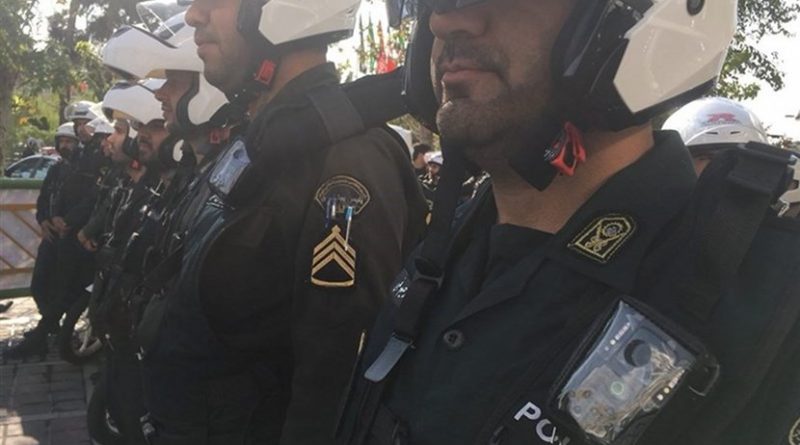 Iran’s Police is equipping its officers with body cameras, a commander said.

In comments on Monday, General Mohammad Sharafi, commander of an Iranian Police department tasked with prevention of crimes, said around 5,000 police officers will have been furnished with body cameras by the end of the current Iranian year (March 2019).

According to the general, 1,000 police officers have so far gotten body cameras in the provinces of Tehran, West Azarbaijan, Isfahan, and Khorassan Razavi, and at Imam Khomeini International Airport.

The commander further said that all police stations and detention centers across the country will be furnished with surveillance and security cameras by year end.

In October 2017, body cameras became part of the police officer’s uniform in capital Tehran as part of a new scheme to ensure respect for the citizenship rights.

Mounted onto the officers’ uniform, the body cameras record footages during the operations which can be monitored online from a central department.

Police officials say the evaluation of footage from the body cameras would help optimize operational tactics in dealing with crimes.