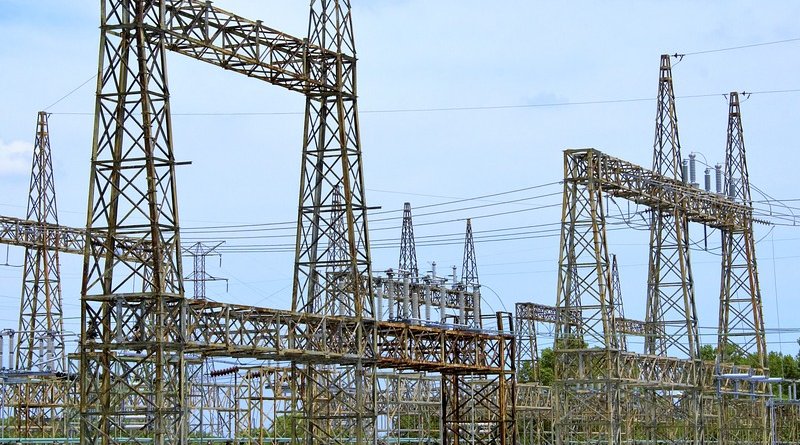 California is about to take one giant step toward following Germany’s failed climate goals which should be a wake-up all for governments everywhere. Yes, you guessed it, our legislatures have authorized CalEPA in the 2019 – 2020 California State budget and Assembly Bill AB 74 to conduct studies and identify strategies to manage the decline of in-state crude oil production and decrease demand and supply of fossil fuel.

Germany tried to step up as a leader on climate change, by phasing out nuclear, and pioneered a system of subsidies for industrial wind and solar that sparked a global boom in manufacturing those technologies. Today, Germany has the highest cost of electricity in the world.

From Alberta to Australia, from Finland to France and beyond, infuriated voters are increasingly showing their displeasure with expensive energy policies imposed by politicians in an inane effort to fight purported human-caused climate change. Now you can add Chile to the growing list of countries whose governments are suffering a backlash as average people, tired of elites forcing costly climate policies down their throats with continuous proposals to raise public transport fares and energy bills.

Like Germany and a slew of other countries, California continues to make decisions based on their believe that intermittent electricity from renewable wind and solar will be the replacement to fossil fuels to run the 5th largest economy in the world. Like Germany, this has come at a HIGH COST to Californians.

With its green dreams of an emission free state, California has not even been unable to generate enough of its own electricity in-state and imported 29% of its needs in 2018. The bad news is that imported electricity comes at higher costs and those costs are being borne by residents and businesses alike. California households are already paying 50% more, and industrial users are paying more than double the national average for electricity.

The four upcoming losses of continuous generating electricity are:

With NO plans for industrial wind or solar renewable intermittent electricity projects to generate “replacement” electricity in-state, especially with the huge land requirements for those renewables, there will be a need to import from other states greater percentages of California’s electricity needs in the years ahead. And as you guessed it, more costs to the consumers and businesses who are already infuriated with high costs.

Could it be that our legislatures are also unaware that those unstoppable costs of more regulations, taxes and increased minimum wages targeted toward businesses are just passed through to the consumers of the services and products from those businesses?  Those higher costs roll directly into housing, utilities, food, and entertainment if there’s any money left, and may be very contributory to California’s growing homelessness and poverty populations.

I know our legislatures want to sunset the oil industry, BUT imagine how life was without those fossil fuels before 1900 when we had NO militaries, NO vehicles, NO airlines that now move 4 billion people around the world, NO  cruise ships that now move 25 million passengers around the world, NO merchant ships that are now moving $50 Billion dollars of products monthly through California ports, NO space program, NO medications and medical equipment, NO vaccines, NO fertilizers to help feed billions, NO tires for vehicles, and NO asphalt for roads.

Most importantly, before the 1900’s we had NONE of the 6,000 products that are manufactured from the chemicals and by-products from fossil fuels.  Interestingly from each 42-gallon barrel of crude oil, half is for those thousands of products and the other half for the fuels to run commerce.

We’ve had more than 100 years to find alternative or generic methods to manufacture the thousands of products we get from those deep earth minerals, and to manufacture the fuels for commerce and the military. By nearly every quantifiable measure, we are better off than our pioneer predecessors because of fossil fuels. In more than a century we’ve only come up with electricity that can be generated intermittently from sunshine and wind.

When we look at what intermittent electricity from wind turbines or solar panels CANNOT do, we see they are blatant failures to qualify as replacements for the fossil fuels that produce those 6,000 products that are the basis of our lifestyles and of our numerous infrastructures, and manufacture more than 60 million gallons of fuels every day to meet the demands of the states’ commerce and nearly 40 million residents.

I believe it’s easy to understand that wind and solar alone are obviously incapable of supporting the military, airlines, cruise ship, and merchant ships. As a reminder just in case you’re still living in the pre-1900’s, without transportation and the leisure and entertainment industries, we have no commerce.

Imagine if politicians would tell voters that their utopian vision of a world run on solar panels and windmills is a fairy tell? But instead, they have doubled down to sunset the economy with legislature verbiage that pre-determines the outcome of the CalEPA efforts to study ways to decrease the size of the in-state oil industry that’s driving (no pun intended) the California economy.