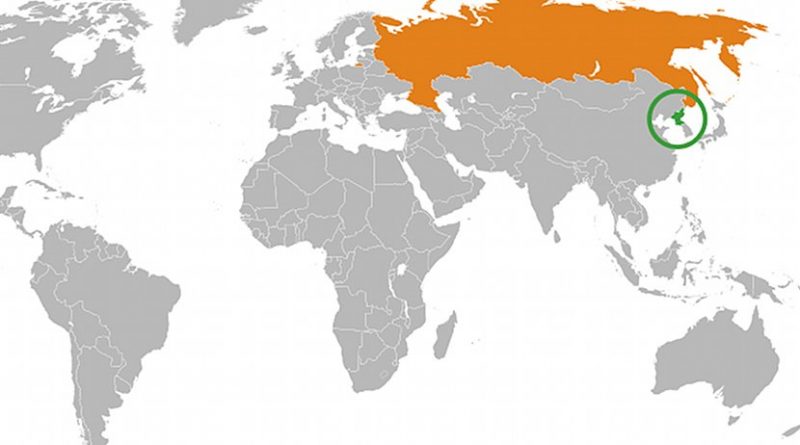 Apart from China, Russia is the only other country that can help resolve the North Korean nuclear crisis. The prevention of an outbreak of hostilities and introduction of durable stability are in the interests of the international community.

Russia is opposed to North Korea’s nuclear weapons programme but feels that dialogue and negotiations are the only way to resolve the crisis. It has strongly criticised American pressure and what it considers United States threats to resolve the issue by force.

Former ambassador to South Korea, Gleb Ivashentsov, set out clearly the Russian standpoint in a 30 November 2017 article in the Valdai Discussion Club (VDC), a Moscow-based think-tank. According to him, while Moscow did not recognise North Korea’s status as a nuclear power and considered its recent actions as provocative, Russia rejected the resolution of the problem by any means other than the political. He referred to the Russian stage-by-stage plan for a settlement of the crisis, presented three days earlier by Deputy Foreign Minister Igor Morgulov at the 8th Asian Conference of the VDC in Seoul.

Mr Ivashentsov argued that this proposal may be taken well by Pyongyang as he claimed similar ideas were already voiced earlier twice by the North’s leadership in 2015 and 2016.

Russia’s view appears to be that US actions and threats are the main obstacle to a resolution of the crisis. This was evident in Russian Foreign Minister Sergey Lavrov’s remarks in RT on 29 November where he called on the US to start by clearly explaining its intentions. “If they are really looking for an excuse to destroy North Korea, as the US envoy to the UN said at a Security Council meeting, let them spell it out clearly and let the US leadership confirm it. Then we will decide how to react.”

The second stage involves direct negotiations among North Korea, the US and South Korea; the third and final stage would see the launching of a process with all the countries involved to discuss the entire complex of issues of collective security in Asia.

Russia’s action is driven by several factors. Firstly, Moscow would not look kindly upon a destabilised North Korea as an outcome of hostilities or increased tensions. Geographical proximity means that political instability could lead to mass refugee outflows into Russia.

Secondly, Russia also would not want to see the replacement of the Kim regime by another government which might seek close links with the South and the US. The worst-case scenario would be Korean reunification based on the South’s leadership or domination, especially if that were to lead to a strengthened alliance with the US and American military forces being stationed near or on the Korean-Russia border.

Thirdly, Russian prestige and international status also comes into play as this would increase if Moscow’s efforts were to lead to a resolution of the crisis; in the immediate term, Russia might gain some leverage with the US if its efforts were to bear fruit. Securing some concessions with respect to the Ukraine and the Crimea could very well be in the minds of Russian policymakers.

Fourthly, Russia could also be looking to strengthen its links with China which has been the subject of intense US pressure to resolve the crisis. By taking the lead in this case, Russia is helping to relieve the pressure on China.

Finally, Russia is keen, like China, in trying to stop the deployment of the US’ Terminal High-Altitude Deployment (THAAD) anti-ballistic missile defence system in South Korea. Russia believes the system could monitor military movements within its borders and is a threat to Russian security.

The crisis has provided Moscow with strong political arguments against THAAD. Indeed, Mr Ivashentsov warned in his article that “THAAD will undoubtedly push Pyongyang to build up its military potential further”.

There are limits to Russia’s efforts, though. A Russian expert on Korea, Konstantin Asmolov of the Russian Academy of Sciences, Institute for Far Eastern Studies, pointed out in a 7 December VDC article that some factors limit Russia’s ability to influence the situation.

To begin with, the crisis is third in terms of national interests compared to the Commonwealth of Independent States (comprising several former Soviet Republics) and the Middle East. Secondly, Russia has a limited number of levers of influence on Pyongyang despite a high level of political contacts and sound trust-based relations.

There is only moderate economic cooperation between Russia and North Korea, especially since the restrictions were imposed on the export of North Korean labour. Bilateral cultural ties are not as close as they were under the late Kim Jong-il; Kim Jong-un grew up in a different cultural environment.

Nevertheless, one cannot totally dismiss the possibility that Russia’s efforts might help ease tensions and more importantly, lead to negotiations and dialogue to prevent the outbreak of war.

In any event, while Russia’s initiative strengthens its position as a significant player in the Asia-Pacific region, it clearly indicates that the focus of its Asia-Pacific policy lies in Northeast Asia.

Southeast Asia, on its part, stands to benefit from a resolution of the crisis; an outbreak of hostilities and/or consistently high level of tension would only depress the economic outlook for the rest of the region. At the level of superpower relations, the state of Russo-US ties will also determine how successful Russia’s initiative will be; should it bear fruit, Moscow’s follow-up action would be crucial.

*Chris Cheang is a Senior Fellow with the S. Rajaratnam School of International Studies (RSIS), Nanyang Technological University, Singapore. A former diplomat, he served three tours in the Singapore Embassy in Moscow.