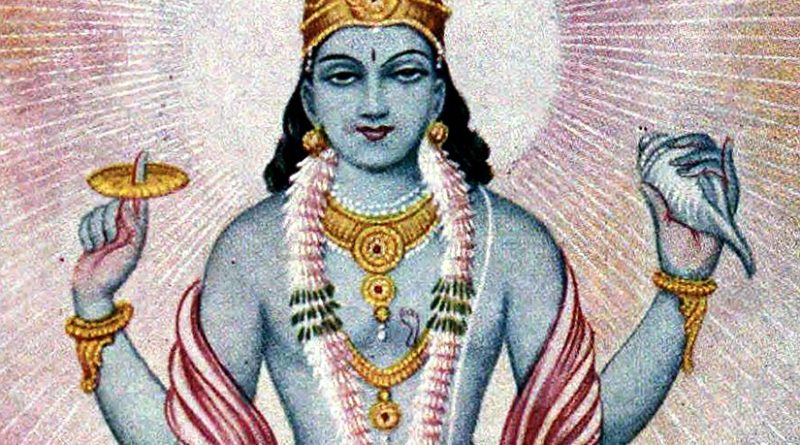 American business magazine Fortune has apologized for juxtaposing image of Amazon.com President Jeff Bezos as the likeness of Lord Vishnu over the cover of its January one international edition, which upset the Hindus.

Hindu statesman Rajan Zed, who spearheaded the protest campaign on this issue saying that it trivialized their venerated deity, has thanked the Fortune and its editor Alan Murray for showing maturity and responsibility and understanding the feelings of the community.

Statement from Murray, titled “Apology for Fortune’s January international edition cover” and posted at Fortune.com, says: “The cover of Fortune’s January 2016 international edition featured an illustration of Amazon CEO Jeff Bezos as a Hindu deity. Neither the artist nor the editors of Fortune had any intention of parodying a particular deity or of offending members of the Hindu faith. It is clear that we erred and for that, we apologize.”

Zed, who is President of Universal Society of Hinduism, calling it an unnecessary dragging of a Hindu deity to prove their point of view, had urged Fortune to issue a formal apology.

In a statement in Nevada today, Rajan Zed suggested Fortune and other media companies worldwide to send their senior executives and editors for training in religious and cultural sensitivity so that they had an understanding of the feelings of the customers and communities.

Zed pointed out that Hindus understood that the purpose of Fortune in this case apparently was not to denigrate Hinduism, but casual flirting like this sometimes resulted in pillaging serious spiritual doctrines and revered symbols and hurting the devotees. Humor was a part and parcel of Hindu society, but there were certain convictions in every tradition, which were venerable and not meant to be taken lightly.

Rajan Zed said that Lord Vishnu was a highly revered major deity in Hinduism meant to be worshipped in temples or home shrines and not to be used indecorously or thrown around loosely in reimagined versions for dramatic effects.

How a mortal could be depicted as Lord Vishnu, who is the director of our destinies, Zed asked and added that inappropriate usage of Hinduism concepts and symbols for pushing selfish agenda or mercantile greed was not okay.

Rajan Zed stressed that Hinduism was the oldest and third largest religion of the world with about one billion adherents and a rich philosophical thought and it should not be taken frivolously. No faith, larger or smaller, should be ridiculed at.

Zed stated that Hindus welcomed media companies to immerse in Hinduism but taking it seriously and respectfully and not just for improper showing of Hindu symbols and concepts to advance their commercial or other agenda. Hindus were for free speech as much as anybody else if not more. But faith was something sacred and attempts at misusing it hurt the devotees. Media companies should be more sensitive while handling faith related subjects and sacred symbols.

This Fortune cover page is headlined as “Amazon INVADES INDIA” (How JEFF BEZOS is conquering the next ‘trillion-dollar market’) and created by Sydney (Australia) based illustrator Nigel Buchanan; whose clients include The Wall Street Journal, MTV, The New York Times, etc.

Interestingly, a Fortune article was headlined “Sacrilege”, when The Economist ran a cover in 2010 with an image of Steve Jobs with a halo.

Lord Vishnu is “preserver” in the Hindu triad with Lord Brahma and Lord Shiva as the aspect of the Supreme. He has ten incarnations to establish dharma (divine law). Moksh (liberation) is the ultimate goal of Hinduism. There are about three million Hindus in USA.