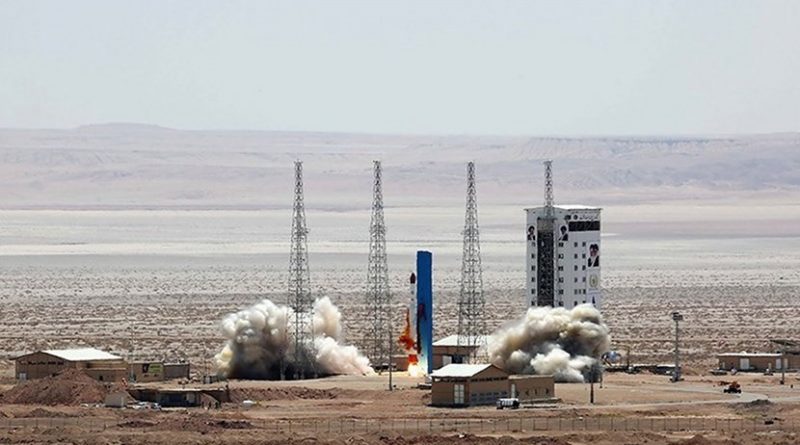 A classified American sabotage program has all but grounded the Iranian satellite and missile programs, according to anonymous government officials who claim the US has been infiltrating Iranian tech with faulty parts.

The sabotage program was reportedly born during George W. Bush’s presidency and has been slipping “faulty parts and materials” into the supply chain of the Iranian aerospace industry ever since, the officials told the Times. While it had begun to flag under Barack Obama, who pursued a policy of cooperation with Iran via the nuclear deal, Pompeo revived the program in 2017 when he became director of the CIA.

While the CIA declined to comment, government officials reportedly requested that the Times not publish the names of specific suppliers that were involved, as these were still being used as conduits for defective parts. Thanks to the oppressive climate of sanctions, Iran was already forced to source its parts from “black markets and shadowy middlemen” – “targets the CIA found comparatively easy to penetrate,” the sources state.

At one point, an unexploded Iranian missile landed in Baghdad’s Green Zone, allowing the Americans to dissect it and confirm the presence of one of their defective parts – though the sources didn’t specify when this happened, or how it was discovered. Otherwise, the outsize failure rate of Iranian satellite launches is the only indicator they have that the sabotage program is working. Iran hasn’t successfully launched a satellite since 2015, and the officials speculate that the absence of new Iranian satellites in orbit indicates multiple launch attempts have ended in “catastrophic failure.”

There is precious little corroboration of American meddling from the Iranians, though Brig. Gen. Amir Ali Hajizadeh, head of the missile program, did accuse the US of targeting the program with a campaign of “infiltration and sabotage” in 2016 as President Donald Trump threatened to withdraw from the nuclear deal. The US has been conducting a similar sabotage program with North Korea, according to sources on Trump’s national security team and military documents outlining a “left of launch” non-interception approach to countering missiles. However, some experts pointed out that the string of embarrassing failures plaguing North Korea’s missile program could be caused by anything from incompetence to manufacturing errors.

Two Iranian rocket failures so far this year can be chalked up to US sabotage efforts, the New York Times reported, citing more than six current and former government officials who told the paper these botched satellite launches are part of an 11-year “pattern.”

The report acknowledged that it was impossible to measure the success, impact, or even existence of such a program, but pointed to the Iranian space agency’s high launch-failure rate – 67 percent as opposed to a global average of five percent – as proof of American saboteurs’ effectiveness.

Unidentified “aerospace experts” poured cold water on the Times’ report, warning that “some of Iran’s troubles” could be due to normal malfunctions – launching a satellite is still a fantastically complex affair. Moreover, “rocket specialists” echo Tehran’s own claims that the overlap between the technology powering the country’s space program and those powering its missiles is infinitesimal – sabotaging the rockets would not appreciably affect the missiles, and vice versa.

However, President Donald Trump has predictably accused Iran of using its space program as cover for the development of ballistic-missile technology with an eye toward flinging a nuclear warhead at the US or Israel – even though weapons inspectors and the heads of his own intelligence services concur that Tehran is not building nuclear weapons, despite the US failing to hold up its end of the JCPOA nuclear deal. Had the January 15 launch succeeded, Trump said, it would have given Tehran “critical information” that it could have used to “pursue intercontinental ballistic missile capability, and a capability, actually, of reaching the United States.”