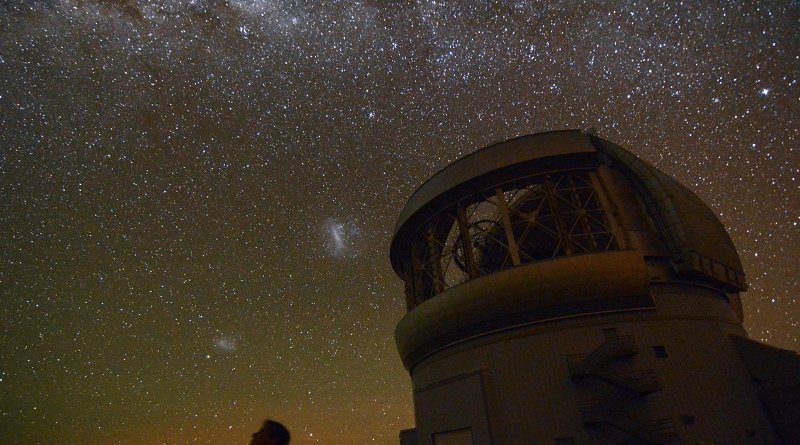 Over the past four years, an instrument attached to a telescope in the Chilean Andes – known as the Gemini Planet Imager – has set its gaze on 531 stars in search of new planets. The team, led by Stanford University, is now releasing initial findings from the first half of the survey, published in The Astronomical Journal.

The survey imaged six planets and three brown dwarfs orbiting these 300 stars and offered new details about Jupiter-like planets, which could influence theories about how Earth formed and became habitable.

“Over the past twenty years, astronomers have discovered all of these solar systems that are really different from our own,” said Bruce Macintosh, professor of physics at Stanford in the School of Humanities and Sciences. “The question that we want to understand ultimately is: Are there life-bearing, Earth-like planets out there? And one way to answer that is by understanding how other solar systems form.”

Unlike other planet-hunting techniques, which rely on looking for signs of a planet – like the effect of its gravity on the parent star – rather than the planet itself, the Gemini Planet Imager takes direct images, picking the faint planet out of the glare of a star a million times brighter.

“The giant planets in our own solar system live between five and 30 times Earth’s orbital distance, and for the first time we’re probing a similar region around other stars,” said Eric Nielsen, a research scientist at the Kavli Institute for Particle Astrophysics and Cosmology and lead author of the paper. “It’s pretty exciting to be able to start to put together a census of the planets larger than Jupiter in the outer solar systems of some of our neighboring stars.”

In the first half of the survey, the Gemini Planet Imager found fewer exoplanets than the researchers expected. However, the exoplanets they did see contributed to one of their strongest results: every one of the six planets orbited a large, bright star – despite the fact that planets are easier to see near faint stars. This shows conclusively that wide-orbiting giant planets are more common around high mass stars, at least 1.5 times more massive than the sun. Meanwhile, for sun-like stars, Jupiter’s larger cousins are much rarer than the small planets discovered close to their star by missions like NASA’s Kepler.

“Given what we and other surveys have seen so far, our solar system doesn’t look like other solar systems,” Macintosh said. “We don’t have as many planets packed in as close to the sun as they do to their stars and we now have tentative evidence that another way in which we might be rare is having these kind of Jupiter-and-up planets.”

Although exact Jupiter-equivalent exoplanets are just beyond the scope of their instruments, not finding even a hint of something Jupiter-like around these 300 stars leaves open the possibility that our Jupiter is special.

One other result from the first half of the survey is that brown dwarfs – objects larger than planets but smaller than stars – are a very distinct population from planets. This may point to a different formation mechanism for this class of objects, suggesting that brown dwarfs are more similar to failed stars than super-size planets.

“The region in the middle could be where you’re most likely to find planets larger than Jupiter around other stars,” Nielsen added, “which is very interesting since this is where we see Jupiter and Saturn in our own solar system.”

All three of the main findings support the hypothesis that giant planets likely form “bottom up” by accumulation of particles around a solid core, whereas brown dwarfs likely form “top down” as a result of huge gravitational instabilities in the disk of gas and dust from which a solar system develops.

Working their way to Earth

The Gemini Planet Imager Exoplanet Survey (GPIES) observed its 531st, and final, new star in January 2019. The Gemini Planet Imager team is now working on making the instrument more sensitive to smaller, cooler exoplanets that orbit closer to their suns. Meanwhile, the surveys capable of indirectly observing those exoplanets are moving their sensitivity outward. In the not-too-distant future, the two should convene at the corners of space where a solar system like our own could still be hiding. Whatever instrument is the first to be capable of directly viewing an Earth-like world, Macintosh imagines it will be, at least in part, a descendant of the Gemini Planet Imager.

“Right now, we see these planets as fuzzy, red blobs. Someday, it’s going to be a fuzzy blue blob. And that little, tiny, fuzzy, blue blob is going to be an Earth,” Macintosh said. “Getting to Earths will take a space mission that’s probably about 20 years away. But when it flies, it’ll use a spectrograph like the one we built and deformable mirrors like what we have and software with lines of code that we’ve written.”

More immediately, the GPIES team members plan to publish additional results about the survey, including information they gathered about the atmospheres of exoplanets they saw, and finish analyzing the data obtained during the second half of the survey.

“I helped take the first GPIES planet search images four and a half years ago,” said Robert De Rosa, a research scientist at the Kavli Institute for Particle Astrophysics and Cosmology and co-author of the paper, who spent many nights observing with the Gemini Planet Imager in Chile and remotely from Stanford. “It’s bittersweet to see it draw to a close.”