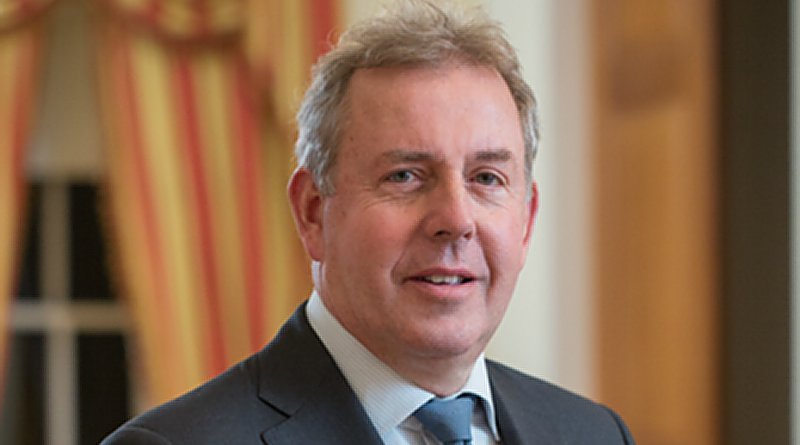 Rarely do ambassadors resign after an intense self-assessment of worth. Diplomatic immunity does not merely extend to protecting the official from the reach of local laws; it encourages a degree of freedom in engaging as a country’s representative. Sir Kim Darroch, as UK ambassador to the United States, felt that any freedom afforded him in that capacity had ended. “The current situation is making it impossible for me to carry out my role as I would have liked.”

The storm between Darroch’s good offices and the Trump administration was precipitated by the publication in the Mail on Sunday of content drawn from leaked diplomatic cables. Darroch expressed a view both unsurprising as it was prosaic. “We don’t really believe this administration is going to become substantially more normal; less dysfunctional; less unpredictable; less faction riven less diplomatically clumsy and inept.”

Specific foreign policy areas were singled out. Regarding Tehran, a memorandum from June 22 notes that it was “unlikely that US policy on Iran is going to become more coherent anytime soon. This is a divided Administration.” Future British-US relations are in for a heady time. “As we advance our agenda of deepening and strengthening trading agreements,” comes Darroch’s warning in a June 10 memorandum, “divergences of approach on climate change, media freedoms and the death penalty may come to the fore.”

Darroch’s assessment might have been withering, but he was keen to provide his superiors a portrait on how best to approach Trump. All importantly, emphasise concentrated repetition. “It’s important to ‘flood the zone’: you want as many as possible of those who Trump consults to give them the same answer.” It was important to keep up his interest on the phone: speak two or three times a month, maybe more. Flatter him and treacle-glaze words. “You need to start praising him for something that he’s done recently.” Be blunt; if critical of Trump, be sure it is not personal and not a matter or surprise. Throw him parties, roll out the red carpet, and entertain the beast.

UK Prime Minister Theresa May, while caught off guard, did not flinch in backing her man in Washington. What mattered was not the content of the correspondence but the fact of its revelation. (Ignore the substance; punish the leaker.) “Contact has been made with the Trump administration, setting out our view that we believe the leak is unacceptable,” came the view of May’s spokesman. “It is, of course, a matter of regret that this has happened.”

Such regret tends to take the form of safe, internally orchestrated inquiries. At their conclusion, amnesia would have set in, making no one the wiser. UK Foreign Minister Jeremy Hunt has promised “serious consequences” for the source, but he was also open to the default position of Anglo-US politics when matters sour: the Russians might have done it. “Of course,” he told The Sun, “it would be massively concerning if it was the act of a foreign, hostile state.” Feeling some unnatural urge for balance, he felt it necessary to tell the paper that he had “seen no evidence that’s the case, but we’ll look at the leak inquiry very carefully.”

Former British ambassador to Washington, Christopher Meyer, cast the net wider. “It was clearly somebody,” he opined on BBC radio, “who set out deliberately to sabotage Sir Kim’s ambassadorship, to make his position untenable and to have him replaced by somebody more congenial to the leaker.”

On July 8, Trump issued a spray on Twitter designed to sink the ambassador’s continued appointment. “I do not know the Ambassador, but he is not well liked or well thought of within the US. We will no longer deal with him.” The comment was a prelude to his usual self-congratulatory view on such matters as Brexit. “I have been very critical about the way the UK and Prime Minister Theresa May handled Brexit. What a mess she and her representatives have created.” May, he felt, had refused to accede to this all shaking wisdom.

Darroch’s exposure to the Trump show was never going to have unqualified shielding. May will shortly vacate the prime minister’s office, leaving the way for either Boris Johnson or Hunt to take the reins. Given that the UK is set – at least as things stand – to leave the European Union on October 31, being in the Trump administration’s good books for a US-UK trade deal is a matter of distracting importance. To illustrate the point, UK trade minister Liam Fox made a note on a visit to Washington to issue an apology to Trump’s daughter, Ivanka.

Darroch’s remarks, to that end, assumed another degree of importance. Would Britain’s representative in Washington have the support of May’s successor? The stance taken by the main contender for the Tory leadership in a debate on Tuesday cast doubt on that position. Johnson’s opponent, Jeremy Hunt, failed to receive a clear answer after questioning Johnson on whether he would stick with the ambassador should he become prime minister.

On Friday, the BBC’s Andrew Neil got closer, but received a good deal of waffle by way of response. “I stood up completely for the principle that civil servants should be allowed to say what they want for their political masters without fear or favour.” Not quite. An old tradition was broken with, and Trump, as he continues to do, had gotten his way – again.