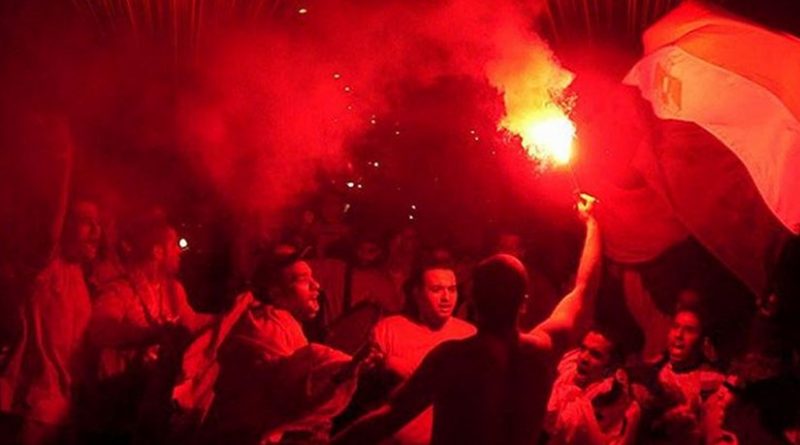 The anti-American protests spreading across the Middle East and North Africa may be fuelled by an obscure anti-Muslim American film but are really about domestic score settling and political maneuvering.

At the bottom line, the message from this week’s riots that killed US ambassador Christopher Stephens and 13 others in Benghazi, wrecked the US consulate in Libya’s second city and sparked attacks on US missions in Cairo and elsewhere is that the transition from autocracy to more open societies in post-revolt Middle Eastern and North African nations remains an unfinished, convoluted process. It is a message that is being expressed by protesters whose background varies from country to country and in Egypt include militant, highly politicized, well organized and street battled-hardened soccer fans or ultras.

Transition is likely to remain volatile until post-autocratic governments deliver on the demands of protesters, including social justice and reform of the former regime’s repressive machinery that in the last 21 months have toppled four Arab leaders and plunged Syria into civil war. It also will stay convolutes until populations who have only known totalitarianism become more tolerant and thick skinned as they adapt to emerging more open, pluralistic societies that embrace the principle of live and let live and freedom of expression.

Journalist Issandr El Amrani noted in The National this week that historically Islamists and autocratic governments have used perceived insults against Islam as a mobilization tool. The difference between this week’s crisis or the 2005 Danish cartoon crisis that was fomented by the governments of Egypt and Saudi Arabia and the 1988 death fatwa against Salman Rushdie issued by Iranian Ayatollah Ruhollah Khomeni or the Egyptian Muslim Brotherhood’s campaign in 2000 against Syrian novelist Hayder Hayder is the Internet that puts obscure or local expressions of bigotry on the global map.

Few doubt that the devastating attack on the US consulate in Benghazi was pre-planned and that the manipulation of emotions over a film that would have best been ignored allowed militant Islamists bent on revenging the death of an Al Qaeda leader, Sheikh al-Libi, to execute their plan in a country that is struggling to build institutions, disarm a multitude of armed groups and build unified military and law enforcement forces. In Egypt, the initial driver of the protests appears to be Al Qaeda leader Ayman Zawahiri’s brother Mohammed who heads a small group of Salafists that saw an opportunity to commemorate in its own way the anniversary of the 9/11 attacks and score points against the Muslim Brotherhood which has largely out maneuvered the country’s more radical Islamists.

Nonetheless, the Islamists have put post-revolt governments on the spot forcing them to walk a tightrope between condemning the violence as well as the insult of the Prophet Mohammed. In Egypt, the emotions evoked and the central role of the ultras, one of the country’s largest and best organized civic groups, forced President Mohammed Morsi’s Muslim Brotherhood to call for a demonstration of its own against the US film that it may not be able to control.

Amid mounting tension this month between ultras, security forces and the government over the failure to mete out justice for the 74 soccer fans killed in a politically loaded brawl in February in Port Said, the banning of fans from soccer matches and corruption in Egyptian soccer, this week’s anti-American protests offered the ultras the perfect opportunity to make good on their promise of renewed street agitation. Tension started building when ultras last week first stormed the training ground of crowned Cairo club Al Ahly SC and a day later the offices of the Egyptian Football Association (EFA). The protests won the ultras the support of the Brotherhood which now hopes to keep a lid on the brewing conflict by attempting to take control of the anti-American protests.

As far back as February, the ultras asserted that their issues were “bigger than football. We want to settle the score with remnants of the former regime.” In a statement last week they warned that “we remained silent for seven months, during which we were committed to peaceful ways to ask for the rights of 74 martyrs who died in the world’s worst football tragedy. Now, after seven months, we call on everybody to revolt against the football system before action is resumed. We also call on fellow Ultras groups to reunite and support us in our demands.”

That support is being manifested on the streets around the US embassy in Cairo where the anger sparked by the US film offered the ultras a renewed opportunity to settle scores with the police and the security forces – Egypt’s most despised institutions that are widely seen as the brutal enforcers of ousted President Hosni Mubarak’s repressive regime. Those scores are deep seated dating back to four years of regular clashes with police and security forces in the stadiums as well as the memory of police brutality in the poorer neighborhoods of Egyptian cities, the clashes during the 18 days of protest last year that toppled Mr. Mubarak and the vicious street battles since then that killed scores and wounded thousands.

To the ultras, defeating the police is reaffirmation of their dignity. It amounts to defeating the remnants of the Mubarak regime and what sociologist Salwa Ismail describes as ensuring that the “fear and the culture of fear that continuous monitoring, surveillance, humiliation and abuse have created” defeated with the toppling of Mr. Mubarak is maintained

To ordinary Egyptians, the state in the words of London School of Economics and Political Science historian John Calcraft was in autocratic Middle Eastern and North African regimes “in the detention cells, in the corrupt police stations, in the beatings, in the blood of the people, in the popular quarters.” What the ultras in front of the US embassy and before that on Tahrir Square and in the stadiums were performing is continued “rejection of fear and the culture of fear” in a bid to ensure that the demands that led to the toppling of autocratic leaders are achieved says Mr. Calcraft .

It was also learning the lessons – both in the run-up to Mr. Mubarak’s downfall and in the post-Mubarak transition period – of the failures of revolutionaries like prominent Syria poet Adonis and Yasin Al-Hafiz in the heyday of Arab nationalism whose Marxist thinking was at the core of the Syrian Baath Party’s ideology but was rendered impotent by autocracies that stymied critical, independent thinking.

“We aspire as revolutionary Arabs, to lay the foundations for a new era for the Arabs. We know that institutionalizing a new era requires from the very beginning a total break with the past. We also know that the starting point of this founding break is criticism, the criticism of all that is inherited, prevalent and common. The role of criticism is not limited to exposing and laying bare whatever prevents the creation of a new era but involves its destruction,” Adonis wrote.

Al-Hafiz argued that “a critique of all aspects of existing Arab society and its traditions as well as a strict scientific, secular critique and deep, penetrating analysis is a fundamental obligation of the Arab revolutionary socialist vanguard …Exploring the traditional frames of Arab society, will accelerate the creation of a completely modern Arab society. Without such an explosion, the chances for a systematic, speedy and revolutionary development of the traditional intellectual and social structures of the Arab people will be questionable if not impossible.”

The challenge for post-revolt governments in the Middle East and North Africa is harnessing the revolutionary energy released by people’s realization that there is power in numbers and channeling it from street into pluralistic politics of political organizations and interest groups. Building confidence in post-revolt institutions and delivering on protesters’ original demands is the key. A first step in Egypt would be long overdue reform of the police and security forces.