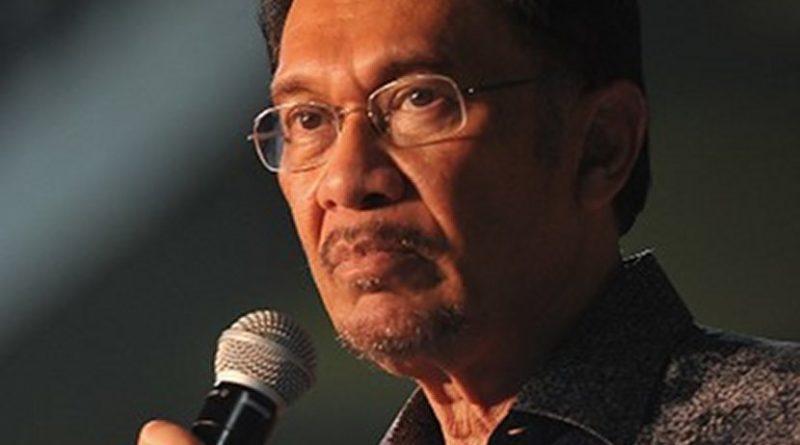 Malaysian politician Anwar Ibrahim claimed victory in a special election Saturday, setting the stage for his return to Parliament in a landslide win widely seen as a first step that could propel him to power, eventually replacing Prime Minister Mahathir Mohamad.

Figures released by the Election Commission showed that Anwar received more than 71 percent of the total votes cast in a by-election battle for a parliamentary seat representing the coastal town of Port Dickson in Sembilan state, about 100 km (62 miles) south of Kuala Lumpur.

“I am, of course, extremely pleased and humbled by the result,” Anwar, 71, told supporters hours after the close of the polling.

“I just called and spoke to Tun Mahathir and he is glad,” he said, using a common honorific title for the 93-year-old Malaysian leader.

Anwar described his win by a huge margin as unexpected but convincing.

“This to my mind is an important milestone, a vote of confidence for the government and the reform agenda, and the prime minister,” he told reporters as about 1,000 supporters cheered at his campaign headquarters.

Anwar was the nation’s most famous political prisoner until he received a royal full-pardon in May this year, when the opposition alliance that he jointly led with Mahathir pulled off a stunning election victory, ushering then-Prime Minister Najib Razak’s political downfall.

More than 58 percent of the 75,770 registered voters turned out in the Port Dickson by-election that pitted seven candidates, including Mohd Saiful Bukhari Azlan, an ex-aide who had accused Anwar of sodomy. Anwar received 31,016 votes, Saiful bagged 82, election officials said.

The by-election for the parliamentary seat took place after the incumbent, Danyal Balagopal Abdullah, resigned on Sept. 12 to give way to Anwar. Danyal is a member of the People’s Justice Party or PKR headed by Anwar.

Anwar, who was once the country’s former deputy prime minister, spent eight of the past 20 years in prison on what his supporters claimed were politically-motivated sodomy charges, including one that was orchestrated by Najib.

To defeat Najib, Anwar and Najib set aside their bitter feud. Mahathir had pledged during the campaign for the May general election that he would eventually hand over power to Anwar.