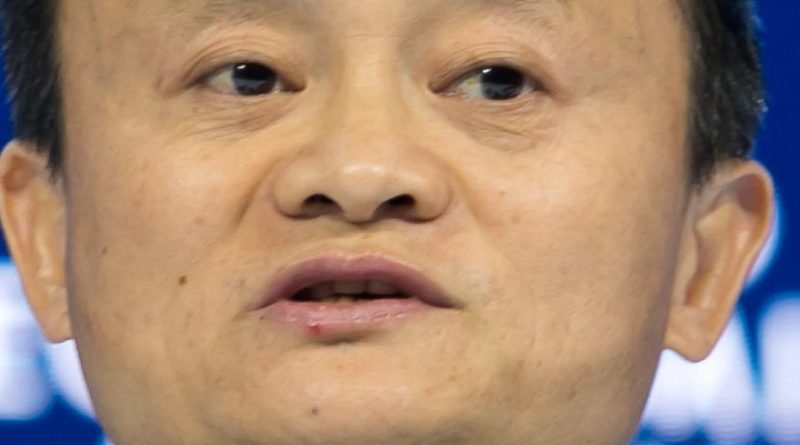 U.S. will suffer more from the current trade war with China, warned Alibaba founder Jack Ma addressing over 1000 business leaders, government officials and economic experts from Malaysia and across the region attending the China Conference here on October 10-11. He added that America has been growing and unemployment has been on the decline, even with the deficit in the trade balance with China.

President Donald Trump has repeatedly cited the huge trade deficit with China as the reason for putting up tariff walls against Chinese goods. Ma warned that such trade wars could cause problems for anyone who trades with China or the U.S.

“This trade war is going to be long (and) solution will come from technology,” warned Ma, who spoke via a teleconferencing link from overseas. “We need to work together to solve problems,” he added.

This was quite apparent during the two-day conference, the first such conference organized by the Hong Kong based South China Morning Post (SCMP) outside its home base. In a number of panel discussions, young Internet entrepreneurs from the region talked about their new start-ups and their successes in creating opportunities for expanding commerce and connectivity across the region.

Fund manager Cheah Cheng Hye, of Hong Kong-based Value Partners Group, in a presentation on how China is leading the pack in changing the region pointed out that in just two generations per capita income in China increased by 27.8 percent and in Vietnam by 24.7 percent.

He argued that Asia is moving away from supply chain to demand chain with the biggest millennium populations in the world being in India with 454 million and China 418 million, with the U.S. way back at 87 million.

He said that in China there are over 750 million connected to the Internet, while in India it is 390 million and in Indonesia 250 million. “In Asia you could now reach people through Internet with great speed,” noted Cheah. He also added that China provides the world’s largest outbound tourism market spending over $250 million overseas and Chinese tourists spend overseas more than Britain, U.S., France and German tourists put together.

While many of the speakers were optimistic that Asia could weather the storm of a prolonged trade war between the world’s top two economies, Alibaba Group executive and vice-chairman Joe Tsai, warned the dispute was veering towards becoming a “cold war or geopolitical war started by the United States”.

“I think what the United States is doing is a reaction to an unfounded fear that China’s rise is somehow going to threaten the national security and well-being of the American people,” said Tsai, who is also the chairman of SCMP (which is owned by Alibaba Group). But, he argued, that is a foolish view because the world economy is inter-connected and hence interdependent.

“It is really ill-advised for the United States to launch a war of some sort targeting China thinking that they can treat China like the way they treated Russia by isolating the economy and bringing on pain,” Tsai said speaking on a panel looking at ‘Disruptions in Southeast Asia’ due to new technological applications. “We are so integrated that the pain is going to be felt all over the world,” he added.

In the opening address at the two-day forum, former Hong Kong leader Leung Chun-ying questioned the real motive for Trump’s trade war. He suggested that though the focus on the trade dispute is on the need for the U.S. to reduce its trade imbalance with China, “what has not been discussed fully is that the U.S. does not have the capacity to produce all the good it needs”.

In the new technology driven business environment in Asia, Malaysian businessman, Dr Francis Yeoh Sock-ping, executive chairman of YTL Group of Companies argues that it is innovative companies rather than governments that shape the new economic architecture.

“In China, Alibaba came up by chance not by design because China (government) fear the Internet,” he told a panel discussion moderated by SCMP’s business editor Eugene Tang. “Alibaba did the economic solutions for the people and people loved it,” he added.

In a panel where four young entrepreneurs discussed how to tap into 700 million consumers in Southeast Asia, Victor Tseng, chief communication officer Ctrip, a leading Chinese travel portal said that they are building a big global supply chain because increasing numbers of people in the region are travelling within and outside the region, most of them young people.

Anita Ngai, chief revenue officer of Klook another Chinese internet-driven travel company said they have built Asia’s biggest travel portal. “China has about 90 million travelling each year while Southeast Asia has about 50 million independent travellers every year and these number are growing,” she noted. Recently, her firm has held a travel fair over a weekend at a large mall in Manila, which was attended by over 40,000 people.

“Philippines has one of the world’s largest online population, but many don’t want to do online transactions,” explained Ngai. “We needed to fit into local behavior and we introduced a pre-paid card putting elements to localize transactions.”

Young Singaporean technopreneur Hian Goh argued in a panel looking at Asian start-ups, that Southeast Asia has so much ability to expand. “There is no need to go to Europe or North America (for technology),” he said. “The success of technology companies in Southeast Asia will depend on using local labour (techno talent) force to go global.” In a light-hearted comment he pointed out: “Chinese were learning English 20 years ago, now we hire Chinese to teach Chinese to us.”

The optimism and confidence seen here from young Asian technoprenuers is an indication that America’s trade war with China is perhaps sending missiles in the wrong direction.