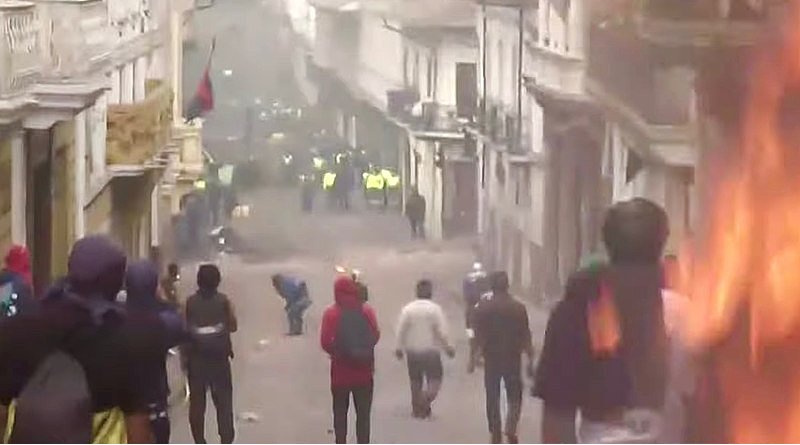 The protests began on October 3, 2019 after President Lenin Moreno signed off on austerity measures that eliminated a US$1.3 billion gasoline subsidy. Taxi and bus drivers, student groups, and thousands of indigenous people took to the streets in response, resulting in days of unrest.

“Ecuadorian authorities should conduct prompt, thorough and impartial investigations into allegations of excessive force by security forces and due process violations, as well as of violence by protesters,” said Jose Miguel Vivanco, Americas director at Human Rights Watch. “Accountability is key to ensure victims’ rights to justice and is an effective deterrent to abuse.”

Ecuador’s police have fired tear gas indiscriminately at protesters, sometimes in enclosed spaces or from a distance close enough to cause injuries, Human Rights Watch heard in interviews. The Ombudsperson’s Office reported that Ecuadorian authorities have detained more than 1,000 people since protests began and that some detainees were unable to contact their families or confer with attorneys.