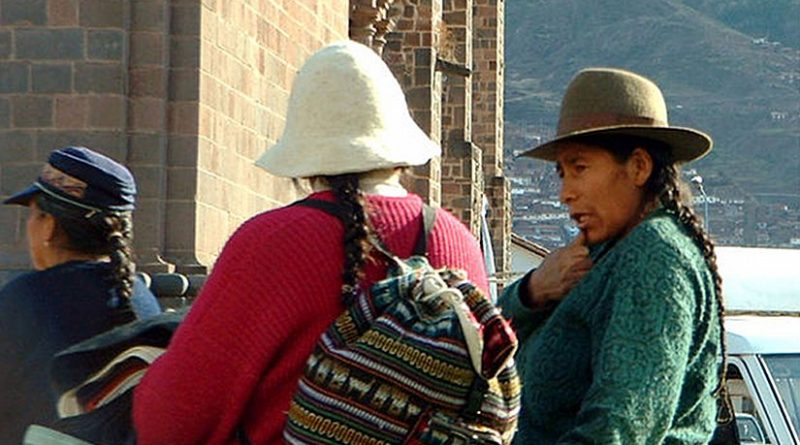 Peru’s government has ordered the creation of the Registry of Victims of Forced Sterilizations to record violations that occurred between 1995 and 2001.

The Ombudsman’s Office estimates that more than 270,000 women were sterilized against their will between 1995 and 2001, but only 2,091 have filed a complaint with the Public Ministry.

During the government of former President Alberto Fujimori (1990-2000), 346,219 women were sterilized under the Voluntary Surgical Contraception Program. However, it is unknown how many of them were subjected to forced sterilization. The program’s goal was to control the growth rate of the Peruvian population, particularly in indigenous and extremely poor areas.

Although investigations have been opened and closed four times since 1999, the struggle of women who were victims of forced sterilization has now a victory with the approval of the Justice Ministry’s Supreme Decree 006-2015-JUS — in which the Ministry of Women and Vulnerable Populations and the Ministry of Health have also responsibility — released on Nov. 6, which declared of national interest the priority attention to victims of forced sterilization during the Fujimori regime and ordered the creation of a registry of victims. The decree also mentions access to free health services as well as free public defense and mental health care.

Rute Zúñiga, president of the Association of Women Affected by Forced Sterilizations in Cusco, said that the measure “is just the beginning of what we have been asking for and what we deserve. We will pay special attention on the compliance of the decree provisions. As organized women, we demand to be taken into account in the implementation committees.”

The Peruvian representative to the Andean Parliament, Hilaria Supa, who stood by women who were victims of forced sterilization for 18 years, views the decree as “the beginning of an act of justice for thousands of women who were sterilized against their will.”

The denounces of the abuses committed by the Voluntary Surgical Contraception Program were made in 1997, following the first reports of Supa and the women of Anta, in Cusco. In 1998 María Mamérita Mestanza Chávez, who was surgically sterilized without her consent, died from the operation. A year later, Peruvian and international human rights organizations filed a complaint with the Inter-American Commission on Human Rights (IACHR) against the Peruvian State because of the Mestanza case.

In 2003 Peru recognized that it had violated Mestanza’s rights to life, personal integrity and equality before the law and reached a settlement with the family of the victim, which included a series of reparations, such as financial compensation to Mestanza’s husband and children and the commitment to carry out “a thorough investigation of the case.”

As part of this commitment, in 2004 the General Attorney’s Office opened an investigation that was closed in 2009 on grounds that they had found no criminal evidence. In 2011, after the IACHR ruled that these acts constituted crimes against humanity and therefore do not have a statute of limitations, the General Attorney’s Office ordered the reopening of the investigation into the Mestanza case. But this time, the case included more than 2,000 women who were sterilized against their will who have been identified thus far. However, the investigation was stalled until 2012 when the First Criminal Prosecutor’s Office of Lima issued an order to reopen the case.

On Jan. 22, 2014, the prosecutor in charge of the investigation stated that there was no evidence suggesting that the practice was a policy ordered by Fujimori and implemented by his Health Ministers Eduardo Yong, Marino Costa and Alejandro Aguinaga. Despite the hundreds of testimonies, the prosecutor found evidence of crimes committed only by six doctors and closed the case, stating that forced sterilizations not constitute a crime against humanity.

The investigation was reopened for the fourth time in May by the Public Ministry, but this time it includes Fujimori, who since 2007 is serving a sentence of 25 years in prison for crimes against humanity and corruption, and former Ministers Yong, Costa Bauer and Aguinaga. The Second Criminal Prosecutor’s Office of Lima, led by attorney Marcelita Gutiérrez, has until January 2016 to submit its results and make the appropriate complaint with the judiciary.

“There is evidence to prosecute Fujimori for this crime against humanity, as well as [to prosecute] the Ministers of Health who carried out the plan of mass sterilization of poor women,” told María Ysabel Cedano, director of Demus-Studies for the Defense of the Rights of Women, to reporters.