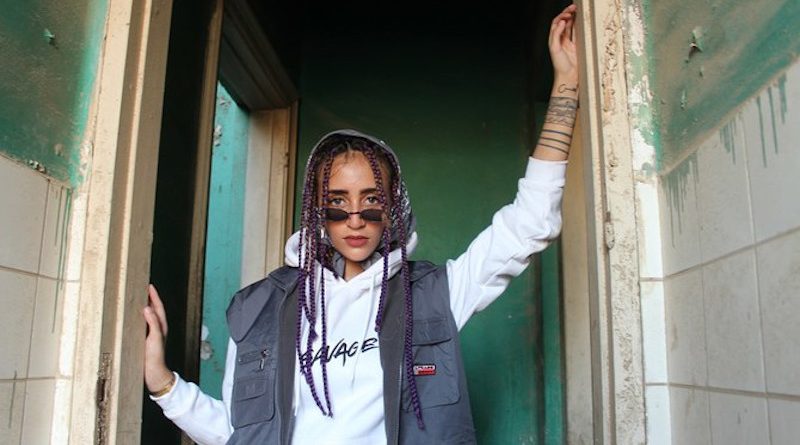 Jara has established herself as a member of Arab rap music’s next generation. Photo Supplied

To sum up her creative output, one simply needs to look at Saudi Arabia-based musician Jara’s Instagram bio, which reads: “Mixed race shawty who raps.”

Don’t even think of boxing her into a single category, though. “I don’t like labels,” she tells Arab News matter-of-factly. “Sometimes, when I talk about music, people will label me as a rapper. I’m like, ‘No, I’m not a rapper. I rap, but I’m not a rapper,” she says.

Despite only being in the music game for just two years, the 23-year-old is quickly making a name for herself. She released her latest single “966” to instant fanfare on Saudi National Day and was recently selected by streaming giant Spotify for the platform’s latest initiative, Sawtik, which aims to celebrate and support unsigned female artists from the Middle East and North Africa region.

Her decision to pursue music was born shortly after her move to Sweden a few years ago. “I was alone most of the time, so writing was my only outlet. I was writing all the time,” explains the young Jeddah-born musician, who is taking Saudi Arabia’s rap scene by storm. The artist was only 19 when she left her native country of Saudi Arabia for Sweden to study international relations and psychology.

“Moving to Sweden really just kick-started my passion for writing,” she said. “Being exposed to different cultures and different types of people really helped me in the way that I write music.

“When I first moved there, I didn’t know the language, I didn’t have friends. All I had were my notes,” she explained. “One day there was an instrument playing in the background, and I just started reading aloud what I was writing. And then I thought, ‘Oh, this kind of sounds cool.”

In the four or five years since Jara’s arrival to the Nordic country, she has already established herself as an unmistakable member of Arab rap music’s next generation, joining the ranks of other trail-blazing female rappers, such as Felukah, Khtek and N1yah, standing out in the male-dominated industry.

While Jara recognizes that rap isn’t the easiest field to break into as a woman, she does add that her gender is an asset. “Instead of looking at it like it’s something that’s stopping me from getting where I want to be, I would say being a woman is something that is going to help me to get there.”

Indeed, it’s difficult to describe her as anything other than a woman on the ascent. World, watch this space.