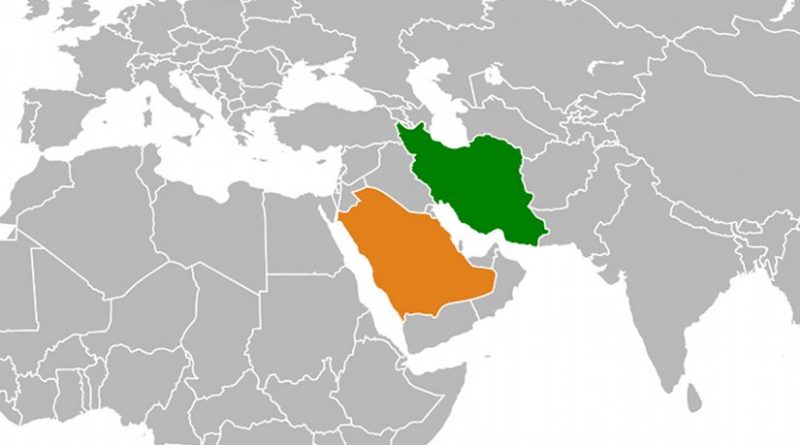 The rift between Saudi Arabia and Iran has quickly ballooned into the worst conflict in decades between the two countries.

The back-and-forth escalation quickly turned the simmering tension into an overt struggle for power in the Middle East. First, the execution of a prominent Shiite cleric prompted protestors to set fire to the Saudi embassy in Tehran. Saudi Arabia cut off diplomatic relations and kicked out Iranian diplomatic personnel. Tehran banned Saudi goods from entering Iran. Worst of all, Iran blames Saudi Arabia for an airstrike that landed near its embassy in Yemen.

Saudi Arabia’s Sunni allies in the Arabian Peninsula largely followed suit by downgrading diplomatic ties with Iran. However, recognizing the dire implications of a major conflict in the region, most of Saudi Arabia’s Gulf State allies did not go as far as to entirely sever diplomatic relations, as Saudi Arabia did. Bahrain, the one nation most closely allied with Riyadh, was the only one to take such a step.

Many of them are concerned about a descent to further instability. Nations like Kuwait and Qatar have trade links with Iran, plus Shiite populations of their own. Crucially, Qatar also shares a maritime border with Iran as well as access to massive natural gas reserves in the Persian Gulf. These countries are trying to split the difference between the two belligerent nations in the Middle East. “The Saudis are on the phone lobbying countries very hard to break off ties with Iran but most Gulf states are trying to find some common ground,” a diplomat from an Arab country told Reuters. “The problem is, common ground between everyone in this region is shrinking.”

The effect from the brewing conflict on oil is murky, but for now it is not having a bullish impact. In the past, geopolitical tension in the Middle East, especially involving large oil producers, would add a few dollars to the price of oil. This risk premium captured the possibility of a supply disruption into the price of a barrel of crude. However, recent events barely registered in oil trading. That is because the global glut in oil supplies loom larger than any potential for a supply disruption. Oil dropped to nearly $30 per barrel on January 12 and oil speculators are not paying any attention to the tension in the Middle East. Also, the conflict could simply manifest itself in an intensified battle for oil market share. Iran has put forth aggressive goals to ramp up oil production in the near-term. And Saudi Arabia continues to produce well in excess of 10 million barrels per day while discounting its crude in several key markets, particularly in Europe in order to box out Iran.

But what if the current “Cold War” between Saudi Arabia and Iran turned hot?

Saudi Arabia has a variety of reasons to not back down, not the least of which is the very real sense of being besieged on multiple fronts. An article in The New Statesman by former British Ambassador to Saudi Arabia, John Jenkins, clearly laid out the threats that Saudi Arabia sees around every corner: extremists at home; a growing Iran; toppled allies from the Arab Spring; low oil prices; and a fractured relationship with the United States. The nuclear deal between Iran and the West was confirmation on the feeling in Riyadh that it is becoming increasingly insecure.

Already the two rivals have engaged in proxy battles in Yemen and Syria, supporting opposite sides in those wars. A full on direct military confrontation would be something entirely different, however. It would have catastrophic consequences for oil markets, even when taking into account the current supply overhang. Dr. Hossein Askari, a professor at The George Washington University, told Oil & Gas 360 that a war between the two countries could lead to supply disruptions, with predictable impacts on prices.

“If there is a war confronting Iran and Saudi Arabia, oil could overnight go to above $250, but decline [back] down to the $100 level,” said Askari. “If they attack each other’s loading facilities, then we could see oil spike to over $500 and stay around there for some time depending on the extent of the damage.”

While not impossible, war is speculative at this point. Also, $250 and $500 per barrel are numbers pulled out of thin air, and may seem a bit sensationalist. But despite the glut in global oil production – somewhere around 1 mb/d – the margin from excess to shortage is thinner than most people think. OPEC is producing flat out and spare capacity is actually remarkably low right now. The EIA estimated that OPEC spare capacity stood at just 1.25 mb/d in the third quarter of 2015, the lowest level since 2008.

As a result, even though it remains a remote possibility, direct military confrontation between Saudi Arabia and Iran could well put oil back into triple-digit territory in short order.