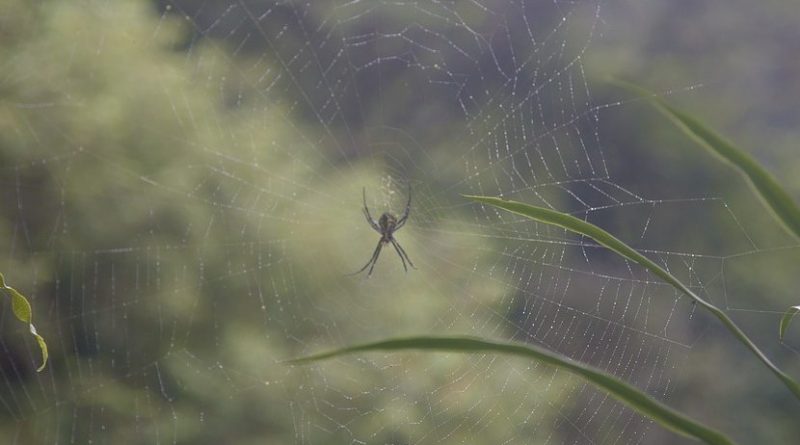 In view of the growing global concern on chemical farming degrading land, endangering human health, water and the environment, the Philippines and other Asia-Pacific developing countries are focusing on agroforestry as means of increasing food supply.

Agroforestry is the combined sustainable use of land to produce trees, food crops and livestock simultaneously with each supplementing each other in terms of fertilization, feed and forage production, crop protection.

This farming system is friendly to the land, water and living things.

Providing guidelines on the use of the discipline is the Indonesia-based World Agroforestry Centre Southeast Asia (ICRAF-SEA) and the Asian Association of Agricultural Colleges and Universities (AAACU).

ICRAF harnesses the benefits of trees for people and the environment through science, and farmers’ knowledge and practices, to ensure food security and environmental sustainability. AAACU is an organization of Asian universities offering college and graduate degrees in agroforestry.
Ranking officials met recently in Manila to assess progress of agroforestry in the region and how this environment-sustaining land use system can further be developed to promote food production.

In Southeast Asia, ICRAF and AAACU are working to expand agroforestry strategies as means to increase resilience to climate change, natural disasters and other shocks.

It believes in the midst of climate upheaval, there is a need to ensure biodiversity conservation while addressing poverty effectively with radical social change paradigms because conventional methods such as those in agriculture have proven most often than not, inappropriate.

Saying many Western-introduced farming systems are taking a toll on Earth– habitat loss, species extinction, genetic erosion, land degradation, chemical pollution and water loss,– CEC is advocating for a return to the native.

Something ASEAN agriculturists and conservationists agree with, considering the growing global concern on human, food and property losses due to worsening storms, earthquakes, wildfires, droughts, floods and volcanic eruptions, caused by climate change.

Philippines and other Asia-Pacific developing country representatives met recently are convinced there is one way to live with climate change’s impacts–focus on agroforestry, an ancient practice as a means of increasing food supply while ensuring land and biodiversity conservation.

A New Name for an Old Practice

Agroforestry is is a new name for an old practice. Historically, cultivating trees and agricultural crops in intimate combination with one another is an ancient practice that farmers have used throughout the world.

It calls for the combined sustainable use of land to produce trees, food crops and livestock simultaneously with each supplementing each other in terms of fertilization, feed and forage production, crop protection.

This farming system is friendly to the land, water and other living things. The management system dates back to the time when humans transitioned from their one-dimensional hunter-gatherer subsistence and began to include agricultural practices as a means of survival.

A key component in agroforestry is in the maintenance of soil moisture, despite respites in rainfall, to provide growth of crops for human subsistence and animal forage.

Providing guidelines on the use of the discipline is the Indonesia-based World Agroforestry Centre Southeast Asia (ICRAF-SEA) and the Asian Association of Agricultural Colleges and Universities (AAACU).

ICRAF harnesses the benefits of trees for people and the environment through science, and farmers’ knowledge and practices, to ensure food security and environmental sustainability. AAACU is an organization of Asian universities offering college and graduate degrees in agroforestry.

Ranking officials met recently to assess progress of agroforestry in the region and how this environment-sustaining land use system can further be developed to promote food production.

of fruit-bearing, non fruit-bearing and nitrogen-fixing trees. These provides for trees ready to sequester dangerous greenhouse gasses like CO2 and replenish oxygen supply and water supply thereby help in cooling the earth.

Trees are the basic component behind agroforestry and are seen as not only source of human food but also for livestock while making croplands fertilized and rich naturally as land is saved and water is conserved.

The Creator’s magic behind this is there are trees that naturally fertilize the soil with nitrogen, the most important element in food production. Called nitrogen fixing trees (eg. Calliandra calothyrsus, Ipil-ipig or Lucaena lucaena, Flemingia macrophylla, Sesbania sesban), root nodules of these trees contain Rhizoctonia bacteria that are able to fix nitrogen from the atmosphere into available fertilizer for food crops thereby eliminating fertilizer costs by farmers.

Trees also store water during rainy season, one tree storing as much as 150 to 200 liters per year and release the water during summer to recharge brooks, rivers and springs needed for irrigating crops.

Today, many farming systems include trees not only to sustain food crop production but also to feed their livestock. For instance, goats are raised with mulberry and Flemingia leaves, cattle and swine with Calliandra a Lucaena, rabbits wit Prosopis joliflora. Flemingia are used in alley cropping with corn, vegetables, spices as fertilizer. More than these, the trees serve as habitat for smaller wildlife, birds and insects, ensuring natural resource management.

These highlight cultivated trees with rice and agricultural crops in intimate combination with one another in ancient practices that farmers have used throughout the ages born out of a need to fulfill immediate basic human needs of food, medicine, fuel, fodder, shelter, protection etc.

Cordillera farmers also establish a complex and somewhat sophisticated type of “shifting cultivation” where in clearing the forest for agricultural use, they deliberately spare certain trees which by the end of the rice growing season provide partial canopy of new foliage to prevent excessive exposure of the soil to the sun. These were an indispensable farming system here and were either planted or preserved from the original forest to provide food, medicines,construction wood and cosmetics.

In Indonesia, it has been a long time traditional practice for farmers to plant an average of two dozen species of plants on plots larger than one-tenth of an hectare. For example, a farmer would coconut (Cocus nucifera) or Pawpaw (Carica papaya) with a lower layer of bananas or Citrus, a shrub layer of coffee or cacao, annuals of different stature such as maize and finally a spreading grown cover such as squash.

Such an intimate mixture of various plants, each with a different structure, imitated the layered configuration of mixed tropical forests.

In Burma, it established teak tree (Tectona grandis) plantation by using a method called “Taungya” which later became the most efficient way of planting teak. The taungya system established teak forest plantations using available unemployed or landless laborers. In return for performing forestry tasks, the laborers are allowed to cultivate the land between the rows of tree seedlings to grow fruit trees, vegetables and spices as well as rootcrops.

Today, ICRAF and AACU member countries have agreed to aggressively implement agroforestry practices after an ASEAN top agriculturists’ meeting at the University of the Philippines at Los Banos,

They agreed, among others, that their countries:

Much still remains to be done to develop agroforestry as a model for biodiversity conservation in the face of climate change while maintaining agricultural productivity.

And considering Asia-Pacific countries’ skyrocketing population and fast-depleting natural resources, no better time than now, is agroforestry needed with urgency.