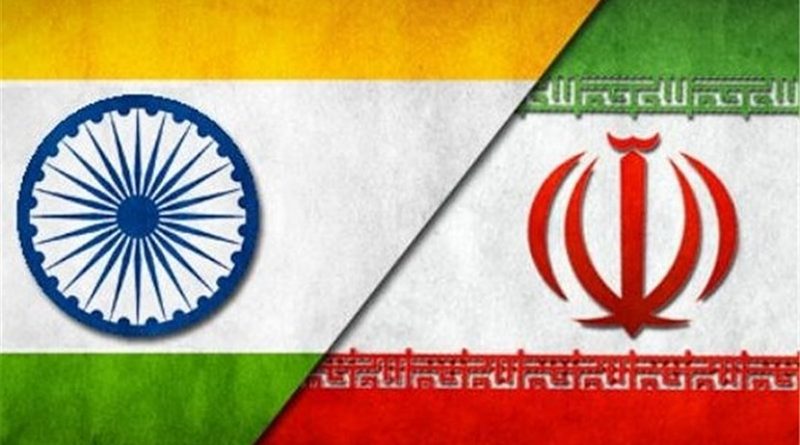 India and Iran are trying to manage the impact on their bilateral relationship of US withdrawal from the JCPOA and re-imposition of sanctions on Iran. The visit of Iranian Foreign Minister Mohammed Javad Zarif to India on 7-9 January 2019 was an attempt to provide impetus to various aspects of the bilateral relationship. While the focus of engagement during Zarif’s visit was on enhancing economic cooperation, the issue of Afghanistan in the backdrop of Trump’s announcement to withdraw American troops was also discussed. Zarif termed his visit “productive”.

India-Iran ties have traditionally been dominated by oil trade. Bilateral trade during fiscal 2016-17 stood at USD 12.89 billion, with Indian imports constituting USD 10.5 billion and exports accounting for USD 2.4 billion. When the Obama administration lifted US sanctions on Iran, India increased its share of oil imports from Iran from 7 to 13 per cent. However, in 2018, the Trump administration re-imposed oil-related sanctions on Iran and urged countries to reduce their imports of Iranian oil to zero. At the same time, the Trump administration granted India, along with China, Turkey, Japan, Turkey, Italy and Greece, country specific waivers under section 4(c)(I)(a) of the Iran Sanction Act of 2006, which allows companies to continue importing Iranian oil for 180 days. India, which had previously planned to raise oil imports from Iran to around 500,000 bpd in 2018-19, will now be buying only 300,000 bpd up to March 2019.

As the deadline for the waiver period approaches, Indian officials are working with their Iranian counterparts to find a way to minimize the impact of unilateral US sanctions. One mechanism they have agreed upon is the payment of dues for Iranian crude in Indian rupees, which Iran will use to source non-sanctionable and humanitarian goods like food and medicine from India. Discussions were also held in this regard during Zarif’s visit. During a public event in which Zarif participated, Minister of State V.K. Singh noted the potential for deeper cooperation in the engineering and pharmaceutical sectors. Speaking at the same event, Gholamhossein Shafei, the president of Iran Chamber of Commerce Industries, Mines and Agriculture, noted the potential for partnerships between Indian and Iranian companies in the field of medicine.

India and Iran also need to address other issues that have tended to constrain bilateral trade. For instance, on the agricultural front, Shafei stated that the imposition of high tariffs on imported Iranian farm products is a major barrier for Iranian exporters. Another matter of concern is the increasing cost of urea imports from Iran. Due to US sanctions, Tehran cannot sell fertilizers directly to India but only through intermediaries. Indian farmers are paying 38 per cent more for Iranian fertilizer than earlier. This issue merits the attention of Indian and Iranian officials.

The energy sector is another important area of concern. Iran’s deputy foreign minister for economic diplomacy Gholamreza Ansari has urged India to seek another waiver from US sanctions to ensure that their oil trade does not suffer. New Delhi faced a similar situation in 2012, but on that occasion had managed to meet the US requirement by significantly reducing its imports from Iran and thus meeting the exemptions granted under the Significant Reduction Exemption (SRE) category of NDAA 2012. For India, Iranian crude is crucial because of subsided prices and 90-day credit facility. Since the SRE provision went back into effect on November 5, 2018 after the US withdrawal from JCPOA, India would now have to continue to reduce its imports of Iranian oil.

There are also other barriers to importing Iranian crude. India mostly used to employ foreign carriers to import oil from Iran. But US sanctions have deterred international shippers and insurers from extending their services. Currently, Iran is providing both tankers and insurance under CIF contract (Cost, Insurance and Freight). But this is not sustainable because, according to the Merchant Shipping Rules 2012, it is mandatory for foreign ships entering Indian ports to hold a valid third-party liability cover, commonly referred to as protection and indemnity (P&I). Such third-party liability risks have to be insured with the London-based International Group of P&I companies or an insurance company authorized by the Indian government. As foreign firms are susceptible to sanctions, it is imperative that India and Iran negotiate the matters of insurance and identify a host to cover the liability.

Although economic diplomacy was the key highlight of Zarif’s visit to India, not much was said about the impasse over the Farzad B gas deal. The negotiation of the deal was meant to be completed by September 2017, but has been delayed due to issues over pricing. Last year, the bilateral relationship became strained after Tehran sought investors like Russia’s Gazprom, while accusing India of being slow and inflexible on issues relating to pricing. In order to make their energy cooperation more significant, India and Iran have to reach a common understanding that addresses the interests of both countries.

During the visit, Zarif raised the issue of the Afghan conflict and stressed the need to strengthen bilateral cooperation on regional security issues. For both countries, the situation in Afghanistan is a matter of acute concern. In the 1990s, they, along with Russia, had played a role in preventing the complete takeover of Afghanistan by the Taliban. But now, the two countries have diverging views on issues concerning Afghanistan.

Firstly, their views differ on the role of the US in Afghanistan. India considers the US presence in Afghanistan as a net benefit. But Iran is of the view that the presence of US troops has only contributed to the deterioration of security and stability in Afghanistan.

Secondly, India and Iran have differing views on the Taliban. Like Russia, China and the US, Iran views Taliban not only as a problem in Afghanistan but also as a solution. Iran’s position is that it would be impossible to have a stable Afghanistan without a role for the Taliban in governance. In January 2019, a high-level Iranian delegation affirmed Tehran’s influence over the Taliban and offered to use that influence for New Delhi. However, India is apprehensive and fears that Taliban returning to power will lead to a spike in extremism in the region.

Lastly, Iran, as much as it is appreciative of India’s role in Afghanistan, is also trying to engage with Pakistan. During his visit, Zarif alluded that Islamabad is trying to play a positive role in getting the peace process underway and sees extremism as an existential threat. India, of course, does not see Pakistan’s role in Afghanistan as being positive. It remains to be seen how India and Iran address their divergences on the Afghan conflict in order to strengthen regional security cooperation.

Javad Zarif’s visit to India can be viewed as an attempt to re-energize economic and security cooperation. While the payment mechanism and banking issues seem to have been resolved with the implementation of the barter system and the decision to establish an Iranian bank of Pasargad branch in Mumbai, issues relating to shipping and insurance need immediate attention. Further, India and Iran must coordinate with other countries like the European Union, Russia and China to find an arrangement to circumvent US sanctions. On regional issues like Afghanistan, India and Iran need more engagement to gain a better understanding of each other’s viewpoints and further cement their partnership. Overall, Zarif’s visit has created a better environment to take the relationship forward. But the challenge lies in sustaining the current momentum.