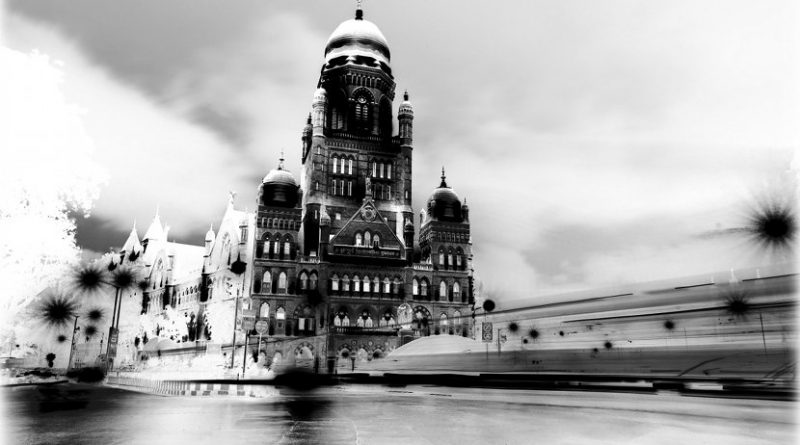 “A diamond trader remembers his friend Tushar a young Palanpuri Jain diamond trader, killed at Opera House, survived by wife and young children. A father remembers his son Ashgar, 29, a worker, a foot soldier for the same diamond trade, killed at Zaveri Bazaar. He was just married two months ago. Both had their last rites very close to each other, Tushar at Chandanwadi crematorium, and Asghar at Bada Kabrastan, minutes away.”1 Is it another quintessentially Mumbai story with the cliché that Mumbaikars are resilient?

‘Terror attack’ seems like a convenient phrase for what happened in Mumbai on Wednesday evening. In the last five years, there have been a number of such attacks. The year 2008 had the highest number of ‘terror attacks’ with eleven incidents across the country. On an average two to three major incidents have been recorded every year. Besides this, the routine insurgent activity has been going on.

There have been many more incidents which did not make it to the timeline.

The Prime Minister and Home Minister’s repeated assertions that the internal security situation has improved doesn’t, however, find resonance in the above timeline. It is true that the number of people losing their lives to ‘terror attacks’ compared to 2001 has come down by half. But that is mere statistic.

The threat perception has increased manifold. There are many more groups and fronts today. The enemy is very much within. If it is the Maoists in some states, in others operate the Lashkar-e-Taiba or the Indian Mujahideen. They can strike and are striking whenever and wherever they feel like. To believe, as the government states, that the Mumbai police have averted terror strikes for the last 30 months is a case of being in denial.

The psychological ripple effect has spilled over. Many argue that India loses more lives in road accidents or perhaps even malaria! But the impact and trauma of a terrorist attack are longer and deeper. It enrages and sets in hatred thus triggering off another cycle of violence.

An overview of homegrown conflict covers almost two thirds of the country today. That is definitely not an improved internal security situation. Though on the ground the areas of conflict are specific and do not cover the entire landmass as a map would indicate, the incoherence of the state’s response makes it appear that India is at war with itself.

Internal conflict has changed its tone and tenor during the last two decades, with a perceptible shift from rural to urban metropolises. Now that terrorism has now found its favourite targets in the country’s commercial and infrastructure hubs, how does India tackle this challenge?

On the streets of Mumbai there is a sense of frustration. There is still no clarity as to who is behind the blasts. The Home Minister has refused to accept intelligence failure but admitted that there was no intelligence on Wednesday’s attacks. He further said that “We are not ruling out the hand of anyone.” That is because, as he observes, “Zaveri Bazaar and Opera House are home and workplace to many people from different communities, let’s not draw conclusions.” But the one conclusion that people have drawn is that they are vulnerable. The next attack could occur the very next moment.

The Home Minister further said that “we have built capacity in last 2 and a half years or so we are trying to fill gaps. The nature of the threat is such that we have to upgrade our capacity.” It is not clear what he meant by ‘capacity’, but the inherent weaknesses in the system like intelligence gathering and the ‘gaps’ in police recruitment and modernization are still prevalent in most parts of the country. It is in the theatres of Maoist dominance that the most visible indices of this weakness are apparent. The Ministry of Home Affairs claims that the Police-population ratio for the country has been raised from 128 per 100,000 to 161. But this does not factor in the 20 per cent increase in the population. The number of personnel lost to superannuation, disability and death or premature retirement is also not factored in. So the increase could only be a replacement rather than an augmentation of the existing force. The recruitment of police officers continues to be an issue. Odisha, for example, which is confronting a Maoist challenge has not recruited police officers since the seventies; currently, there are 5000 vacant posts in the police department.

“We are neighbors living in a troubled neighborhood. Pakistan and Afghanistan are the hubs of terror.” This observation in the aftermath of Wednesday’s blasts by Mr. Chidambaram, if seen from the neighbourhood, would seem misplaced. India is itself troubled. It has more internal conflict and not always aided by external forces. What, however, he may have meant is that the module of terror now is regional in nature. But it is important in that context to mention the specific role of agencies like Pakistan’s Inter Service Intelligence (ISI), which allegedly is the epicenter of this terror network not limited only to India’s neighbourhood. There is a growing regional instability and India is very much a part of that.

Further, Internal Security is not only about securitization. It is the ‘capacity’ to augment measures that address grievances and alienation and avoid discrimination. And if terror is making its way from across the border to India’s heartland then surely there are inadequacies that must be plugged.

Originally published by Institute for Defence Studies and Analyses (www.idsa.in) at http://www.idsa.in/idsacomments/TheMumbaiTerroristAttacks_kbhattacharjee_150711