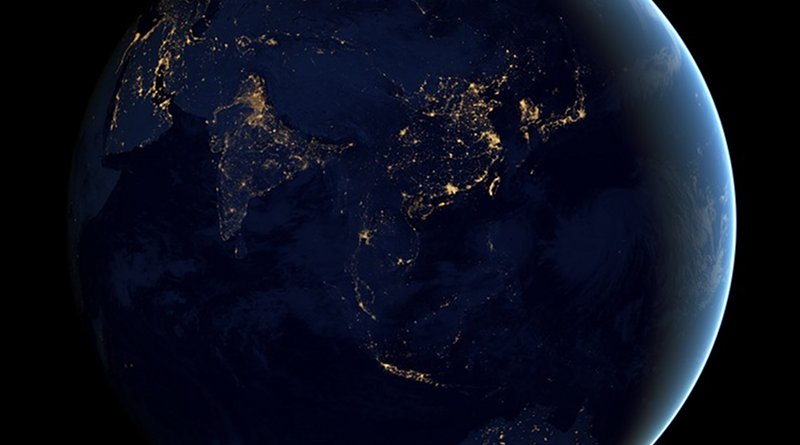 A new space race is indeed warming up Asia, as China and India rapidly scale up their space programmes and build ties with the developing world.

The year 2019 marks the golden jubilee of US astronaut Neil Armstrong’s conquest of the Moon. Among the many events marking the momentous occasion, Wapakoneta — Armstrong’s birthplace in Ohio — organised a race and concert; the US Space and Rocket Center in Huntsville, Alabama, is staging the lunar landing of the Apollo 11 at the Davidson Center every day till December. But Asia seems to be paying a fitting tribute to that “giant leap of mankind”. On 8 September 2019, India landed a rover on the lunar surface.

Despite the touchdown not going as per plan, Indian’s second lunar mission, Chandrayaan2, showcased the Indian Space Research Organisation’s expertise in developing intricate technology and igniting an interest in space exploration among the youth. Within minutes former Sri Lankan President Mahinda Rajapaksa tweeted that it was an “incredibly proud moment for all of South Asia”; National Aeronautics and Space Administration (NASA) stated that the ISRO’s feat had inspired them and the US looked forward to future opportunities to explore our solar system together.

A new space race is indeed warming up Asia. China and India are rapidly scaling up their space programmes. In January 2019, China became the third country to successfully land on the far side of the Moon.

Soon after assuming power, China’s President Xi Jinping stated that the nation’s space dream was an important aspect in making China stronger, and Professor Ouyang Ziyuan, a key official of the department of lunar and deep space exploration, stated that: “Exploration of the Moon is a reflection of China’s comprehensive national power, and significant for raising international prestige.”

In 2003, China became the third country after the United States and Russia to send humans into space. Astronaut Yang Liwei spent about 21 hours in space aboard the Shenzhou-5 spacecraft. After this mission, five other manned missions were conducted between 2005 and 2016. In 2016, astronauts Chen Dong and Jing Haipeng spent a month abroad Tiangong-2, China’s space laboratory. In 2007, it entered the anti-satellite arena by obliterating an old satellite. This technology allows for attacks on enemy satellites by disrupting their communication capabilities. Only the United States, Russia and India (in 2019) have conducted such tests.

Beijing’s ambition is to lead the world in space technology by 2045, and in pursuit of the same the space industry was opened to the private sector in 2014. It is forecast that the space economy will reach $2.7 trillion in 30 years. Today, a clutch of start-up firms are vying with state-owned aerospace giants. For example, Beijing LandSpace Technology Corporation Limited or LandSpace, which was founded in 2015 and manufactures launch vehicles. The private company received funding of nearly 500 million yuan ($73 million) recently, and this year inked deals to the tune of 100 million yuan ($14.8 million), with two European firms that specialise in launch service and mission management in connection with launching CubSat, a miniaturised satellite for space research. Like LandSpace, more than 60 private companies are involved in China’s commercial space industry. In June this year, China launched a rocket carrying satellites for the first time, from a mobile platform in the Yellow Sea for the first time, making it the third country after the US and Russia to get to grips with sea launches.

The Middle Kingdom plans to dispatch probes to Mars, Uranus and Jupiter, construct a scientific research station in the Moon’s southern polar region and a state-of-the-art space station within a decade. Its spending on space-related activities has climbed from $5.6 billion in 2016 from $4.5 billion in 2010, according to China’s National Bureau of Statistics.

Jawaharlal Nehru realised the potential of exploring the cosmos and set up the Indian National Committee for Space Research (INCOSPAR) in the 1960s, enlisting physicist Vikram Sarabhai (the lunar mission lander was named after him) in this endeavour. Prime Minister Narendra Modi has increasingly showcased the space programme as a marker of India’s rising global stature. In the middle of his election campaign in March 2019, Modi addressed the nation to disclose that India had become the fourth country to shoot down a low-orbit satellite with a missile. The nation’s budget for space-related activities is a paltry $1.8 billion, making it one of the most cost-effective projects in the world. Modi’s keen interest in the space programme can be gauged from his presence at ISRO’s mission operations complex during the countdown of Chandrayaan2.

India is planning the first human mission to space in 2021, titled Gaganyaan, and the first level of selection of astronauts has been completed by the Indian Air Force. ISRO also plans to launch Aditya 1 mission to study the sun, a mission to Venus and a second foray to Mars are on the cards. Private players in India are also competing for a slice of the space pie. Space technology start-ups are taking baby steps and catching the eye of investors, for example Bellatrix Aerospace, a Bengaluru based company, has raised $3 million from a group of investors. Bellatrix’s founder Yashas Karanam wants to push satellites into orbit with electric and non-toxic chemical thrusters. ISRO is providing technical inputs to Bellatrix as the latter works on a water-based propellant to help manoeuvre satellites in space. The government’s push to encourage private players can be evidenced from its establishment of NewSpace India Ltd. (NSIL) in March 2019. NSIL will enable transfer of ISRO’s technologies to private firms and chip in for marketing space-based technologies. During a discussion in Parliament in August 2018, the government disclosed that ISRO had transferred 340 types of technologies to private companies.

Today, both China and India are using pioneering research in the arena of space exploration to build ties with the developing world. At the South Asian Association for Regional Cooperation (SAARC) summit in 2014, Prime Minister Modi announced plans to launch a SAARC satellite (later named South Asia satellite) offering communication services free of charge to SAARC nations. Three years later, ISRO launched the 2,230 kg GSAT-9 South Asia satellite. ISRO has launched almost 300 satellites for other countries, with a 104 famously launched at one go. China has been supporting the space programmes of several nations like Brazil and Nigeria, by selling commercial satellites and imparting training and technology to others to launch their own. It is expected that by 2020, China’s indigenous network of 35 BeiDou satellites will provide navigational services to more than 60 nations that have signed up under the Belt and Road Initiative (BRI), posing a challenge to America’s GPS and Europe’s Galileo systems.

Despite the Chandrayaan2 mission not going as per plan, the next few years seem to be exciting for space research, with China and India pushing the boundaries and private players getting to the field. Advanced research may involve breakthroughs in communications technologies, mineral exploitation and maybe tourism to the Moon and beyond!

*The author is a former news editor. He is currently pursuing China studies at the London School of Economics and Political Science.

Home » Sky Is Not The Limit In Asia: How China And India Are Shaping Space Diplomacy – Analysis