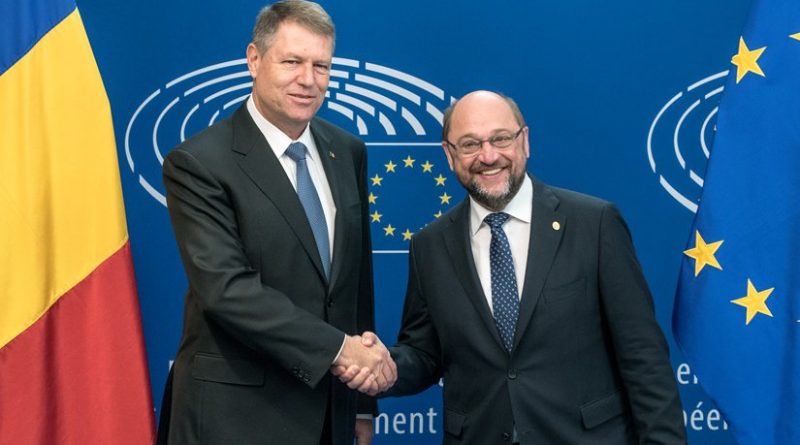 Romanian President Klaus Iohannis met European Parliament President Martin Schulz on October 15 to discuss the refugee crisis, EU reforms that might be needed in the near future and the freedom of movement within the Union. This was the Romanian president’s first visit to the European Parliament, after taking up office last December.

The meeting was followed by a short press conference.

After the meeting, Schulz told reporters, “As far as the situation of the refugees is concerned, we have to provide help on the ground in Turkey. We also hope for a peaceful resolution of the conflict in Syria. The neighboring countries — Jordan, Lebanon and Turkey — need our help.”

Iohannis added, “I was glad to see that in Mr Schulz’s opinion, Romania’s place is in the Schengen Space. We also agreed that the movement of the work force inside the Union cannot be questioned, being an earned value which needs to be preserved.”