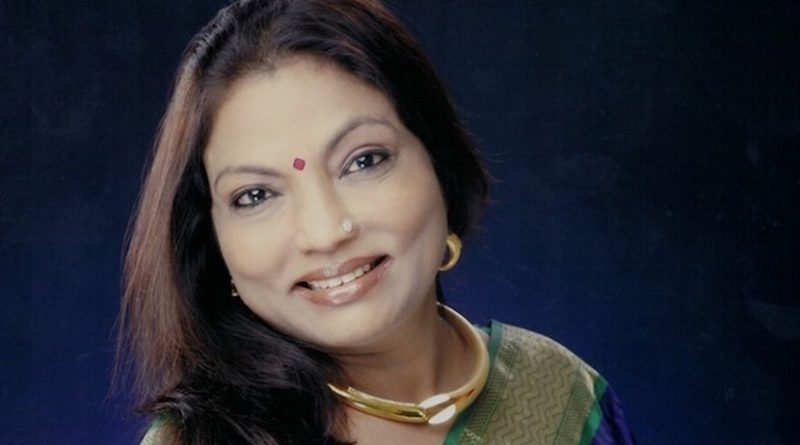 In 2013, Kalpana Saroj, Chairperson of the Mumbai-based Kamani Tubes Ltd. (KTL), was awarded the Padma Shri, India’s fourth highest honour for civilians, for her achievements in the fields of Trade and Industry.

Saroj was successful in turning around the fortunes of KTL, a manufacturing company producing quality copper and copper alloy pipes and tubes. She succeeded where others, including well-networked, male corporate honchos, failed.

What makes her accomplishments all the more impressive is the fact that she is a Dalit (formerly ‘Untouchables’, the lowest caste in India’s millennia-old caste hierarchy) and a woman too. “Her rise to the top is, without a doubt, a function of her personal fortitude and grit,” Christina Thomas Dhanaraj, consultant for #dalitwomenfight, told IDN.

Set up by Ramjibhai Kamani in 1959-60, KTL was initially a profitable enterprise. Then, as bitter feuds erupted among members of the Kamani family, its fortunes plummeted. It was shut down repeatedly and with financial losses mounting, it was declared a ‘sick unit’. In 1989, the running of the company was handed over to a co-operative of KTL’s workers but that too failed to put the unit back on track.

It was in 2001 that KTL’s workers approached Saroj to revive the debt-ridden company and save their jobs. At that point, KTL was sinking under the weight of loans worth Rs 116 crore (1.16 billion) – or USD 1,566 million and 140 cases of litigation. Many advised Saroj against buying the company. She knew nothing about manufacturing copper products, they warned. The company’s liabilities were too huge. It would destroy her.

However, Saroj took up the challenge and within a few years not only did she put KTL back on the rails and turn it into a profitable enterprise – today the company has an annual turnover of Rs 100 crore (one billion) – or USD 135.71 million and the capacity to produce 7,000-10,000 metric tons of alloy – but also, she paid back the company’s loans. Importantly, she saved 566 families from destitution. She cleared all the dues that the company owed the workers in unpaid salaries stretching over several years.

Saroj’s rise in the world of business over the past decade has been spectacular. The annual turnover of her businesses, which extend across non-ferrous manufacturing, sugar production and building construction, is estimated at over Rs 2,000 crore (20 billion) – or USD 271.42 billion. She is a Board member of the Bharatiya Mahila Bank, a state-run women-only bank, and of the Dalit Indian Chamber of Commerce and Industry (DICCI).

But more than her accomplishments in the world of business it is Saroj’s remarkable overcoming of social obstacles that deserves applause. Saroj is a Dalit woman.

Dalits have suffered persecution for several millennia. They have been excluded from education, employment, temples and public spaces. They are forced to do ‘unclean’ jobs like cleaning toilets, skinning cows, etc.

Independent India banned the practice of Untouchability, i.e. the social, physical and political exclusion of Dalits. Legislation to prevent violence against Dalits was enacted and seats for Dalits in schools, public sector jobs and legislatures have been reserved.

Still, on every socio-economic indicator Dalits are at the bottom of the heap. They account for the bulk of India’s poor, the illiterate, malnutritioned and unemployed.

Dalit women like Saroj are worse off, as they are doubly marginalized, suffering on account of being Dalit and women.

This is particularly so in India’s corporate world. Dalits are a minority here and Dalit women a rarity and at the upper echelons, almost non-existent.

“Even if we do manage to get in, the corporate is not designed to be conducive for Dalits to feel safe, confident, or valued,” says Dhanaraj. This is “a system that hinges on networking, social capital and ‘culture fit’ – things that Dalits miss out on given how casteist most Indians still are in creating/sustaining relationships with people they consider ‘inferior’,” she says.

According to Dhanaraj, “attaining leadership positions is even more difficult regardless of how hard/smart they work. For Dalit women, these challenges are amplified since they battle both patriarchy and caste within the workplace. In addition to resisting stereotypes, they also find it difficult to find mentors and sponsors.”

Born into a poor Dalit family in Roparkheda village in the western Indian state of Maharashtra, Saroj’s struggles began early in life. There was no rejoicing at her birth; her uncle called her a zehar ki pudiya (little pocket of poison). In India, girls are looked upon as burdens on the family.

She had to fight poverty, deeply-entrenched patriarchy in Indian society as well as social persecution as a Dalit.

Poverty forced Saroj’s parents to get her married when she was just 12 years old. In her new home in a Mumbai slum Saroj was ill-treated by her in-laws. It was “personal hell,” she recalls. When her father saw her situation, he took her back to his village.

Life is not easy for an Indian woman, especially a little girl, who dares to walk out on her husband. Saroj was ridiculed in her village and as life became unbearable, she attempted suicide. But fate intervened and she survived.

Her survival proved to be a turning point.  Before the suicide, there was “nothing but darkness in life”, Saroj recalls, adding that she used to be “very emotional and easily hurt”. When she got out of the hospital she realized that that struggle was a part of her life and it was her “job to face” struggle.

The next phase of Saroj’s life was difficult too but unlike in the past, she felt no fear in facing challenges.

Saroj returned to Mumbai in search of a job and began working as a helper in a textile mill. She moved on to working at a tailoring shop and then set up her own tailoring unit followed by a furniture store. Sugar factories, real estate and films followed. In 1978, she started Sushikshit Berozgar Yuvak Sanghatana, an organization to help unemployed youth find jobs.

Saroj’s determination and hard work helped her rise to the top and while her successes were achieved on her own steam, she has ensured that others benefit too. Most importantly, her achievements are inspiring millions of Dalits and women in India.