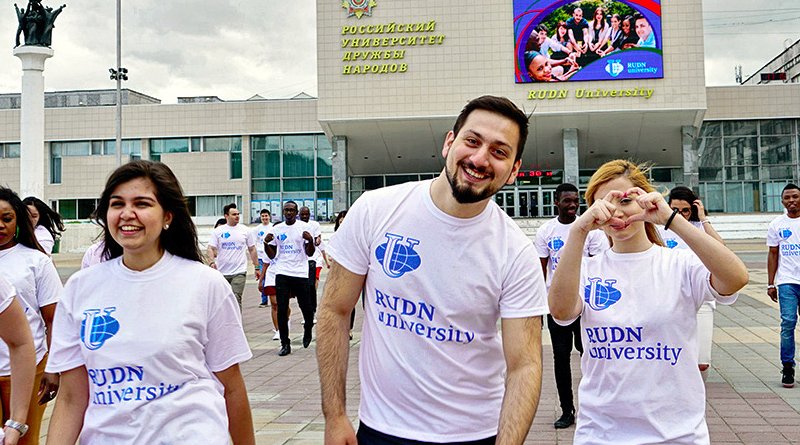 African elite and middle class spend more than US$75 million annually on their children’s education and training in various educational institutions in the Russian Federation.

Foreign Minister Sergey Lavrov, answering questions at a meeting with the students and staff of Moscow State Institute of International Relations (MGIMO) University on the occasion of the new academic year in September, said that for obvious reasons, when the Soviet Union ceased to exist, Russia found itself in a completely different situation.

“As we regained our statehood and control over the country, and the economy and the social sphere began to develop, we began to return to Africa. This process has been ongoing for the past 15 years,” he told the gathering.

“This return is taking the form of resuming a very close political dialogue, which has always been at a strategic and friendly level, as well as resuming people-to-people, cultural, and educational ties: 15,000 Africans are now studying in Russia, and about a third of them receive scholarships provided by the Russian state,” Lavrov explained.

Statistics on training African students are, in fact, staggering.

The Ministry of Science and Higher Education told Eurasia Review during interview discussions that there are an estimated 21,000 African students, some in the far regions still undocumented. This means that African elite and the middle class pay approximately US$75 million annually to Russian educational institutions. Average tuition is US$5,000 per year.

During the conference on Russia-Africa, organized within the framework of International Development on Parliamentarism forum in July, the Chairman of the State Duma, Viacheslav Volodin, was convinced that cultural and educational cooperation could be equally important areas needed to be developed and intensified in the current Russian-African relations.

Volodin further suggested to continue discussing the issues of harmonizing legislation in the scientific and educational spheres, and reminded that hundreds of thousands of African students studied in the Soviet Union and Russia, and now 17,000 African students, majority of them on private contracts, were studying in the Russian Federation.

“The population in the highly developed countries of North America and Europe is ageing fast whereas the young population in the developing countries of Asia, Africa and Latin America is burgeoning and knowledge-hungry. This situation favors the export of our education, which has great potential,” Sadovnichy said.

Russia’s Ministry of Higher Education has already launched a large-scale educational campaign abroad targeting to recruit about 150,000 foreign students annually into its educational institutions across the Russian Federation.

Now foreign students, by law, have the right to employment and can extend their visas at the request of the university without leaving Russia, Eurasia Review learned from both the Ministry of Science and Higher Education and Ministry of Foreign Affairs of the Russian Federation.

Experts from the Center for Strategic Research have remarked that the percentage of Russian universities on the world market is considerably low. Due to this, there’s a need to develop Russian education export opportunities. All these measures will lead to enhanced interest in Russian education among foreigners.

As part of the renewed interest in Africa, Russia has been working on opportunities and diverse ways to increase the number of students, especially children of the growing elite families and middle-class from African countries at Russian universities.

In addition to above, Professor Vladimir Filippov, Rector of the Russian University of People’s Friendship, has underscored the fact that social attitudes toward foreigners first have to change positively, the need to create a multicultural learning environment, then the need to expand and deepen scientific ties between Russia and Africa.

His famous university internationally popular, also known as RUDN University, is an educational and research institution located in Moscow. It was established in 1960 to provide higher education to Third World students. It later became an integral part of the Soviet cultural offensive in non-aligned countries.

In Eurasia Review interview, Filippov acknowledged further that Russia can offer African countries, in terms of developing science and education, all as part of the implementation the educational program within the African Union’s “Agenda 2063” and new opportunities Russian can gain from scientific and educational cooperation with countries of the African continent.

“I hope that the forum will help identify new areas and forms of cooperation, put forward promising joint initiatives that will bring the collaboration between Russia and Africa to a qualitatively new level and contribute to the development of our economies and the prosperity of our peoples,” he said in the message.

Putin further noted the good dynamics of specialist training and education in Russian educational institutions for African countries. Russian and African participants hope to map out broad initiatives in the sphere of education during the first Russia-Africa Summit will take place on October 23-24 in Sochi, southern city of Russia.