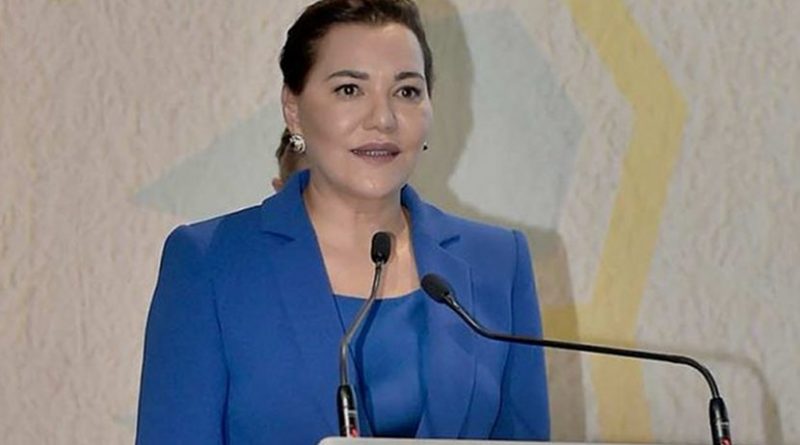 Morocco’s decades-long commitment to clean and sustainable energy is widely recognized. The 2017 Climate Change Performance Index ranked Morocco alongside France, Sweden, and the UK in the top ten most climatically conscious countries, and number one in the developing world, based on criteria including CO2 emissions, renewable energy development, efficiency, and climate policy. Undoubtedly, Morocco will continue to be on the upswing. The northern African nation has strongly promoted a transition towards renewable energy, which it is now implementing. Morocco is widely expected to rank even higher in the coming years

The Moroccan Press Agency reported that Princess Lalla Hasnaa represented in Bonn, King Mohammed VI at the opening ceremony of the high-level segment of the 23rd Conference of the Parties to the United Nations Framework Convention on Climate Change (COP 23).

The opening ceremony was preceded by an informal meeting of heads of state and government chaired by UNSG Antonio Guterres, and attended by Lalla Hasnaa.

The opening ceremony of the COP23 high-level segment was marked by speeches by the UNSG, president of the Federal Republic of Germany Frank-Walter Steinmeier, Fiji’s Prime Minister and COP23 president Frank Bainimarama and UNGA president Miroslav Lajcak.

The high-level segment will resume in the afternoon with statements by several heads of state.

The COP23, held on November 6-17 under the presidency of the Fiji Islands, is meant to devise rules and regulations that would help carry out the Paris Agreement aimed at curbing global temperature rise below 2° Celsius.

As part of the continuity of the Marrakech event, Fiji’s COP23 presidency makes it a top priority to preserve the multilateral consensus laid down in the Paris Agreement to substantially reduce greenhouse emissions, with the ambition of keeping the current momentum for the implementation of the said Agreement via a series of climate actions.

It is worth noting that Morocco last year hosted the 22nd Conference of Parties to the UN Framework Convention on Climate Change (COP22) in Marrakesh. A car Berenice that has witnessed a major success. On the sidelines of that successful climate summit King Mohammed VI delivered a powerful message in which he shares his vision and commitment to clean and sustainable energy in the African continent. He is a powerful excerpt of that speech:

Before going any further, I would like to raise a fundamental question.

It goes without saying that the concern about the future of our planet and the interest taken in the issue by active civil society organizations are real.

But are there really any common, action-oriented objectives? There are two basic elements I would like to consider with you in this regard..

First, there is a disparity between the North and the South when it comes to culture and the environment. That disparity concerns priorities as well as means.

For this reason, it is important to harmonize, even unify, environmental education efforts. The Moroccan Presidency will seek to achieve that objective during its term.

We are all aware that what is at stake is the preservation of life, and that we need to work together to protect the Earth. It is precisely for this reason that I would like to see a convergence of views regarding our actions on the ground.”