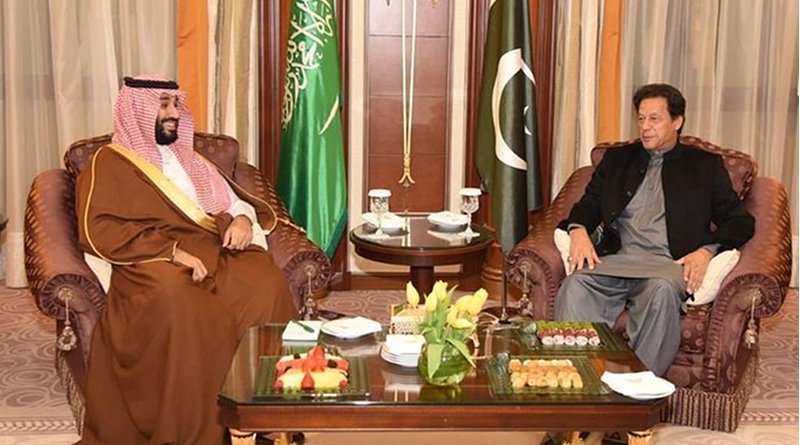 Pakistan’s Prime Minister Imran Khan arrived in Riyadh on Saturday, on a trip during which he met with Crown Prince Mohammed bin Salman. (Twitter: @KSAMOFA)

On Saturday, Khan met with Crown Prince Mohammed bin Salman in Riyadh at a meeting attended by Saudi and Pakistani officials.

On his last trip to the Kingdom in October this year, Khan also met with King Salman and the crown prince.