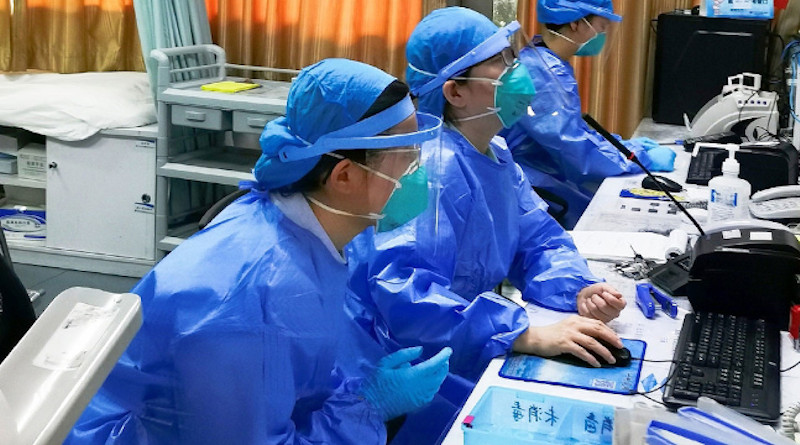 The head of the World Health Organization (WHO) on Saturday cautioned against panic over COVID-19 but also urged governments to step up their efforts to prepare for the virus, saying “it’s impossible to predict which direction this epidemic will take.”

As the number of coronavirus cases reportedly passed 60,000, WHO Director-General Tedros Adhanom Ghebreyesus told foreign policy and security experts gathered for the Munich Security Conference that the UN agency was encouraged that there has not yet been widespread community transmission of the virus, now named COVID-19, outside of China.

WHO was also encouraged that “the global research community has come together to identify and accelerate the most urgent research needs for diagnostics, treatments and vaccines”, and that a team of international experts is now on the ground in China, working closely with Chinese counterparts to understand the outbreak, and to inform the next steps in the global response.

The virus emerged in central China in late December and the latest figures show it has infected more than 63,000 people and has killed some 1,300 patients, mostly in China. The WHO has classified COVID-19 a global health threat.

“The steps China has taken to contain the outbreak at its source appear to have bought to the world time,” Mr. Tedros said.

But ‘we don’t know how much time’

The WHO chief said the agency’s encouragement was tempered by several key concerns, including, the rising number of cases in China, particularly the number of health workers that have been infected; the lack of urgency in funding the response from the international community; the levels of rumours and misinformation hampering the response; and the potential havoc the virus could wreak in countries with weaker health systems.

“The outbreaks of Ebola and COVID-19 underscore once again the vital importance for all countries to invest in preparedness and not panic,” said Mr. Tedros, recalling that two years ago, WHO and the World Bank founded the Global Preparedness Monitoring Board, an independent body to assess the state of the world’s readiness for a pandemic.

He said that last year, the board had published its first report, which concluded the world remains badly prepared.

“For too long, the world has operated on a cycle of panic and neglect. We throw money at an outbreak, and when it’s over, we forget about it and do nothing to prevent the next one…This is frankly difficult to understand, and dangerously short-sighted,” warned Mr. Tedros.

Mr. Tedros outlined key requests of the international community on the way forward:

“We have a choice. Can we come together to face a common and dangerous enemy? Or will we allow fear, suspicion and irrationality to distract and divide us?” the WHO chief asked.

He said that in our fractured and divided world, health was one of the few areas in which international cooperation offered the opportunity for countries to work together for a common cause.

Home » ‘This Is A Time For Facts, Not Fear,’ Says WHO Chief As COVID-19 Virus Spreads