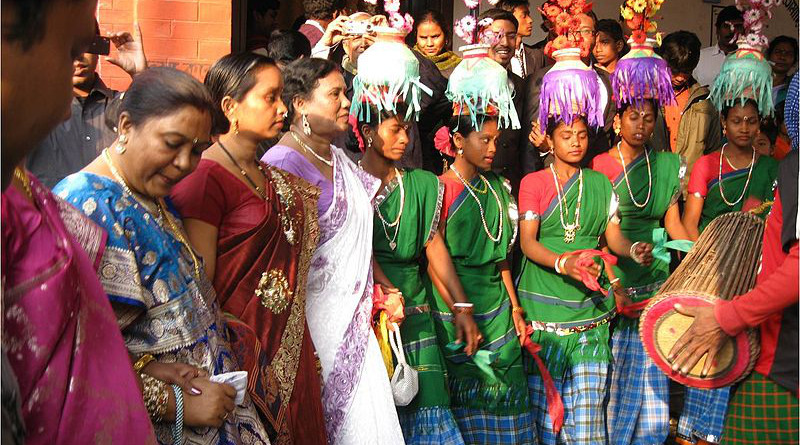 A senior Catholic official in Bangladesh has condemned an attempted forceful eviction of 20 ethnic Santal families by a group of Muslims and demanded immediate action to reinstate legal entitlement of their land.

“As per the law of the country, a person residing on particular land for a long time is legally entitled to land ownership. It is really sad to see people face eviction threats and have no one to raise a voice for them as they are poor and powerless,” Holy Cross Father Liton H. Gomes, secretary of the Catholic bishops’ Justice and Peace Commission, told UCA News.

The priest was reacting to an eviction attempt of 20 Santal Hindu families by Muslims in Ranirhat Bazar area of Sherpur in Bogra district on March 10.

Dozens of Santals migrated to the area during the zamindari period of landholding in British-ruled India and are involved in agriculture and daily labor for a livelihood, community leaders say.

Authorities of Hafezia Qwami Madrasa, an Islamic school, have recently been trying to grab their land by forceful eviction.Madrasa officials wants to grab the land to lease it out for a marketplace to make money, said Bashi Soren, 44, a Santal leader.

“Earlier they issued threats for eviction from the land. On March 10, they forcefully set up a tin-roofed shop. They beat up Santals who tried to resist and brought in some local thugs to smash several mud houses of Santals. Many Santals fled their houses fearing for their lives,” Soren told UCA News.

Madrasa director Mokhlesur Rahman and his brother Mokbul Hossain are the masterminds behind the eviction attempt, he said.

“About 70 Santals from 20 families have no property except their ancestral land. They are poor and illiterate, so most of them don’t have land documents despite living here for decades. If they are evicted, they will have nowhere to go,” Soren added.

Rahman and Hossain refused to talk to UCA News when contacted by telephone.

“It is true that Santals have been living here for more than 100 years but the news about eviction was exaggerated,” said Zakir Hossain Khan, a local politician and chairman of Bishalpur Union Council, a local government body.

“I am aware of the incident but there was no eviction attempt on Santals. I guess Santals have got scared as the madrasa authority set up a tin house. Santals are poor people and my voters, so I will resist any attempt at their eviction. I will visit the area soon and do everything to resolve the problem.”

Police have yet to receive a written complaint from the Santals, said Humayun Kabir, officer in-charge of Sherpur police station.

“Santals filed complaints with the UNO (chief government officer) of Sherpur, which was sent to me. As far as I know. no eviction has taken place, but I will send my force to investigate what happened,” Kabir told UCA News.

“People of all faiths and ethnicities are citizens of this country because they have fought and suffered together for independence from Pakistan in 1971. The Church strongly advocates for inclusive development for all, and so these poor and helpless people must have legal entitlement to the land and be allowed to live peacefully,” the priest added.

About 90 percent of Bangladesh’s population is Muslim, about 8 percent Hindu and the rest belong to other faiths including Buddhism and Christianity.

About 99 percent of people are ethnic Bengalis and about three million hail from dozens of ethnic indigenous communities.