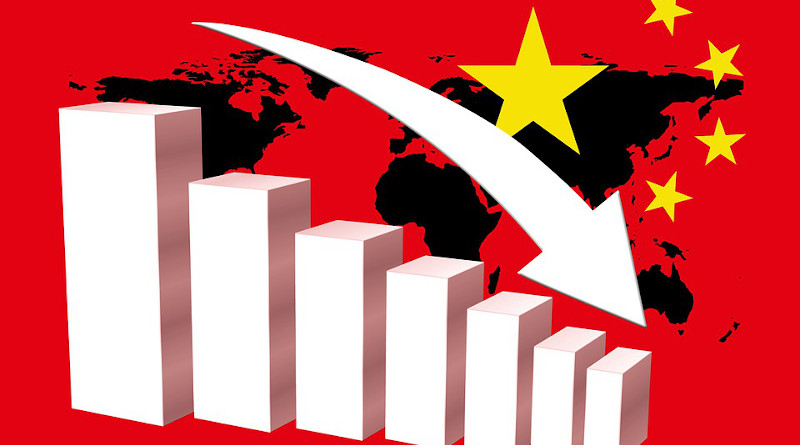 It is not disputed that the Coronavirus, now officially named Covid-19, originated in Wuhan of Hubei Province, China.

Official Chinese sources say that it was on December 10, 2019 that the first case was reported.  One Wei Guixien started feeling sick.  He had probably visited the local Chinese wild life market where wild Civet Cats are traded.

Twenty one days later- on 31st December precisely, the Chinese Officials announced the outbreak of a mysterious pneumonia  that affected most of the Patients who had visited the local Wuhan food market.

The same official sources had also declared that there was “no clear evidence of human to human transmission” thus fooling the whole world that the virus is a localised one, not transmitted from human to humans and that everything is ok. It looks that it was done more to please the bosses than come out with any uncomfortable truth and thus losing one’s career!.

It was only on Jan. 18 that it was officially admitted that of the possibility of human to human transmission.  But then it was too late.

This declaration should be read with what the Chinese said in March 2019.  The Head and Director of the China’s centre for Disease control and Prevention, Mr. Gao declared that while a virus could emerge at any time it “would not in future cause and epidemic”.

Though it is officially said that the effects of the virus were noticed only on December 10th, there have been reports of the virus having emerged in November itself.

Even granting that the officials knew of the Virus on December 10th, there is no explanation from official sources as to why the incidents were suppressed and the World misled.  A delay of 21 days is by measure one of Criminal Negligence.

No “Early Warning system “ was put in place once the mysterious emergence with clear signs pointing towards the local Wuhan market was known and not suspected.

The Doctors were under strict instructions not to report the cases and forbade them not disclose details.  Why this secrecy?

Dr. Ai Fun, Head of the Wuhan Hospital Emergency Department was “muzzled” by the local Police not to raise any alarm!

Another well-known case was of Doctor Li Wenliang who had told some selected people of the new virus.  Dr Li was officially called to the Police Station on Jan. 3rd to sign a letter that he spread “untrue speech” in warning his colleagues about the Virus.  Dr. Li unfortunately succumbed to the illness and is now considered a ‘martyr’.

The most recent case is that of Ren Zhiqiang, a propertied man in his own right, expressed the view the Party’s limits in free Speech had exacerbated the epidemic.  No wonder he is missing since he made that statement a few days ago.

How could then that anyone  have the courage to tell the truth unless authorised by the Party Leadership? Amidst world wide criticism of deliberate suppression and down playing of the severity, the Chine Politburo Standing Committee admitted finally of ‘shortcomings and deficiencies’ in the country’s response to the Corona Virus.

The official Chinese Party Paper Qiu Shi in mid Feb. also admitted that the China’s Leaders were informed as early as January 7th. (SCMP of Hong Kong of the mysterious illness and the suspected Virus.  No clear direction was given then.

International Health Regulations  were not put in place in time.  The secrecy and delay in responding to the seriousness of the virus that could be transmitted from human beings to other human beings hds brought immense distress to people in many countries who are yet come to terms as to what it would mean to their lives, economy and the polity.

It is said that Wuhan has two laboratories linked to Chinese Bio Warfare Programmes.  The Wuhan Institute of Virology started in 2012 has very fine and competent Research Scholars some holding PhDs doing comprehensive Research on virology and bio safety.  In their collaboration with the French now known as P4 Virus Lab. it has the most modern state of the art Centre for Infectious Diseases.  Were these professionals involved in examining the causes or were they themselves responsible for the virus?

Latest statistics are available of confirmed deaths, suspected positives and negatives in the internet.  While China leads with incidence of over 80,000  it is  followed Italy over 20,000 and of all countries Iran with over 12,000 cases followed by South Korea, Spain, France and Germany in that order.  Many other countries are worried as they are not sure as to how to deal with the spread and even in India where testing centres are too few and far between.

Meanwhile it is noticed that the Chinese President has used this opportunity to sack the top party officials in Wuhan and replace them with his own loyal personnel. One such instance is the replacement of CPC Head Jiang Chaoling with the Shanghai Mayor- Ying Yong.

So China faltered and the helpless World is suffering.