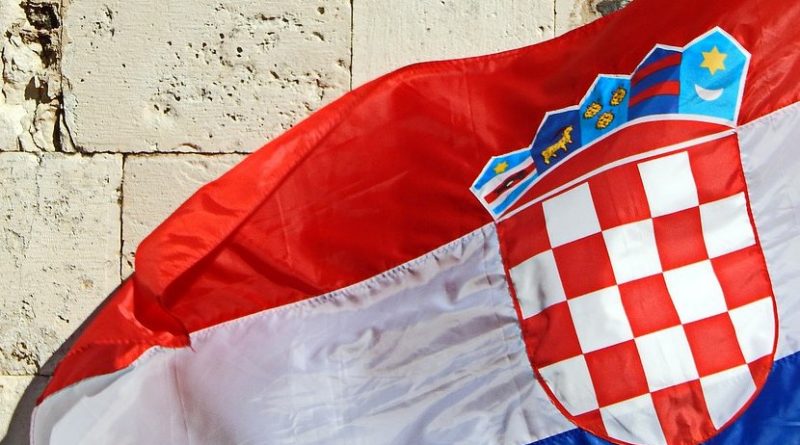 Thank you, your excellency, Andrej Plenković, Prime Minister for the kind invitation to come to Croatia. Also, I am grateful to Governor Vujčić for the kind introduction and to all colleagues from the Central Bank of Croatia for organizing with us this second conference in Dubrovnik.

I am delighted to have the opportunity to visit this unique city. Given the title of this conference: “Navigating the Future in Central, Eastern, and Southeastern Europe,” it is appropriate that we have a seaport as a backdrop for our discussions.

Today, I would like to talk about potentially one of the most significant challenges for the region in sustaining strong economic growth: that is, a shrinking and aging population.

The countries of Central, Eastern, and Southeastern Europe are facing a significant demographic transition: the population is rapidly shrinking and becoming older.

From one view point, this changing profile is, literally, living proof of the region’s recent economic progress. It is to be celebrated.

Over the past three decades, living standards in the region have risen rapidly. GDP per capita has more than doubled, and per capita incomes now approach those of Western Europe in some of the countries. Longevity has also risen, with life expectancy increasing from 67 to almost 74 years since 1995.

On the other hand, increased longevity, together with declining fertility rates and emigration have had less positive effects. The region is now facing severe pressures. Pressures that will increasingly strain the labor market, government resources, and economic growth.

New IMF research—which we are releasing today—suggests that the population of the region, excluding Turkey, will decline by 12 percent by 2050 due to aging and migration. The reduction in the labor force is likely to be even larger: down 25 percent over the next three decades.

This means that the working population will have to support more than twice the number of elderly people that it currently does.1

These demographic challenges could significantly slow economic growth. Shrinking labor supply and lower productivity of older workers, together with greater pressure on public finances, could cost countries about 1 percent of GDP per year.

This will also slow income convergence. Our paper estimates that, in the absence of demographic pressures, per capita GDP in the region could have reached 74 percent of Western European levels in 2050, up from 52 percent in 2020. With the demographic headwinds, CESEE’s per capita GDP is projected to reach only 60 percent of Western European levels in the same time frame.

This picture resembles the demographic transition in Japan that began a decade ago. But CESEE is facing demographic pressures at an earlier stage of development than many advanced economies.

At a similar demographic point, per capita incomes in Sweden, Norway, or Germany were close to US levels. In contrast, CESEE economies are hitting this critical juncture with per capita income at half that level.

Countries in the region are at risk of getting old before becoming rich. How then can policymakers be good sailors and tackle these demographic headwinds?

2. How to address the demographic transition?

Of course, priorities and solutions will differ across countries, but today, I would like to propose three responses to mitigate the effects of the demographic transition.

In CESEE, adverse demographic trends are exacerbated by an exodus of mostly young and educated workers.

Between 1995 and 2017, CESEE countries, excluding Russia and Turkey, lost around 7 percent of their workforce.2

Policies that stem emigration and create incentives for the return of those who left—some of which I will mention later—can help boost labor supply.

Some countries in the region have chosen to respond to the shortage of workers by supporting the hiring of more foreign workers.

Immigration is a political choice but ruling it out puts a greater burden on other policies. I will not elaborate on this further since you will hear more about this from Prof. Dustmann during his keynote speech.

Policymakers could also consider raising the retirement age and ensure pensions are compatible with work. Nevertheless, for older workers to remain in the labor force, health outcomes would need to improve.

But, implementing these two set measures may still not be enough. Our research finds that, alone, they cannot compensate for the dramatic demographic transition to come.

Let me focus then on a third policy area that could help counter the demographic challenge we face. That is, technology.

The effective use of technology is already a reality in the region where many firms have embraced automation.

Robot penetration rates in Hungary, Poland, Slovenia, and the Slovak Republic are well above those of other middle-income economies and this trend is set to continue. Slovakia already has 2.5 robots per 1000 workers, half the ratio of Germany.

And the International Federation of Robotics projects a 21 percent annual growth rate in robot shipments to the region by the end of this decade, implying that soon the region would have double the robots of the average European economy.

This intense process of automation is happening not only in the automotive industry, but also in the food and beverages industry and in the life science sector.

CESEE is leading the way in automation among middle-income countries. But to ensure that this potentially disruptive force continues to benefit workers, technology also needs to be accompanied by appropriate policies. Two set of measures are crucial for technology to be part of the solution to the demographic woes of the region.

A comprehensive reform of education systems and substantial investment in lifelong learning and retraining schemes are a must. These measures should be combined with policies that prevent a permanent brain drain from the region. Safety nets will also need to be enhanced to ensure the benefits of technology are widely shared.

Better institutions can reattract some of the most educated people who left. Together with modern regulations and better infrastructure, stronger governance can also help the business environment, promote innovation and greater sharing of the benefits of technology.

So, let me conclude.  There is no question that the countries of Central, Eastern, and Southeastern Europe face a daunting demographic challenge. However, this challenge differs appreciably across countries.

It is a challenge that will require robust and imaginative responses and those will differ across countries. As we have seen, many in the region are rising to the challenge and are already at work on effective solutions.

I look forward to a mutual exchange of ideas at this conference to see how we, policymakers, can boost the labor force and ensure new technologies help address the demographic challenges!

Thank you very much.

2 Computed from the UN Migration Database, as the change in the stock of emigrants from the region between 2017 and 1995 as a fraction of the 1995 population aged 15-64.