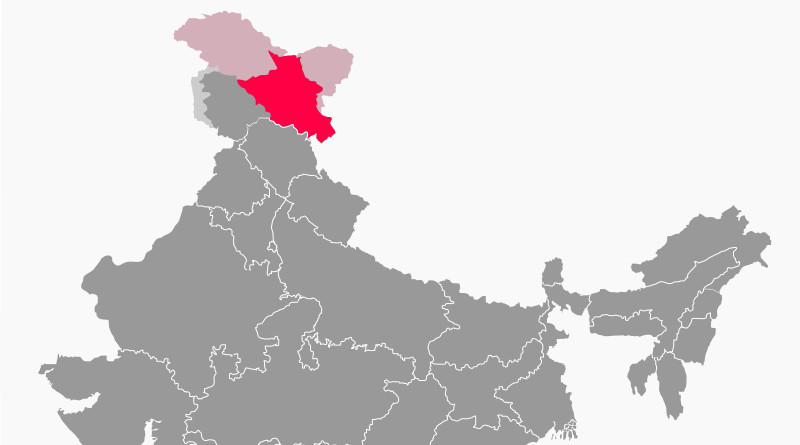 The good news about the Ladakh standoff is that both New Delhi and Beijing have agreed not to allow “differences to become disputes.” The bad news is that while both countries have settled to “expedite work to conclude new confidence building measures to maintain and enhance peace and tranquillity in the border areas,” surprisingly, the onus to “quickly disengage, maintain proper distance and ease tensions has been passed on to “border troops of both sides.” To facilitate this, both foreign ministers have recommended that the Indian army and PLA “should continue their dialogue.”

On the face of it, the proposal to allow the two armies to resolve differences in perception regarding the alignment of the Line of Actual Control (LAC) appears to be a good idea since it would enable military commanders on the spot to localise contentious issues and settle them amicably. This in turn would prevent minor perceptional disagreements taking an ugly turn, getting ‘physical’ and ending up snowballing into a major crisis. But while it looks good on paper, even a layperson would realise that there are certain glaring fundamental infirmities in the proposal due to which its practical implementation well-nigh impossible.

Firstly, in order to resolve differences regarding alignment of the LAC locally, the concerned military commanders on both sides must first arrive at an agreement and this is possible only if they are able to define an alignment that’s mutually acceptable. This arrangement may suit communist China which has a convoluted military hierarchy (remember seeing snaps of the Chinese Defense Ministry team teeming with military officers, while there was not even a single military representative in Indian Defence Minister Rajnath Singh’s team?). But in democratic India, the constitution doesn’t empower the military to take any decision that involves adjusting the LAC alignment by even an inch. So, to expect that Indian military commanders can go about realigning the LAC in order to resolve perceptional differences is a laughable idea!

So, while the Indian Foreign Minister and his Chinese counterpart may have “had a frank and constructive discussion on the developments in the India-China border areas as well as on India-China relations,” but in the joint statement issued after this meeting, there are no specific and well-defined or time bound initiatives at government levels mentioned to resolve the current crisis. Au contraire, return of normalcy along the LAC is being directly linked to dialogue between military commanders with the expectation of it culminating in quick disengagement, maintaining proper distance as well as easing of tension. Therefore, these recommended measures not only give a creepy feeling but also a lingering sense of unease.

The abovementioned actions would surely work wonders under idyllic conditions-unfortunately, the current situation in Ladakh is anything but that. In the first place, how can military commanders go about effecting a “quick disengagement” without having resolved the currently differing perceptions on alignment of the LAC? Secondly, how does a military commander decide what “maintaining proper distance” translates into in terms of measurement units? Lastly, with PLA maintaining that they are well within their own territory and Indian army hotly contesting this claim, how does one adjudicate as to who’s right and who is wrong?

Till the current crisis erupted, peace and tranquillity prevailed along the LAC despite differing perceptions on the LAC alignment since both armies patrolled upto the point which they claimed was their territory. For example, in the Pangong Tso area, while the Indian army patrolled upto ‘Finger 8’ (Indian claim line), PLA patrols came upto ‘Finger 4’ (Chinese claim line) and the same was true for other areas too. However, it was the PLA which started physically blocking the movement of our patrols in these areas this led to brawls and it was failure of the Chinese military hierarchy to arrest the provocative trend of their rank and file that culminated in the bloody Galwan incident on June 15!

There’s no doubt that PLA has transgressed into Indian territory and New Delhi’s decision to play- down the same may have been influenced to a great extent by political considerations. But this was also a very mature decision from the diplomatic point of view as it gave both sides a fair chance to resolve the issue amicably without being compelled to take incongruous positions due to domestic pressures. It goes to New Delhi’s credit that it kept the window of diplomacy open for three months and it was only after realising that Beijing wasn’t inclined to restore status quo ante that it decided to payback Beijing in the same coin by acceding  to the army’s recommendation of occupying key dominating features on our own side of LAC that provided a tactical advantage.

The patience and restraint displayed by New Delhi during the current crisis in Ladakh has been well appreciated by the international community. furthermore, its proactive decision to enhance the army’s defensive posture all along the LAC has not only thwarted any further intrusion plans of the PLA but has also put the Indian army in a dominating position. That Beijing considered it urgent to hold meetings with New Delhi at the Defence and Foreign Ministers level after Indian army had taken up forward positions along the LAC is certainly not incidental nor coincidental.

By intruding across the LAC and refusing to budge, the PLA has made its intentions absolutely clear and since it has violated existing border agreements, Beijing is solely responsible for creating a ‘trust deficit’. Accordingly, New Delhi should now be extremely cautious when it comes to believing any assurances emanating from Beijing and must think a thousand times before taking any steps to pull back the army from forward areas, especially where it is dominating PLA positions. This is because now that Beijing has reneged its own commitments, where is the guarantee that PLA won’t occupy the dominating heights on Indian side of LAC once these are vacated by the army? Moreover, with China being a permanent UNSC member with veto powers, in case PLA does make fresh incursions, to whom will New Delhi complain?

Permanent deployment of armed forces in inaccessible areas comes at a prohibitive cost and that’s why no developing nation would ever like to exercise this option-unless it’s imperative. So, even though India has been the victim of China’s betrayal in 1962, successive governments have all along found it expedient to discount any military threat from China in order to cut defence spending. Furthermore, except for 1967 when Indian army and PLA clashed at Nathu La in Sikkim, aggressive actions by PLA were limited to shallow incursions across the LAC followed by subsequent withdrawals, and this coupled with Beijing’s sweet-talk seems to have lulled an already complacent New Delhi into a deep stupor.

Let’s not forget that unlike Pakistan which often acts without thinking, its ‘all-weather’ friend Beijing does just the opposite. So, New Delhi needs to accept two realities- one, that the present incursions in Ladakh are neither aberrations nor temporary in nature- they are part of a well-considered strategy taken by Beijing after due deliberation. Two, the five point ‘formula’ enunciated after the foreign ministers’ meet is nothing but an exercise in rhetoric and typical of Beijing’s diplomatic craftiness to obfuscate the core issue of PLA’s intrusions and instead trying to make it appear as if it’s India that has precipitated the current crisis.

In our characteristic exuberance to mend fences, let’s not forget that peaceful resolution of territorial disputes the world over is the sole preserve of governments and not armies and as such, there seems to be much more in Beijing’s attempt to delegate responsibility resolution of the current crisis to Indian army and PLA, than what meets the eye. Given the fact that Indian army-PLA talks have yielded no results whatsoever in the past, couldn’t passing the buck of resolving what’s essentially a political issue onto the army be part of Beijing’s game plan of putting the core issue of Chinese intrusions into a ‘military induced’ coma?