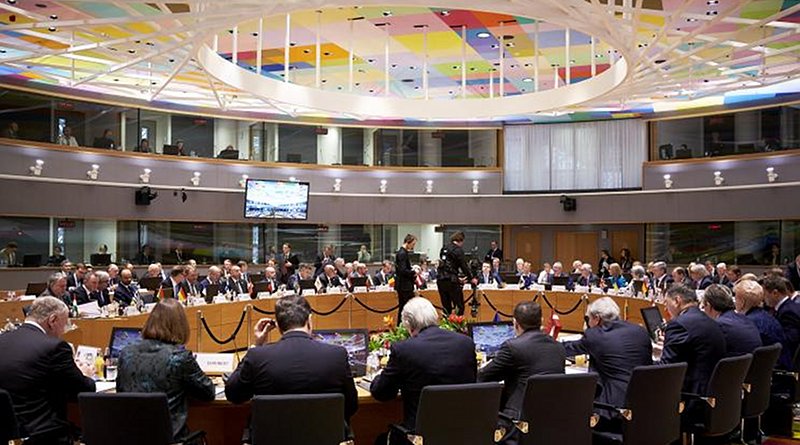 In 2019, when the European Union (EU) and six countries to the east of the EU (Armenia, Azerbaijan, Belarus, Georgia, Moldova and Ukraine) marked the 10th anniversary of their Eastern Partnership (EaP), foreign ministers underlined common work on trade, visa liberalization, economic development and human rights that had been encouraged by (or through) the partnership. The occasion was an opportunity to highlight the partnership’s achievements, which are often overshadowed by a tendency to focus on problems and challenges. For example, it is worth noting the tangible increases in the volume and value of trade and a growing number of people-to-people contacts (not least in the fields of education, research and youth engagement).

The EaP promotes economic integration and political association with the EU, and cooperation has delivered important results in the development of national laws and the strengthening of institutions needed for modern and effective governance. However, there is criticism that clarity about the EaP as a political project has not sufficiently matched the detailed, technical work of aligning laws, regulations and standards. A new understanding of the political project that unites the EaP countries needs to be created.

The political guidelines for the next European Commission 2019–24 published by Ursula von der Leyen in July 2019 are addressed to EU member states, but they also indicate how a joint programme with partners to the East could be constructed. The guidelines place a strong emphasis on the relationship between economic and technological development and how initiatives can be harnessed in ways that deliver direct benefits to citizens. The most specific parts of the guidelines refer to issues where partners could play an important role in cooperative efforts.

The guidelines highly prioritize the EU’s environmental agenda, with a focus on developing a ‘green economy’ that can deliver economic growth and enhance citizens’ quality of life but also have a strong impact on climate-related concerns. The guidelines also focus on how the EU can benefit from the digital economy, which is considered a key area of future growth and prosperity. These priorities connect with the current concerns of citizens and are likely to engage the interest of young people, who have publically registered a strong interest in both environment and digital technology.

These forward-looking initiatives should not be the exclusive preserve of EU member states: they should be included into the next phase of EaP cooperation. Economic and technical cooperation can form the basis for the joint political project of ensuring that the largest number of European citizens achieve the highest standard of living and quality of life.

Demographic metrics and educational standards suggest that Ukraine should be an important medium power in the international system, broadly comparable to a country like South Korea. However, the Ukrainian economy is less than 10 per cent the size of South Korea’s, and Ukraine is far from reaching its potential. Thus, opening cooperation to partners is in the self-interest of the EU. A prosperous and technologically advanced neighbour with a population of over 40 million would provide the EU with an important economic partner, help reduce political instability in the immediate neighbourhood and help generate positive development in a common neighbour of the EU and Ukraine, namely Moldova.

Security dimensions of the Eastern Partnership

In the first decade of the EaP security issues were addressed indirectly through ‘soft security’ measures. Some of the projects sketched above would inevitably expand the focus to new issue areas. For example, the digital economy must manage cybersecurity risks and develop effective tools to respond to anti-social and malicious use of digital space. However, partners will remind the EU of the need to play a direct and active role in conflict management.

Thirty years after the end of the Soviet Union, the Eastern partners cannot be placed in a uniform category of ‘post-Soviet’ states as each of them has specific aspirations, objectives and personality. However, fragmenting the EaP into a series of bilateral relationships would take away a valuable space in which the partners can discuss issues of mutual interest and concern with each other, as well as with the EU. Moving forward the EaP will probably emphasize a more differentiated approach that tailors projects to the needs of individual partners, but country-specific actions should still co-exist with common elements, including a security roundtable.

Belarus is the only EaP partner that is not directly affected by unresolved conflicts, but Belarus is sometimes treated in the security discourse as a geographical space, or province, of Russia—rather than as a state with agency and its own interests. If EaP discussions included a roundtable on European security, the results could be harvested in a systematic way and introduced into the wider inter-governmental dialogue in the context of the Organization for Security and Co-operation in Europe (OSCE).

The EU is not a powerful military actor—and it will not become one in the near term—but it is taking a greater interest in security and defence matters. For the first time the budget proposed by the new European Commission anticipates financing the development of military capabilities that its member states need. A framework for engaging non-member states in defence industrial projects is under discussion. The framework is mainly focused on the United Kingdom and the United States, but when considering how non-EU states can participate in joint projects partners to the east should also be considered.

An opportunity was missed, when the Ukrainian company Antonov was excluded from the development of a heavy lift transport aircraft to provide Airbus with a protected market for a new product. Including private companies from partner countries in industrial collaboration through future projects would facilitate the application of the most modern management techniques as well as providing stronger safeguards against corruption. The EU is building its own capabilities to be a more effective actor in security and defence, but a selfish and protectionist approach that forces EAP countries to seek other military partners or sell their military equipment in world markets would ultimately be counter-productive.

As the EaP enters its second decade the partners have an opportunity to create a positive agenda for change that can engage citizens, particularly young people. At their 2020 Summit EaP leaders should use the political guidelines for the next European Commission 2019–24 as a starting point for their new programme of work. In addition, the leaders should add a security table to the EaP as a positive contribution to European peace and stability.

*About the author: Dr Ian Anthony is the Director of the European Security Programme.

Source: This article was published by SIPRI